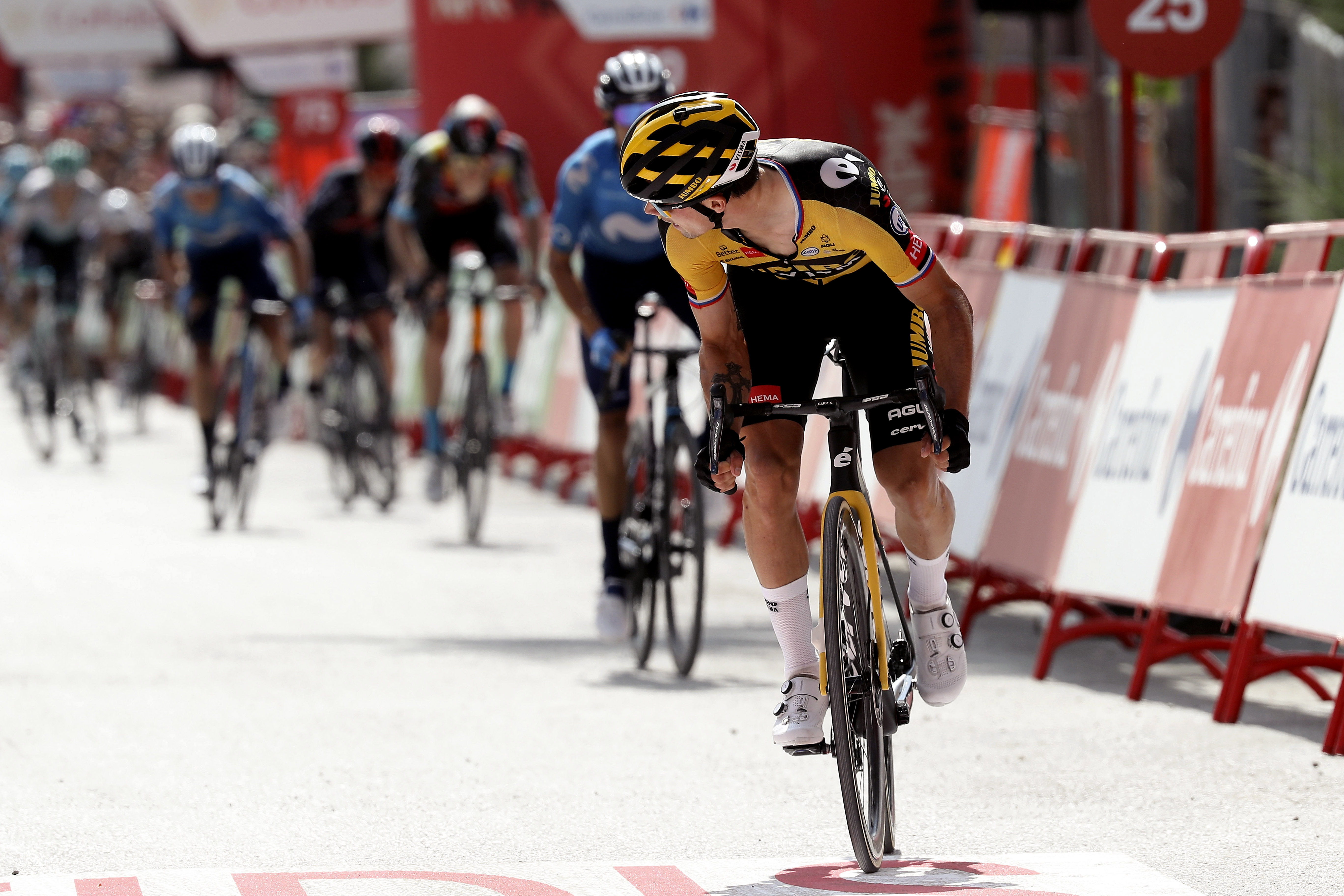 Primož Roglič (Jumbo-Visma) used the steep climb to Valdepeñas de Jaén to make his move and win stage 11 of the Vuelta a España. It is one of the toughest and most iconic climbs in the history of the Spanish Grand Tour, with a section at 24 per cent gradient, and it saw a true showdown of GC riders on the final kilometre Wednesday.

The two-time Vuelta champion surged past the final rider of the day’s breakaway, Magus Cort (EF Education-Nippo), in the final 200 metres to take his second stage victory at this year’s race. His Movistar rivals, Enric Mas and Miguel Ángel López were part of the explosive moves on the final kilometre, Mas finished second and his teammate López, followed five seconds later for third.

Wednesday’s stage was the shortest road stage of the race in distance, at 133.6 kilometres, taking the riders from Antequera and headed inland from the south of Spain for an up and down dayto Valdepeñas de Jaén.

After winding through endless olive groves, Magnus Cort struck out along and held a 20-second gap as he made the final ascent. However, Roglič and Mas took off at the 24 per cent gradient section to catch and pass Cort inside the closing metres. Finishing 10th on the stage was maglia rojo Odd Christian Eiking (Intermarché-Wanty-Gobert), who was 11 seconds behind Roglič but continued as the race leader.

Check out the video highlights above for this exciting stage.