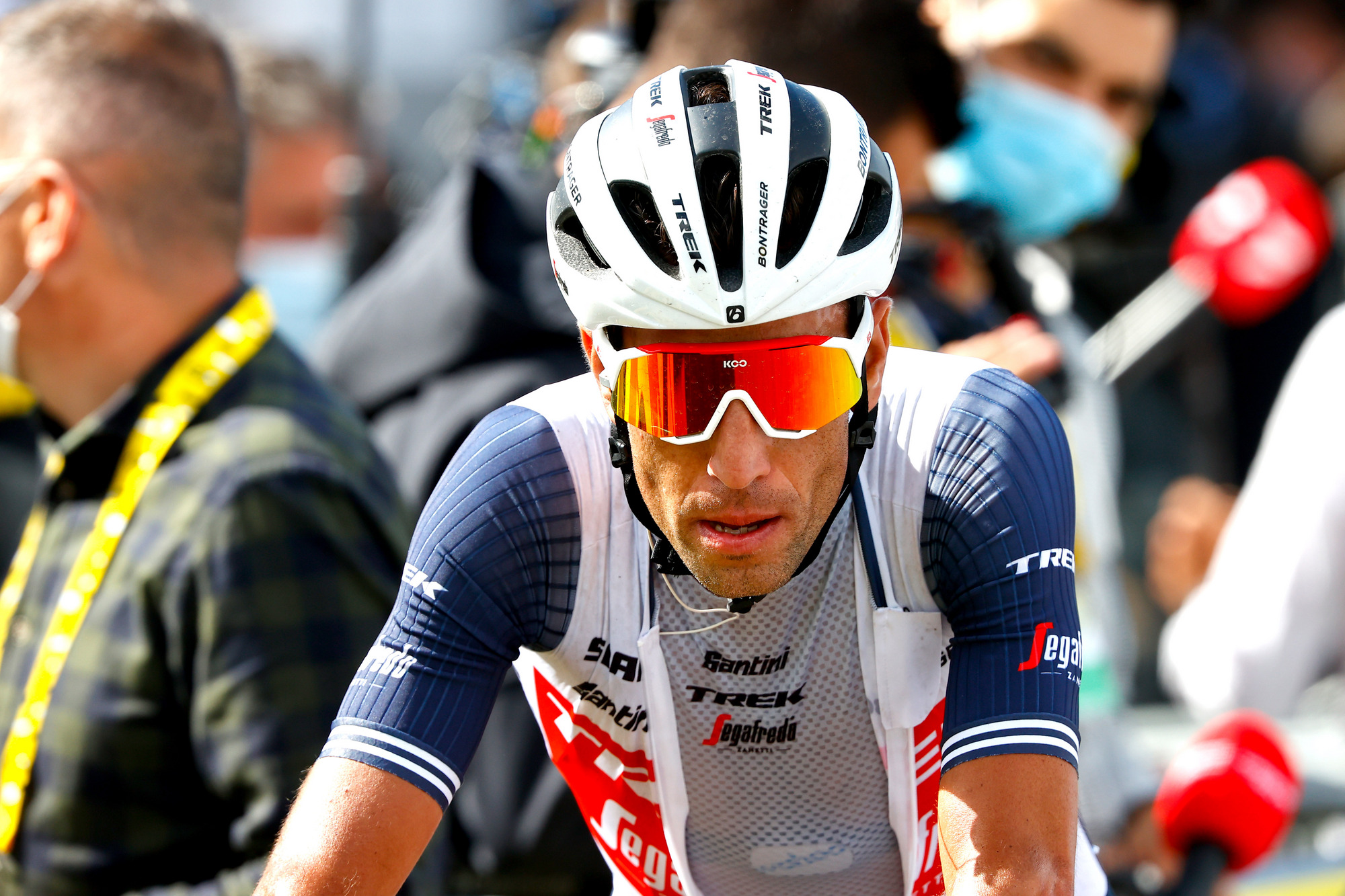 Vincenzo Nibali is hoping score for Italy on the day the Azzurri play Belgium in the UEFA European Football Championships but is stuck between cycling’s rock and a hard place. The Trek-Segafredo rider is not strong enough to be an overall contender in this year’s Tour de France but has still to slip down the overall classification sufficiently to be allowed to go up the road and into a breakaway.

The 36-year-old Sicilian seems perfect for Friday’s marathon 249 kilometre stage from Vierzon to La Creusot, the longest of the Tour for 21 years.

After riding the Giro d’Italia, Nibali has the endurance and recovery to face six and a half hours in the saddle. He has won all three Grand Tours, Milan-San Remo and Il Lombardia during his prestigious career and has the bike skills for the climbs and technical descents in the final 50 kilometres of the stage, which will surely shake out the expected breakaway.

Nibali’s problem is that he is still 19th overall in the general classification, only 2:55 behind leader Mathieu van der Poel (Alpecin-Fenix).

He had never planned to target the overall classification at the Tour after riding the Giro d’Italia and with the Tokyo Olympic Games as a major goal. Yet his personal pride and the ever-constant dreams and expectations of the Italian tifosi always make it difficult for Nibali to give up chasing the yellow jersey, leaving him in limbo perhaps until after the Alps.

“I’m not feeling bad, in fact I’m feeling pretty good but I’m only three minutes down in the GC and so it’s not really enough to go on the attack,” Nibali told Cyclingnews and La Gazzetta dello Sport after the finish in Châteauroux as the Tour transferred from the flat roads of central France to the hillier, narrow country roads of the Morvan much further east and south.

“They’ll probably want to close me down because if the break goes, I could move up in the GC and in theory even take the jersey. My presence would probably derail any breakaway attempt and I honestly wouldn’t want to upset the true stage win chasers and baroudeur like Thomas De Gendt, Alejandro Valverde and my own teammates Julien Bernard, Kenny Elissonde and Toms Skujinš.”

Nibali also has to think about his sixth consecutive weekend of racing at the Tokyo Olympics on Saturday July 24, just six days after the Tour finishes in Paris.

Nibali secured his place in Italy’s five rider squad alongside Giulio Ciccone, Alberto Bettiol, Gianni Moscon and Damiano Caruso with an aggressive ride at the Italian National Championships and in the early stages of the Tour, where he finished up front on the climb to the Landerneau finish and then again was solidly placed atop the Mûr-de-Bretagne on stage 2.

Nibali crashed out of the road race in Rio while descending to what looked like at least a silver medal, fracturing his collarbone. Greg van Avermaet went onto win the gold medal but Nibali is convinced he can have perhaps one major throw of the dice in the tough Mount Fuji circuit near the Japanese capital.

“I’ve got to think about the Tokyo Olympics as I race stage after stage, I’ve got to save something and try to peak for the weekend after the Tour ends. This season there is always something to aim for after every major goal,” he explained.

A victory by Italy against Belgium in the UEFA European Football Championships could be a good omen for Nibali as the Alps and then the more open racing across the south of France near.

“I’ve got to defend Italian pride in the Tour and in our team during the match,” Nibali said. “I’m sharing a room with Ed Theuns who is naturally cheering for Belgium. We’ve already started teasing each other about the match.

“I’ve heard there could be a joint Belgian attack during stage 7. There aren’t many Italians in the Tour so we can only hope that one of us gets in the break and then puts it in the back of the net.”

From Peter Sagan to Sam Bennett: Your guide to the biggest transfers of the season