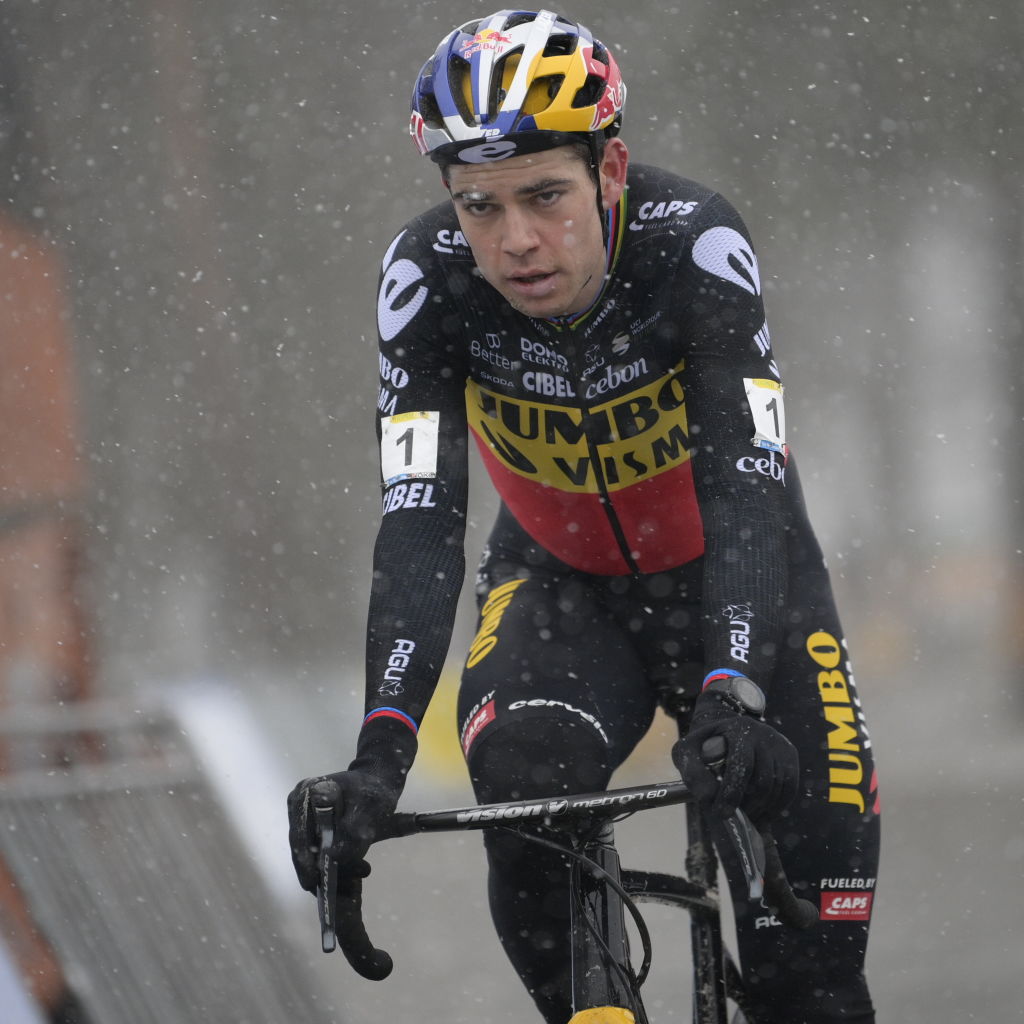 Wout van Aert will temporarily escape the cold-weather in Belgium and take a short trip to Spain where he will join Jumbo-Visma‘s training camp. The Belgian cyclo-cross champion, who won Zilvermeercross on Saturday, said that he will return to compete at the World Cup in Overijse on January 24 and the UCI Cyclo-Cross World Championships on January 30-31 in Ostend, Belgium.

“I suspect that I will mainly have to have team photos taken there,” Van Aert told Sporza. “I will say hello to the road team and will have some good workouts on the road, but my ‘cross bike will stay at home. I will be back in Belgium next Saturday. I now benefit from riding kilometers in the sun.”

Van Aert, who won the Belgian cyclo-cross title last weekend, wore the championship jersey while racing at Zilvermeercross in Mol, where he won the race ahead of Laurens Sweeck (Pauwels Sauzen-Bingoal) and Lars Van Der Haar (Baloise Trek Lions).

It was his fourth time winning the elite men’s national championship title but only the first time that he has been able to wear the jersey as these victories overlapped with his three world titles won in 2016, 2017, and 2018.

“It’s great to win in the Belgian tricolour,” Van Aert said following the race in Mol. “I’ve been a national champion with the pros a few times, but I had never been able to show the jersey until today. That is very special. It was not an easy ‘cross race. There was a lot of wind, so it was ideal that Sweeck could keep up with me that long. I put pressure on him several times, but he managed to stay with me. When I saw that I finally had a gap, I went full steam ahead.”

Jumbo-Visma are currently holding their pre-season training camp for 10 days in Alicante, Spain. Van Aert’s contract with Jumbo-Visma is set to expire at the end of this season, however, It has been reported that he has signed an extension with the team. However, Van Aert was quick to deny that he had signed an extension, telling Sporza, “I haven’t signed yet. They [the media] invented something that isn’t true yet.”

Following his quick visit to the Jumbo-Visma training camp, Van Aert will return to race in cyclo-cross races in X2O Trofee Hamme – Flandriencross on January 23 and the World Cup in Overijse on January 24, before turning his attention to the World Championships.

Due to COVID-19 health restrictions, the World Championships will only host events for the U23 and elite categories. The U23 men and elite women will race on the Saturday, January 30, followed by the U23 women and elite men on the Sunday, January 31. No fans will be allowed to attend.

Preview: What you should know about the 2021 women’s Strade Bianche

‘Wout and Mathieu are the big favorites’ – VeloNews.com

Science of Getting Faster: Ketones and Recovery