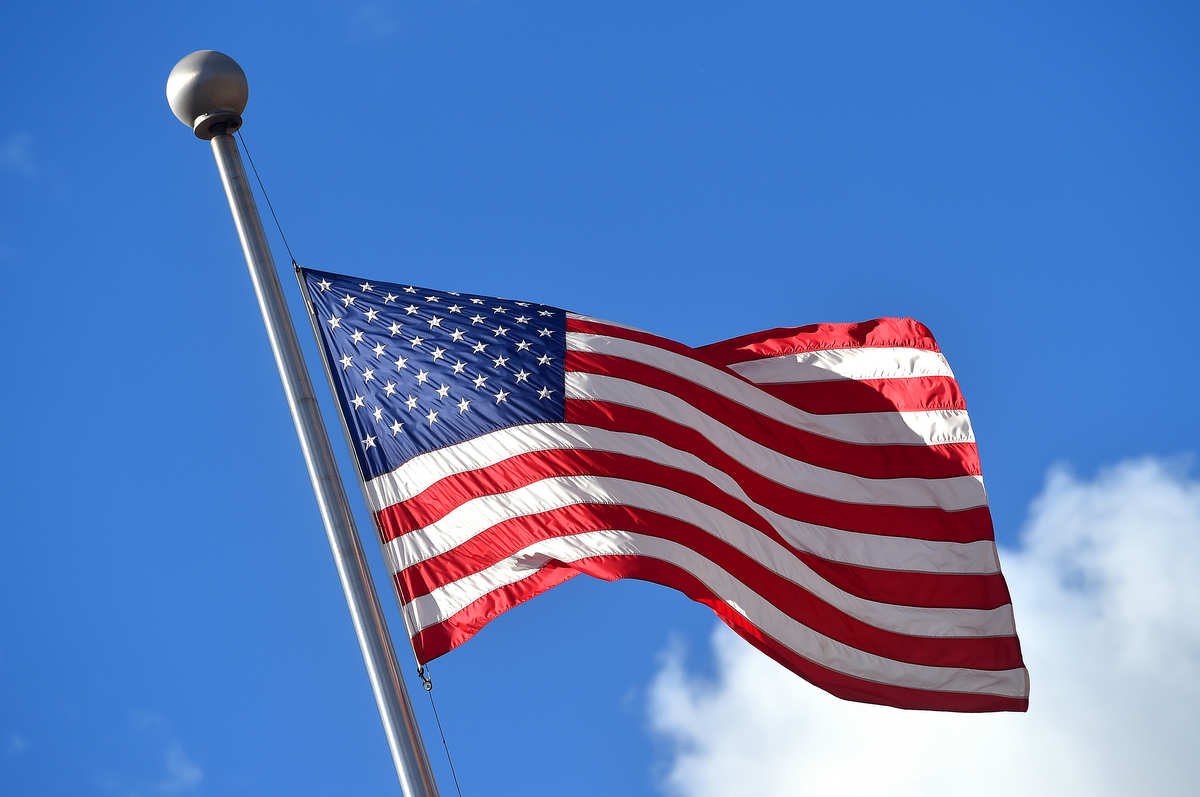 USA Cycling issued an official statement on how anti-transgender legislation might affect its upcoming events, saying the federation will “respect the rights” of athletes and members who intend to boycott events in states that enact discriminatory laws.

The announcement comes after Arkansas and Tennessee passed laws banning transgender athletes from participating in sports according to their gender in public schools, and a separate Arkansas law restricting gender-affirming medical care for transgender minors.

Arkansas is home to several national and UCI-sanctioned races including the 2021-2022 UCI Cyclo-cross World Cup and 2022 UCI Cyclo-cross World Championships, while Tennessee will host the 2021 US Pro Road National Championships in Knoxville. Mississippi has also passed a transgender athlete ban, while North Carolina, Oklahoma and Pennsylvania and more than a dozen other states are considering anti-transgender legislation.

“In light of recent discriminatory anti-transgender legislation in Arkansas and several other states where USA Cycling and UCI events are being held, USA Cycling wishes to reaffirm its position on the subject of inclusion in cycling events: the practice of sport should be available to everyone,” USA Cycling’s official statement read.

“USA Cycling is unequivocally opposed to any legislative efforts that aim to limit an athlete’s access to competition. We respect the rights of athletes and members of our community who wish to boycott events which take place in those states where this legislation is being threatened or enacted.”

However, USA Cycling’s CEO Rob DeMartini said this week that he “was not sold” on the idea of a boycott of events in those states being effective and hoped to remain engaged with those states to influence their legislation. But his admittedly poorly-worded comments to Singletracks were deemed ‘unacceptable’ by transgender Cyclingnews analyst Philippa York.

York wrote, “choice of venue is going to be more and more scrutinised on the basis of whether all those present are treated with respect and dignity, and if they aren’t, then saying or doing nothing is no longer acceptable.”

USA Cycling stated in its press release that it would only consider venues “that welcome all our members” for future USA Cycling National Championships. The UCI-sanctioned events are produced by local organising committees or, in the case of the World Cups, by Flanders Classics.

Fayetteville 2022 organiser Brook Watts was quick to issue a statement condemning the Arkansas laws and hoped fans would take action by donating to causes that are fighting against the discriminatory laws and not by boycotting.

In 2017, a boycott against North Carolina’s anti-trans ‘bathroom bill’ cost the state $3.6 billion in lost revenue after the NCAA, NBA and other major organisers moved events out of the state.

With only six months until the World Cup in Fayetteville, a lead-up to the Worlds in just nine months, moving those events elsewhere would likely mean to Belgium or some other already-established cyclo-cross venue.

Conservative lawmakers in the US have been buoyed by four years of the Trump administration and by lobbying from groups like Save Women’s Sports that aim to prohibit transgender females from competing with cisgender females. Their founder, powerlifter Beth Seltzer, notes in a mission statement “if we allow males to compete in female sports, there will be men’s sports, there will be co-ed sports but there will no longer be women’s sports.”

One of the group’s ambassadors is Jennifer Wagner-Assali, who finished third in the 2018 Masters Track World Championships to transgender sprinter Rachel McKinnon. Following the race, Wagner-Assali took to Twitter to complain about the result being ‘unfair’, to which McKinnon responded that Wagner-Assali had beaten her in 10 of 12 races.

Other groups like the Women’s Sports Policy Working Group, which includes tennis star Martina Navratilova among its members, have been lobbying for more inclusive measures that still protect cis-females from potentially hormonally-advantaged transgender athletes by restricting gender-identity based sports inclusion based on hormone status, similar to the rules used by the IOC, UCI and NCAA.

USA Cycling and most other governing bodies in the US have modified their rules to conform with Title IX, a federal civil rights law that prohibits discrimination “on the basis of sex”. The Obama administration expanded the law to protect against discrimination based on assigned sex, gender identity, and transgender status in 2016.

USA Cycling then instituted a tiered system of rules for transgender athletes that are less prohibitive for non-elite riders but follow the UCI’s requirement that transgender females maintain testosterone levels below 5 nmol/L.

In 2017, the Trump administration removed the Obama-era guidance and shifted the responsibility for deciding the answer to who is allowed in sex-segregated teams and facilities to the states.

Whether Title IX protections will ultimately apply to gender identity at the federal level will be decided at the Supreme Court which, despite being stacked with conservative justices under the Trump administration, still ruled that a more general civil rights law, Title VII, protects employees based on sexual orientation and transgender status.

In March, the Associated Press reported from South Carolina that “lawmakers can’t cite local examples of trans girls in sports”. On Friday, North Carolina Health News reported that, “Fewer than 10 transgender athletes, female or male, have sought to play on public high school sport teams that align with their gender identity in the last two years.”

Transgender youth are also far more vulnerable than their peers to mental health issues, drug abuse, suicide and becoming victims of violence and being denied participating in sport, which has been shown to be a benefit in battling depression, only adds to the victimization of these students by forcing them to be misgendered.

Arkansas and numerous other states already have laws on the books to base sports participation by birth certificate gender, the new laws only place more pressure on schools to exclude transgender athletes. A separate law in Arkansas even restricts gender-affirming healthcare which could prevent transgender athletes from competing under UCI rules by denying them access to the medicine that keeps their testosterone in a legal range.

Transgender racer Molly Cameron said in an interview with Bicycling magazine that there is no transgender problem in sports. “In the early 1900s, a conservative narrative was ‘black men are raping our white women’ and now a narrative is ‘trans women are ruining girls sports.’ The reality is that there was and is no black menace and there is no trans menace. There is just fear and ignorance driving these bills across the US.”

What USA Cycling plans to do

In addition to selecting venues for National Championships that ensure inclusion, USA Cycling says it will work to counteract the new laws through “active engagement alongside local groups working to affirm the rights of the entire LGBTQIA+ community by promoting and advancing the discussion and taking a stand against discrimination in any form”.

“While we have work to do, USA Cycling has proudly been among the most progressive governing bodies of sport on the issue of transgender participation, and in 2017 introduced a tiered (elite and non-elite) policy to ensure safe, fair, and inclusive competition. These rules are clear and consistent with the IOC and UCI.

“Moving forward, USA Cycling will amplify our advocacy for safe and welcomed access to all LGBTQIA+ athletes and will continue to conduct fair and equitable competitions for all our members.”

The federation is also planning an “Inclusion Summit” – to be held in Fayetteville, Arkansas to include the groups there who are already working toward greater equity, as well as industry partners and Experience Fayetteville with the goal “to organize legislative action in jurisdictions like Arkansas that most threaten inclusivity and our commitment to the LGBTQIA+ community.

“Alongside these proactive engagement measures, USA Cycling will continue to conduct open-invite roundtables to help inform and better shape our inclusivity policies and practices and continue investment in our DEI Task Force. (For more information, contact USA Cycling at inclusion@usacycling.org).

“This list is by no means exhaustive but we will learn much from our next steps in this process, and it will inform a positive direction of change and discourse for the betterment of the LGBTQIA+ community, our sport, and USA Cycling.

“We realize there is more work to be done, and we will do better.”

Specialized sets the Tone for a commuter helmet with stealthy ventilation

What’s going on with the Ineos Grenadiers?