USA Cycling CEO against Arkansas boycott, says it would be ‘ceremonial’ 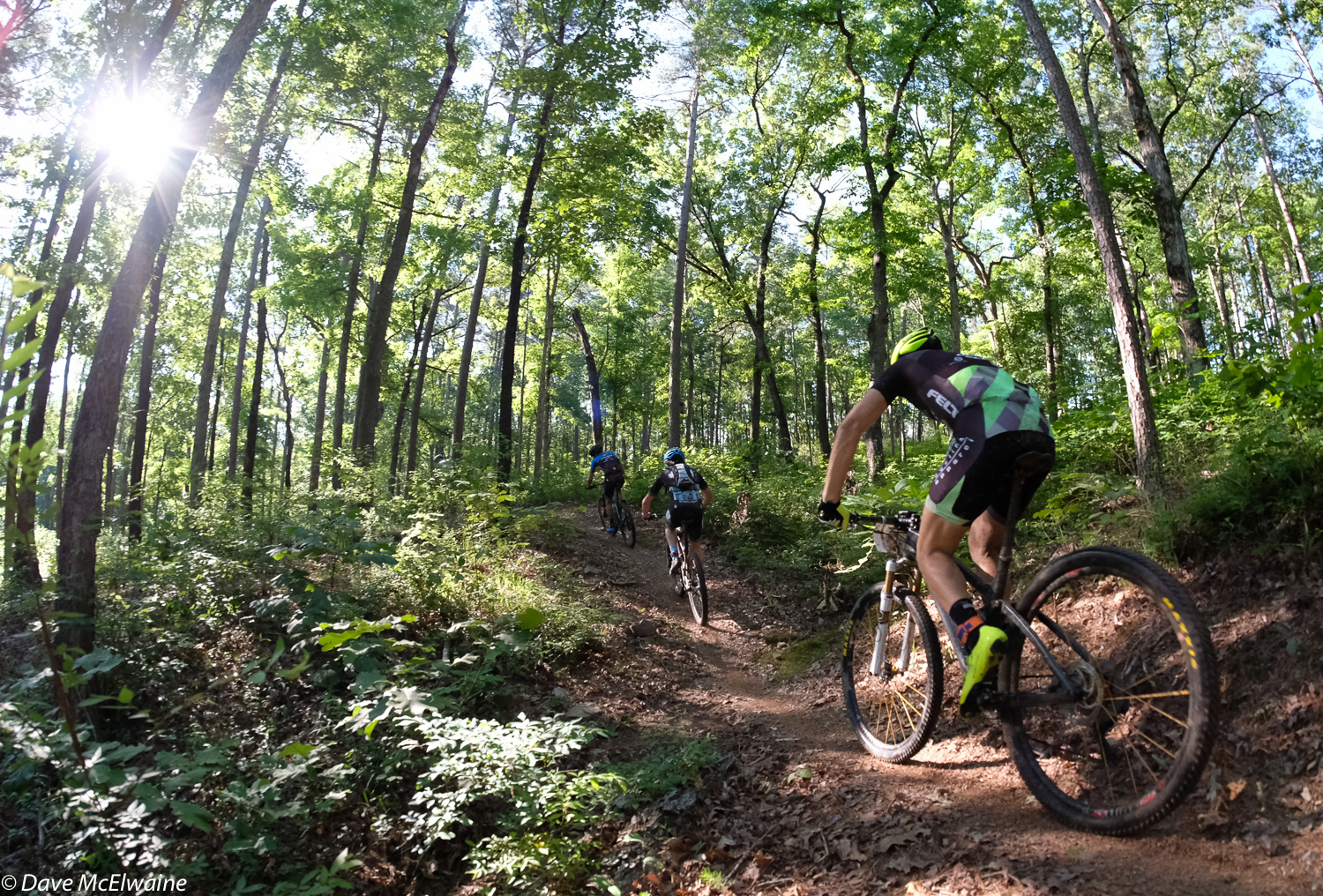 This weekend, the state of Arkansas will host the first UCI-sanctioned mountain bike race since last March with the first round of the OZ Trails Pro Cup p/b Experience Fayetteville which has races for junior and elite men and women. The joy of finally having a top-level race after a year of cancellations because of the COVID-19 pandemic has, however, been muted by the Arkansas legislature’s recent anti-transgender laws that many see as an attack on the LGBTQ community.

In March, Arkansas governor Ava Hutchinson signed a law banning trans girls and women from participating in school sports according to their gender identity. The law is similar to those passed in Tennessee and Mississippi, one contested by the American Civil Liberties Union in Idaho and others that are under consideration in dozens of states.

It is unclear if the legislation will directly apply to athletes participating in the OZ Trails Pro Cup but USA Cycling has come under pressure from its members to take action. In an interview with Singletracks.com, USA Cycling CEO Rob DeMartini did not support a boycott.

“I just don’t see where that goes. Particularly when this law is in front of 20 different states,” DeMartini said. “I think we need to be part of the dialogue, which in my mind means to participate. It would be different if our athletes were going to be affected, but we don’t believe they will be. There is a question around collegiate athletes if they’re racing for their school.”

The intent of the bills is to protect women from supposed competition from possibly hormonally advantaged transgender girls and applies to public schools and organisations or clubs competing against them. The actions, however, have been seen as an affront to the LGBTQ+ community and as illegal discrimination against trans females.

Most high school athletics organisations, USA Cycling and the UCI have their own rules in place that allow transgender athletes to compete according to their gender identity but the Arkansas law constitutes a complete ban and allows for cis female athletes to sue for damages if their school bucks the law and allows trans females to compete alongside them.

Arkansas is home to the Walmart heirs Tom and Steuart Walton, who have been putting the state on the map for off-road cycling, actively supporting races, trail networks and in the industry as owners of Rapha since 2017. Tom Walton opposed the anti-transgender legislation in a Walton Family Foundation statement this week.

“We are alarmed by the string of policy targeting LGBTQ people in Arkansas. This trend is harmful and sends the wrong message to those willing to invest in or visit our state. We … implore government, business and community leaders to consider the impact of existing and future policy that limits basic freedoms and does not promote inclusiveness in our communities and economy,” Walton wrote.

“Our nation was built on inalienable rights and strengthened by individual differences. Arkansas has been called the land of opportunity because it is a place where anyone can think big and achieve the extraordinary. Any policy that limits individual opportunity also limits our state’s potential.”

DeMartini cynically noted that even a protest by the wealthy and powerful Walton Family Foundation came to no avail in justifying his stance against boycotting the state.

“The Wal-Mart (sic) Foundation is based in Arkansas. It’s [worth] 250 billion dollars. They’re very close to the governor and they are against this bill and couldn’t stop it. So, I’m not sure that a boycott by USA Cycling is anything more than ceremonial. I don’t mean to discount the point of view for a trans athlete. That ceremony may be worth it to them. I just am not sold on that,” DeMartini said.

Arkansas is host not just to the OZ Trails Cup but also to the Joe Martin Stage Race, 2021 UCI Cyclo-cross World Cup and 2022 World Championships.

If the laws came to apply to USA Cycling events – be they collegiate races or junior races – DeMartini suggested that USA Cycling would “let them race as individuals”.

“That way we don’t feel like they’re in violation of the law. I know that for some that’s not enough. They want to see [USAC] not send a team and not support the event. We’re trying to get some legal guidance. My understanding is that it’s not in violation if it’s not school affiliated.”

DeMartini later said on Twitter that he felt his comments were presented out of context by Singletracks but also admitted they were “poorly worded by me and does not reflect the position of USA Cycling”.

However, pressure from large organisations such as the NCAA and NBA was instrumental in overturning other anti-trans laws such as North Carolina’s ‘bathroom bill’ HB2 several years ago. That would take moving major events out of an ever-growing list of states with anti-transgender laws.

“There’s no safe space there because these laws are going to creep one way or the other based on public opinion in the state,” DeMartini said. “It’s not definitive in the application of the law. I think what is definitive is that this is a bad law. It’s not inclusive. It’s not good for sport of any kind. We object to this kind of law, and we’re going to try to have the influence we can have while keeping our sport open and accessible.”

The Oz Trails Cup organiser Ty Cady said his team are working to respond to what they call a “rapidly evolving situation”.

“We wanted to listen and learn. At the moment, The US Cup is actively engaging members of the LGBTQ community to get educated and work together on an action plan for the future.”

Arkansas also pushed through legislation banning gender-affirming treatments for transgender minors which includes penalties for doctors who treat transgender minors, another law the Oz Trails Cup had to respond to.

“Today, we met with our event medical team to discuss the ongoing safety concerns from the LBGTQ community. The medical staff as well as the entire community of Fayetteville is 100% committed to providing the best medical care for all participants at our upcoming events in Arkansas,” Cady said.

“I want to make it abundantly clear that no participant, regardless of their gender identity, sexual orientation or race will be denied medical attention, whether onsite or at our host hospital in Fayetteville while racing with us. Hate and discrimination should have no place in America, and certainly not at our events.”

Like the Fayetteville 2022 Cyclo-cross World Championship organiser Brook Watts, Cady chose to donate to local groups. “The US Cup has been in contact with NWA Equality.Org in Fayetteville, a local LBGTQ activist group. The series will be making a donation to help them continue their efforts to fight for equality in any way they best see fit.”

Trans racer Molly Cameron and bike industry professional and father to a transgender woman Chris DiStefano spoke out against the legislation and supported moving cycling events out of the state.

“There’s a lot to say about these state and house bills, and Arkansas is not the only state passing discriminatory and racist legislation,” Cameron told Bicycling.com. “The LGBTQ community is not the only community under attack but for Republicans and the right-wing, the transgender community is easy to attack and rally the popular opinion against. In the early 1900s, a conservative narrative was ‘black men are raping our white women’ and now a narrative is ‘trans women are ruining girls sports.’ The reality is that there was and is no black menace and there is no trans menace. There is just fear and ignorance driving these bills across the US.”

DiStefano said keeping the races in the state would be “bike-washing”.

“A few dollars here and there as the standard ‘bike-wash’ has historically been all it takes for the bike community to be pacified and if that’s the plan in NW Arkansas then we have to finally take a stand,” DiStefano said on Instagram.

“If the huge money behind the great trails and bike infrastructure cannot also stand in opposition to hatred and discrimination then I guess they can keep their trails for themselves.”

Earlier today, I was quoted in a Singletracks article that I believe is out of context, but more importantly was very poorly worded by me and does not reflect the position of USA Cycling.April 7, 2021

Primož Roglič: ‘I was just finished, if I had more I would have gone faster’