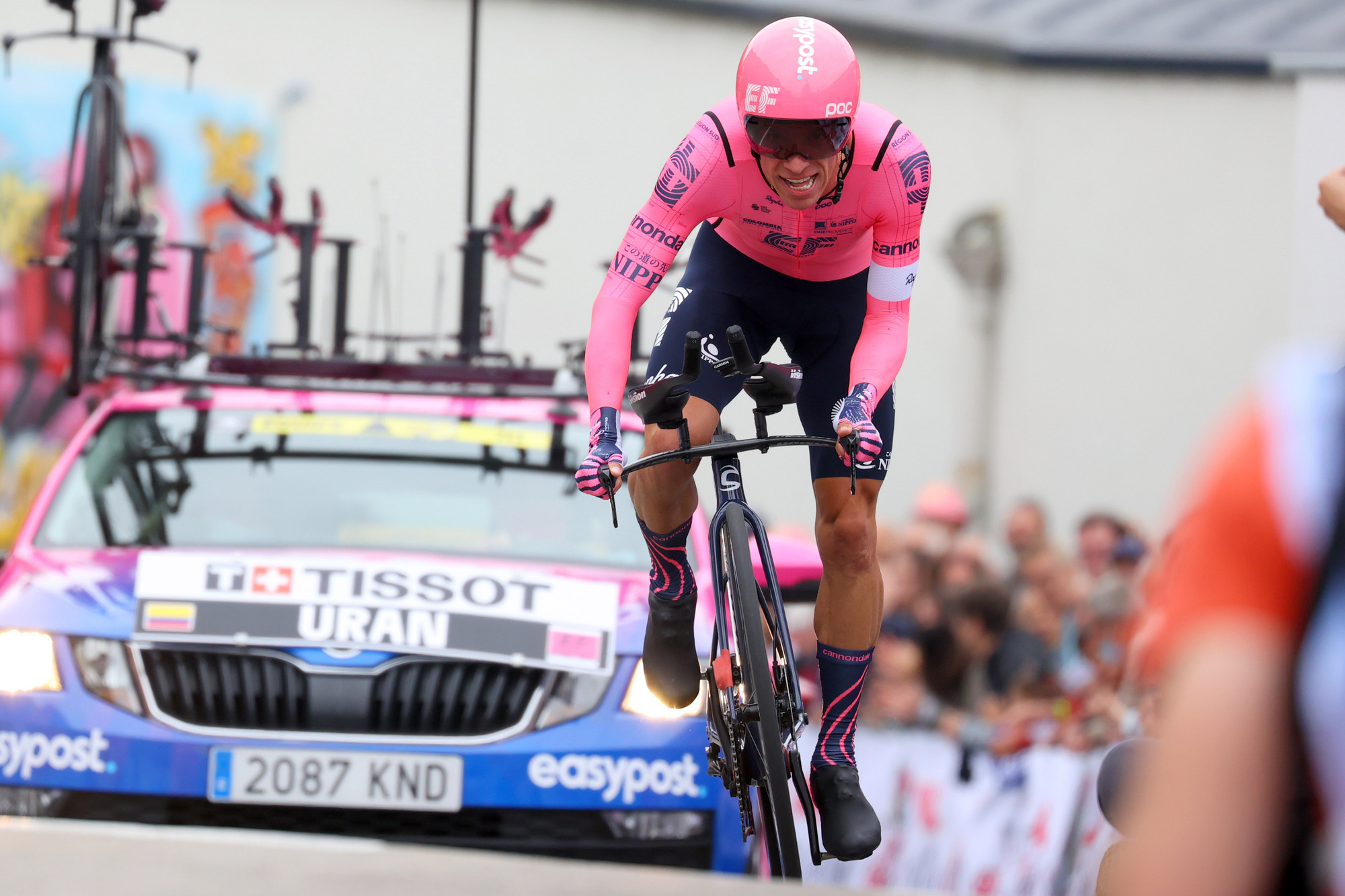 EF Education-Nippo leader Rigoberto Urán has hardly put a foot wrong in this year’s Tour de France, and with the Alps on the horizon the 2017 runner-up looks well on course for another high finish in Paris.

The Colombian came into the race with his best form in years with a time trial stage win and second overall at the Tour de Suisse. Those results forced team boss Jonathan Vaughters to reassess the team’s goals for the Tour de France with Urán given greater protection during a dicey first week that has been littered with crashes.

Vaughters’ decision has paid off handsomely with Urán now seventh in the Tour after the stage 5 time trial, lying ahead of riders such as Primož Roglič, Geraint Thomas, David Gaudu and Richard Carapaz. The Colombian has just two genuine GC contenders ahead of him in the overall standings at this point – last year’s winner Tadej Pogačar and Julian Alaphilippe – although Pierre Latour is certainly a person of interest in sixth.

“He did a good time trial but he’s good at those,” Urán’s directeur sportif Tom Southam told Cyclingnews ahead of stage 6. “Look at the Tour de France time trial Pau a couple of years ago. He was fourth on the stage. It was a different course but a similar length.

“Everyone saw how good he was in Suisse and it wasn’t like he won the time trial by accident because he on the mountain stages before that he was in a good way and jumping about. I don’t think it’s a secret that he’s good.”

Southam acknowledged that luck had played a part in Urán’s current position but he also pointed out that the EF-Nippo collective had swarmed the front of the peloton at critical points and kept their prized asset out of harms way.

“We’ve gone under the radar but some of that’s luck because we’ve not been in any of these incidents. If we had been on the other side of the road on stage 1 then things would have worked out very differently but sometimes you eat the bar and sometimes the bar eats you. So far, to be under the radar, is pretty good,” Southam added.

“He has a super, chilled out mentality. So you need to keep him as cool as you can for as long as you can. That pays off later in the race so we’re just trying to mix that with the reality that you can’t totally chill out until we get to the mountains. But we’ve got a good balance. We’ve got guys like Cort and Valgren, guys who can win races for themselves but have turned their hand to help a guy. That works well.”

Urán, 34, was eighth in the Tour last year and is serial top 10 finisher over three weeks in a career that has now spanned three decades. There is still over two weeks of racing to play out though, and while Southam is cautiously optimistic about his leader’s chances he did add that the Colombian was fitter and stronger than he was in last year’s race.

“Last year he was eighth but he was still recovering from the previous Vuelta crash he’d had the year before. He was sitting third in the Tour last year and I think that some people got a bit over enthusiastic about it because they hadn’t seen how far back he was from that crash. Now he’s in a better condition, so if can work himself into the right spot then I don’t think that he’ll drift back like he did last year. I think that he’s capable of fighting to be up there and by the rest day we’ll have a much clearer picture.”

Ineos have to attack to win

While Mathieu van der Poel dug deep in order to cling onto his yellow jersey on stage 5 the expected scenario is that Pogačar will slip into yellow once the race hits the mountains this weekend. The defending champion produced another jaw-dropping ride on Wednesday to win the individual time trial but while the Slovenian appears to be in a league of his own there are still question marks over his team.

Their collective power may not be a factor of Pogačar remains this dominant in the Alps and Pyrenees, but with so many GC riders already on the back foot, Southam expects a counter attack from the likes of Ineos Grenadiers, who have so far looked off the pace with both Carapaz and Thomas already almost two minutes back.

“Ineos have to go on the offensive if they want to win,” Southam told Cyclingnews.

“Pogačar is head and shoulders above everyone else but the race is going to have to start getting serious pretty quickly. It should be a proper bike race but there’s a lot of racing left.”

“He does look good but his team haven’t controlled a Grand Tour from this distance out. So they’re untested with that. They have good riders but McNulty fell yesterday and that’s the real thing. Once you take the jersey, which he will do once we go to the mountains, they still have two weeks of riding ahead of them.”

“Ineos have done that a lot and they know how to do it but UAE are going to have to learn how to do it on the job. The hardest thing in the world is making a bike race boring. Everyone complains when it’s boring but if you watch the first hour, to engineer a situation that leaves everyone bored is a hard job.

“A lot of people also have a lot of coming back to do and that could mean a really hard fight for the podium. For us we’re in a nice position so far. I don’t like to get too carried away though.”