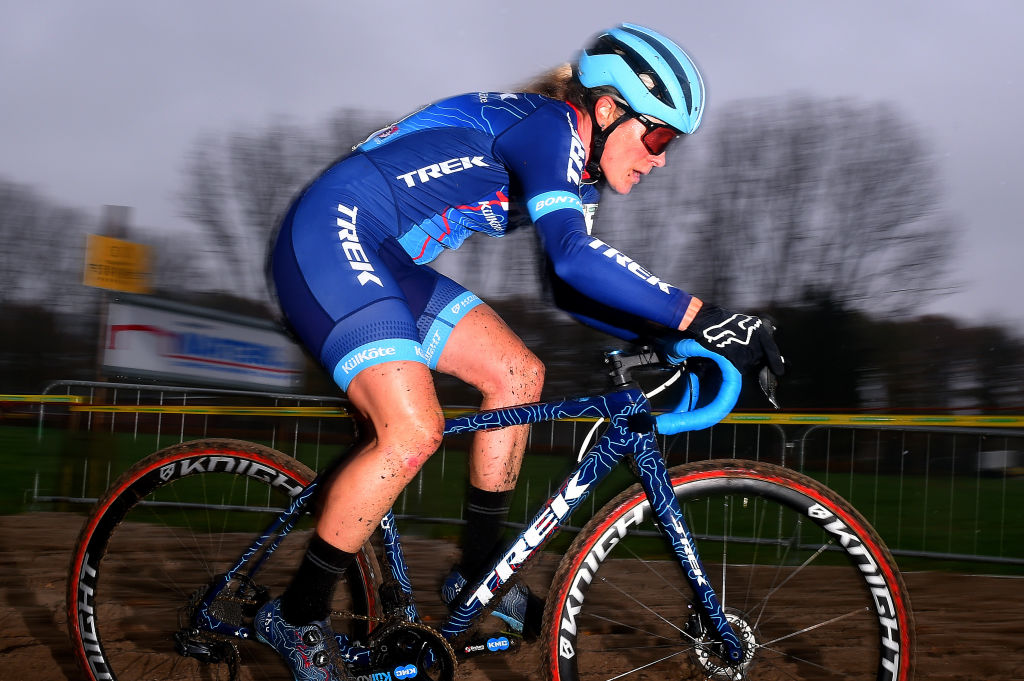 Trek Bikes has expressed its disappointment after learning that its long-time sponsored cyclist Katie Compton tested positive for an anabolic agent following an out-of-competition test on September 16, 2020.

Compton has accepted the four-year suspension handed to her by the US Anti-Doping Agency (USADA). The global bike brand has told Cyclingnews that it trusts the process was fair and respects the decision.

“We were made aware of Katie’s positive test and are disappointed by the news,” said Eric Bjorling, brand manager at Trek Bikes. “We trust the process was fair and respect USADA’s decision and Katie’s decision to retire. We wish her well with her future endeavors.”

USADA announced on Wednesday that Compton had tested positive for an anabolic agent following an out-of-competition test last September and that her urine sample was analysed using a specialised test, known as Carbon Isotope Ratio testing. This testing differentiates between anabolic androgenic steroids naturally produced by the body and prohibited anabolic agents of external origin.

Compton’s four-year suspension began on September 16, 2020, the date her positive sample was collected. She has also been disqualified from all competitive results obtained on and subsequent to that date, including forfeiture of any medals, points and prizes, according to the USADA statement.

Compton’s racing schedule was limited since the positive test, but she has been disqualified from four victories in three local races and the US Open of Cyclo-cross, as well as all of her European results and prizes from the 2020-2021 season.

The 42 year old had planned to retire after the UCI Cyclo-Cross World Championships in Arkansas, scheduled for January 29-30, 2022, and said she was incredibly sad to end her career this way.

In an official statement released on Wednesday Compton said that she has always been a clean athlete and that the news of her positive test was devastating because she said she has never intentionally or knowingly used a performance-enhancing substance.

She also stated that she had hired a lawyer to investigate how the substance got into her system, but was unsuccessful in finding the answer.

“Over the past six months, I learned that I cannot prove that I didn’t intentionally take anything, and I can’t afford to keep fighting knowing the outcome will be the same regardless,” Compton said.” Unfortunately, seeing that it was five months between the sample collection and the notification, trying to figure what allegedly got into my body proved to be impossible, and I have decided to stop fighting an expensive and difficult battle and accept the sanction.”