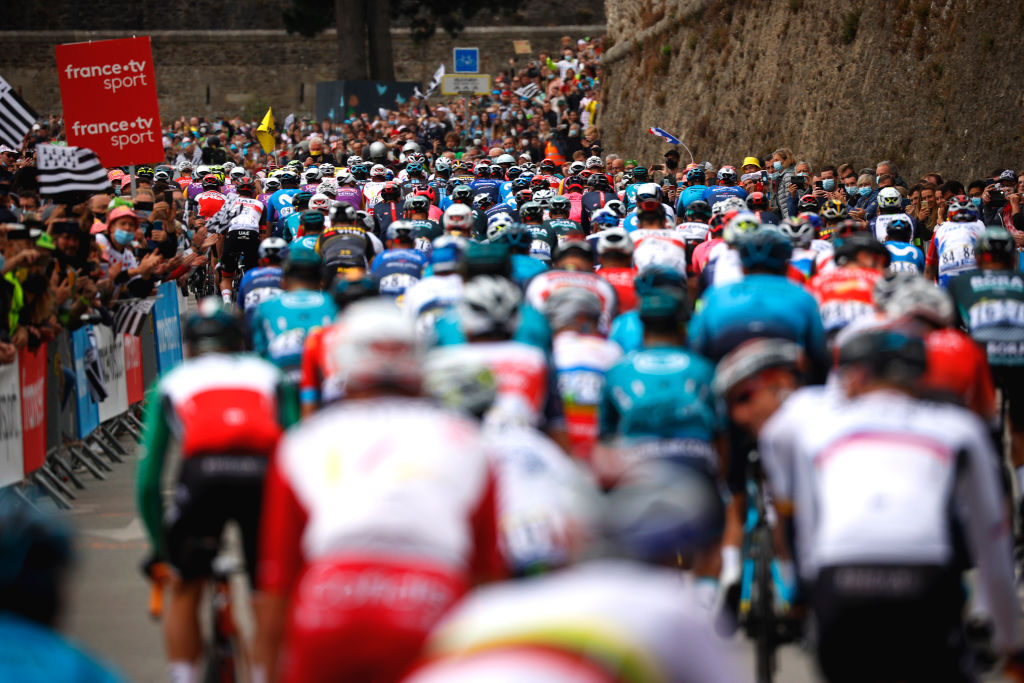 Primoz Roglic and Wout Van Aert (Jumbo-Visma) were among just two of the fallers in a massive crash on stage 1 of the Tour de France. The incident took place with 45km to go.

The incident appeared to be caused by a spectator on the side of the road, with the Jumbo Visma team the most heavily involved. The Dutch team were on the ride of the road when a fan, holding a sign, took out Tony Martin.

The German was riding second wheel at the time and was the first faller. When he hit the deck it caused a huge ripple through the peloton with dozens of riders either held up taken down.

Martin had no time to move out of the way, as the spectator – who wasn’t looking at the bunch – held their sign over the road. The peloton quickly neutralized the stage to allow riders to receive medical treatment.

Arnaud Démare (Groupama-FDJ), Julian Alaphilippe (Deceuninck-Quickstep) and Marc Hirschi (UAE Team Emirates), Sonny Colbrelli (Bahrain Victorious) were all involved in the pile-up but got back up to continue racing.