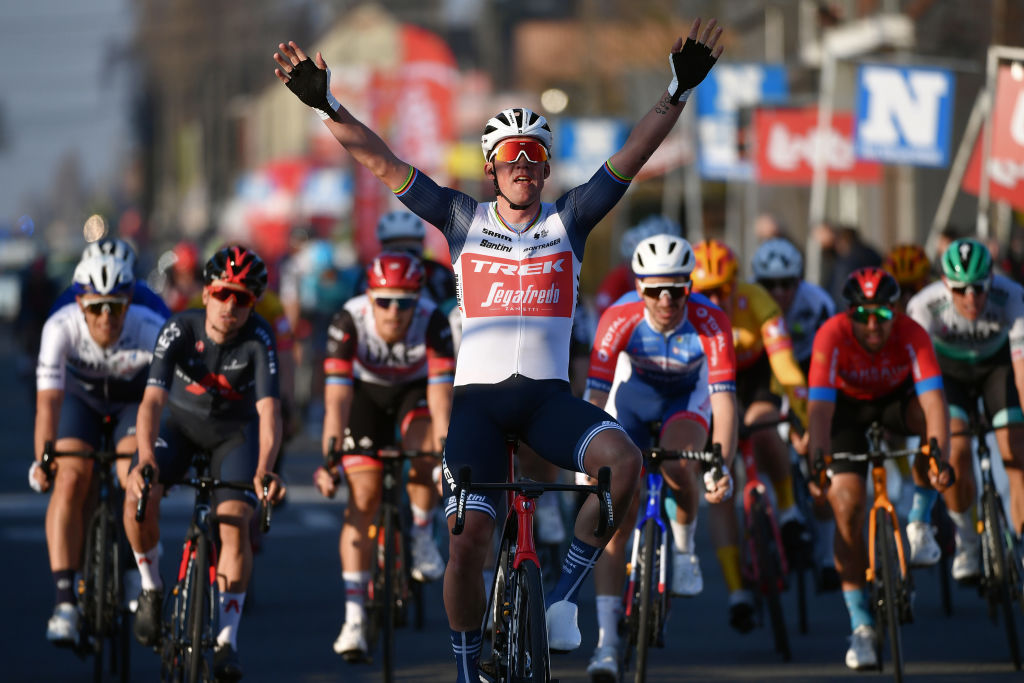 Mads Pedersen (Trek-Segafredo) has looked to play down any talk or questions of his form at the Tour de France with the former world champion adamant that he can target stage wins in the race.

The 25-year-old one-day specialist won Kuurne-Brussel-Kuurne earlier in the year and finished second in Bredene Koksijde Classic, however, he was forced out of the Critérium du Dauphiné due to a crash.

“I think that the doubts around my condition do not count for much. I respect the opinion, but I think that my condition was already good at the Dauphiné, it’s just a pity that I had to stop because of a crash after only two days,” Pedersen said in the build-up to the Tour de France.

“Now I feel even better. If I hadn’t been ready for the Tour, someone else would be here now instead of me. I’m confident I can aim for stages and to be in the mix for the sprints. My path to the Tour, after the Classics, also included races in hot countries. It has always been a factor with which I have suffered, but I’m learning to manage it and bear it so that it doesn’t affect my performance.”

Pedersen missed out on a stage in last year’s race but was second twice and helped Richie Porte finish on the podium in Paris. The Dane is likely to support Bauke Mollema’s quest in the GC and will divide up the sprints with teammate Jasper Stuyven, with up to eight stages in this year’s race likely to end in bunch sprints.

“Stage wins are my goal in this Tour and the bunch sprints will be the main focus. For the stages with a harder finish, the goal could be to get into a breakaway. Those finishes are definitely good opportunities especially for Jasper and I count on being able to help him. Maybe we’ll both go in the breakaway and have some fun together,” Pedersen said.

“Last year, my first experience at the Tour, I learned that I had two very good lead-out guys, Jasper and Eddie, and that I made a bit of a mistake by not following them 100 per cent in the early sprints. That won’t happen again. I also learned that I can play my chance with anyone in the bunch sprints.”