Tom Pidcock: I’ve found form a lot quicker than I thought I would 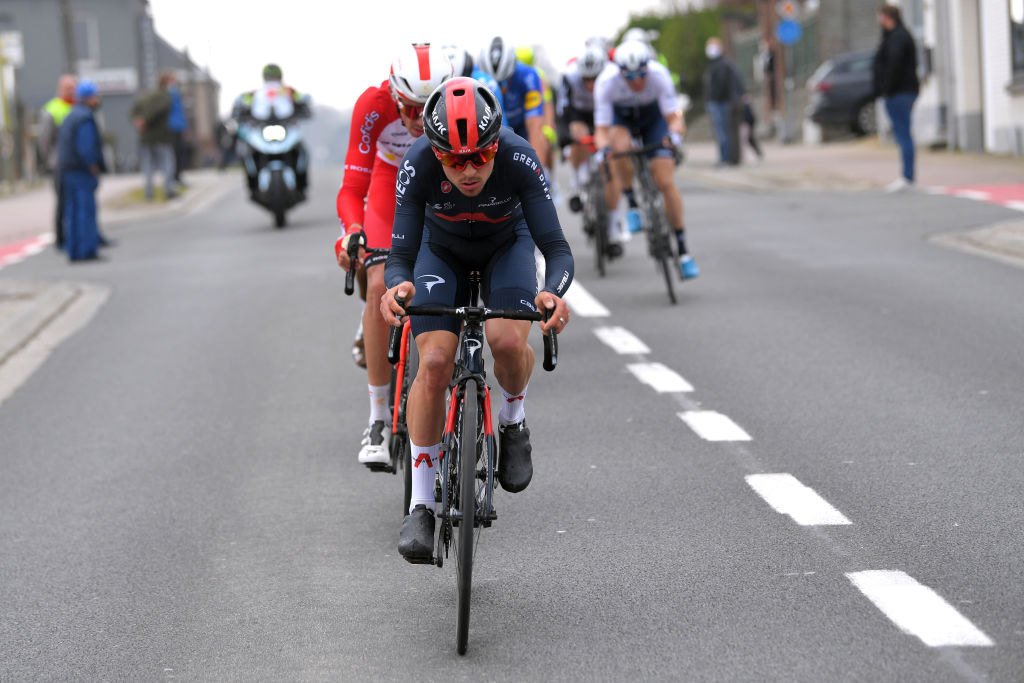 A 55th placed finish in Omloop Het Nieuwsblad only tells part of the story in relation to Tom Pidcock’s first encounter with the cobbles of the WorldTour, with the 21-year-old putting in a notable display as he looked to challenge the established Classics specialists.

The British rider came into the one-day event on the back of a solid but unspectacular outing in Haut Var earlier this month and despite a sense of racing into the unknown the neo-pro showed both strength and confidence – none more so when he recognized a dangerous group that included world champion Julian Alaphilippe and quickly closed down a sizeable gap with 39km to go.

The Ineos Grenadiers rider became an instant protagonist in the break that also included riders such as Greg Van Avermaet, Sep Vanmarcke, and Matteo Trentin and even countered when the French world champion jumped clear on his own.

“All of the strongest guys were there. I was well-positioned into the climb before that group went, but just probably 10 wheels too far back. I stayed calm, I knew there was no point panicking. Bora chased for a bit, attacked, and it didn’t go anywhere, so me and [Kevin] Geniets, went across. You needed to be in that group really,” Pidcock said at the finish.

The race would eventually come back together with Davide Ballerini winning a reduced bunch sprint. Ineos Grenadiers lost their best sprint option Ethan Hayter to a crash but Pidcock could take several positives from the race.

“I’ve found form a lot quicker than I thought I would,” he said.

“My first race for the team at Haut Var was alright, but I was struggling a bit. I wasn’t flying. I was decent, but coming into these races I didn’t know what to expect. I didn’t know where my shape was. And it’s weird to go into it without being able to imagine what you could do, which is how I always like to prepare. Now I know, so in that sense, there are lots of positives today. I definitely learned a lot.”

There’s no rest for the all-rounder with Kuurne-Brussel-Kuurne on his radar as he looks to complete his Opening Weekend set. The race typically ends in a sprint but the tactics might become more open if riders who were initially looking for success on Saturday see the following day’s race as a chance for redemption. Pidcock then hopes to carry his form into Strade Bianche which takes place next week.

“It bodes well and gives me a lot of confidence. Tomorrow is more likely to be a sprint but we’re looking forward to it. I’m going into it with a much more positive mindset than I did today and I hope I can then go into Strade Bianche with some good form.”