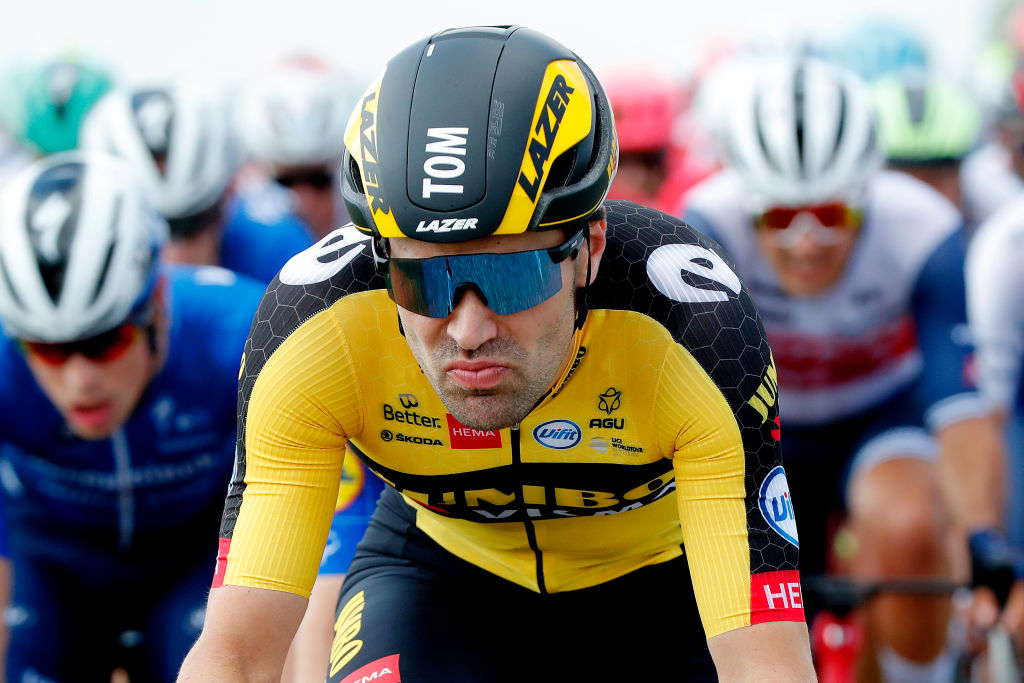 Jumbo-Visma have announced that Tom Dumoulin‘s season has been cut short as while out on one of his regular training routes, doing a recon ride for his planned Tour de Dumoulin in October, he was hit by a turning car and broke his wrist.

The Tokyo Olympic Games silver medallist, who has recently rekindled his passion for cycling after a five-month hiatus, had been working toward the UCI Road World Championships this month but now is scheduled to undergo surgery on his wrist Friday.

“This is a big disappointment,” Dumoulin said in a team statement. “My season is finished. That’s a big deception, because I just got really good at it again. Also, during the training today I felt really strong. I had a lot of confidence that I could ride a very strong month.”

Dumoulin returned to racing in June after having announced at the start of the year that he’d decided to step away from the sport to work out what he wanted from his career and future. The 30-year-old rider returned at the Tour de Suisse, working for his teammates as he eased back into racing. He then rode at the National Championships, winning the Dutch time trial title for a fourth time and taking his first major win since the final time trial of the Tour de France in 2018.

The rider’s major goal on returning to cycling was the Olympic Games, where he finished 1:01 behind the gold medal winning Primož Roglič (Slovenia) in the time trial to secure silver three seconds ahead of Australia’s Rohan Dennnis. The Dutch rider said at the time that the silver medal had a “golden edge” and that he was planning to continue on as a professional rider.

After the Olympic Games, he returned to racing at the Benelux Tour, looking to ramp up his preparation for this month’s UCI Road World Championships in Flanders. He finished sixth in the stage 2 individual time trial, although it was a short time trial that didn’t play to his strengths, and then took third in the final stage which moved him up to ninth on the overall.

Before the injury, Dumoulin had planned to follow the World Championships with a block of racing in Italy that included Il Lombardia on October 9.

“I was really looking forward to that,” said Dumoulin. “Those are races that suit me very well, but unfortunately it won’t be for this year.”

Julian Alaphilippe on road to recovery: ‘The option of the Tour de France is still open’