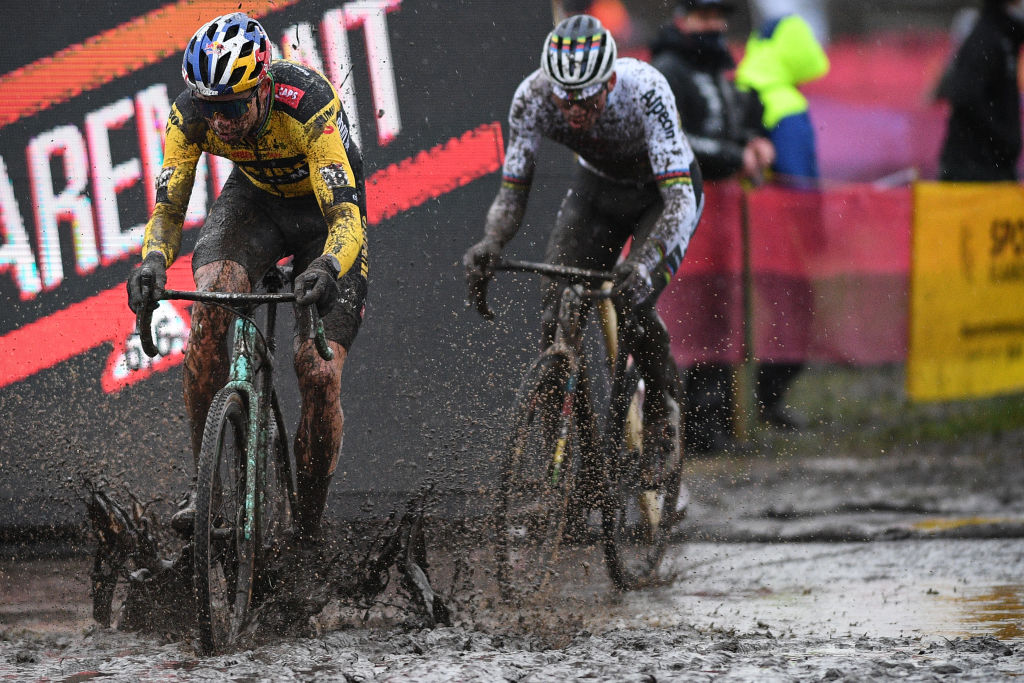 Belgian national coach Sven Vanthourenhout believes Wout van Aert and Mathieu van der Poel’s anticipated duel at the Cyclo-cross World Championships could come down to a two-up sprint like their battle at the Tour of Flanders last October.

Van der Poel edged out his Belgian rival on that occasion, and Van Aert will be eager to make amends on the North Sea coast on Sunday afternoon. Van Aert beat Van der Poel to the Overijse World Cup last weekend, but he has claimed that the Dutchman is the favourite to defend his title at the Worlds.

The pair have dominated cyclo-cross over the past six years, winning three world titles apiece, and the rivalry has since spread into the cobbled Classics. Speaking to Sporza, the Belgian national coach Vanthourenhout felt that Sunday’s race was too close to call.

“I think that question will remain unanswered until [the race finish at] 16.15,” Vanthourenhout said. “The hippodrome is a bit drier than yesterday, so that’s better. But the beach remains as heavy as lead, so it will be a physical battle.”

Despite the presence of men like Tom Pidcock (Great Britain) and three-time world champion Zdenek Stybar, Vanthourenhout does not anticipate anybody disrupting the Van Aert-Van der Poel duopoly at the head of the race on the sandy course.

“After one passage through the beach section, we will already have the two men at the front who will fight it out among themselves,” Vanthourenhout said. “I’ve had the feeling for a long time that today we’ll get the fight we’ve been waiting for. A sprint like in the Tour of Flanders could also happen today.”

Van der Poel edged out Van Aert on that occasion, but the Dutchman knows the margins could be just as tight in Ostend. “We have been presented with a course where we can both do our thing,” Van der Poel said earlier in the week. “I have the advantage on the horse racing track, while the bridge and beach will be better for Wout.”