Commencal has released the TEMPO, a short-travel trail bike said to be a “playful powerhouse”. Its 125mm of rear wheel travel is delivered via a VPP linkage wherein the front triangle is connected to a one-piece swingarm via two short links that co-rotate in a clockwise fashion while the uppermost one drives the shock. It rolls on a 29″ wheelset and sports a 140mm travel fork. We have the need-to-knows right here, but first, allow Professional World Cup Downhill Racer, Hugo Frixtalon, to change your perception of what a 125mm trail bike is capable of. 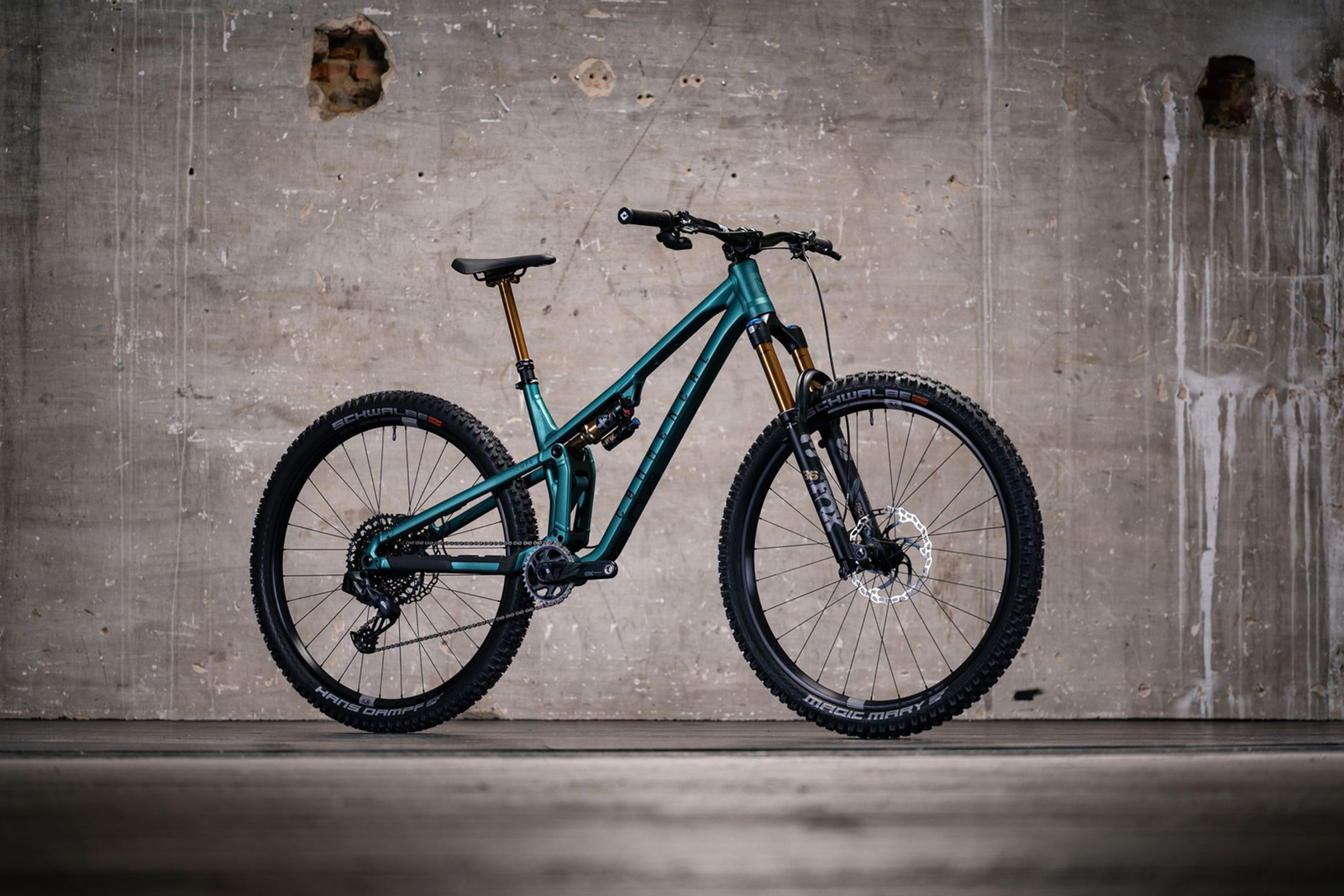 The Commencal TEMPO formally introduces the Andorran brand’s new Virtual Contact System, a version of which we saw on the Prototype Commencal Meta AM earlier this year. It’s a virtual pivot suspension platform wherein the two short links connecting the front and rear triangles are positioned in front of the seat tube, as opposed to behind it as is more commonly seen. The new dual-link suspension design is said to be super-efficient when pedalling, while remaining lively on descents and comfortable on bigger impacts. 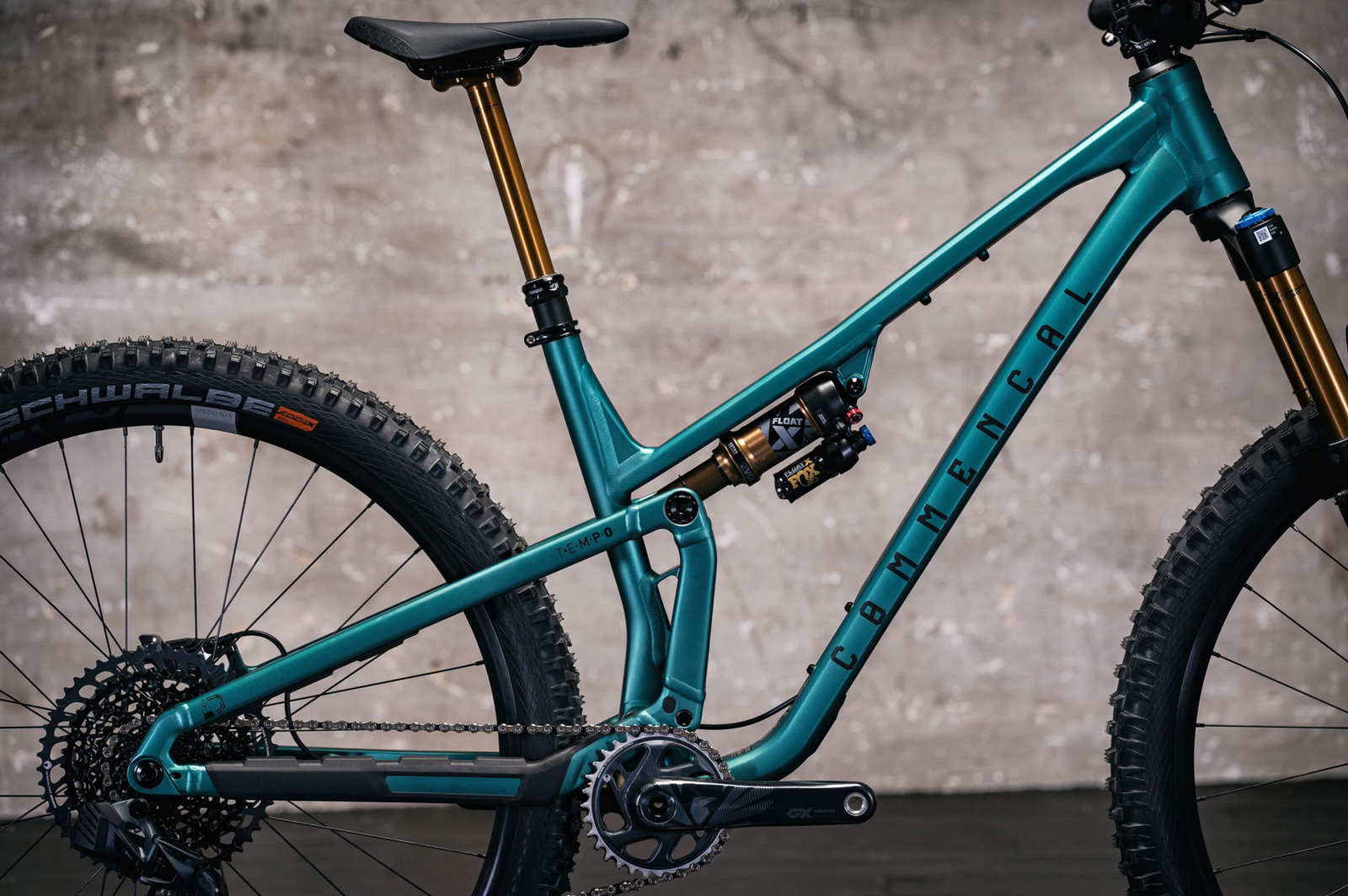 In true Commencal fashion, the TEMPO is fabricated from aluminum, and aluminum only. It is available in Sizes S-XL with reach figures of 430mm, 450mm, 470mm and 490mm. It has a 65.5° head tube angle, 76.6° effective seat tube angle and a BB drop of 35mm. The chainstays comes in at 435mm on the Small and Medium frames, lengthening to 440mm on the Large and XL frames for a semi-proportional approach to geometry. Seat tubes are relatively short (40mm in L) allowing for the fitment of long travel dropper seat posts. 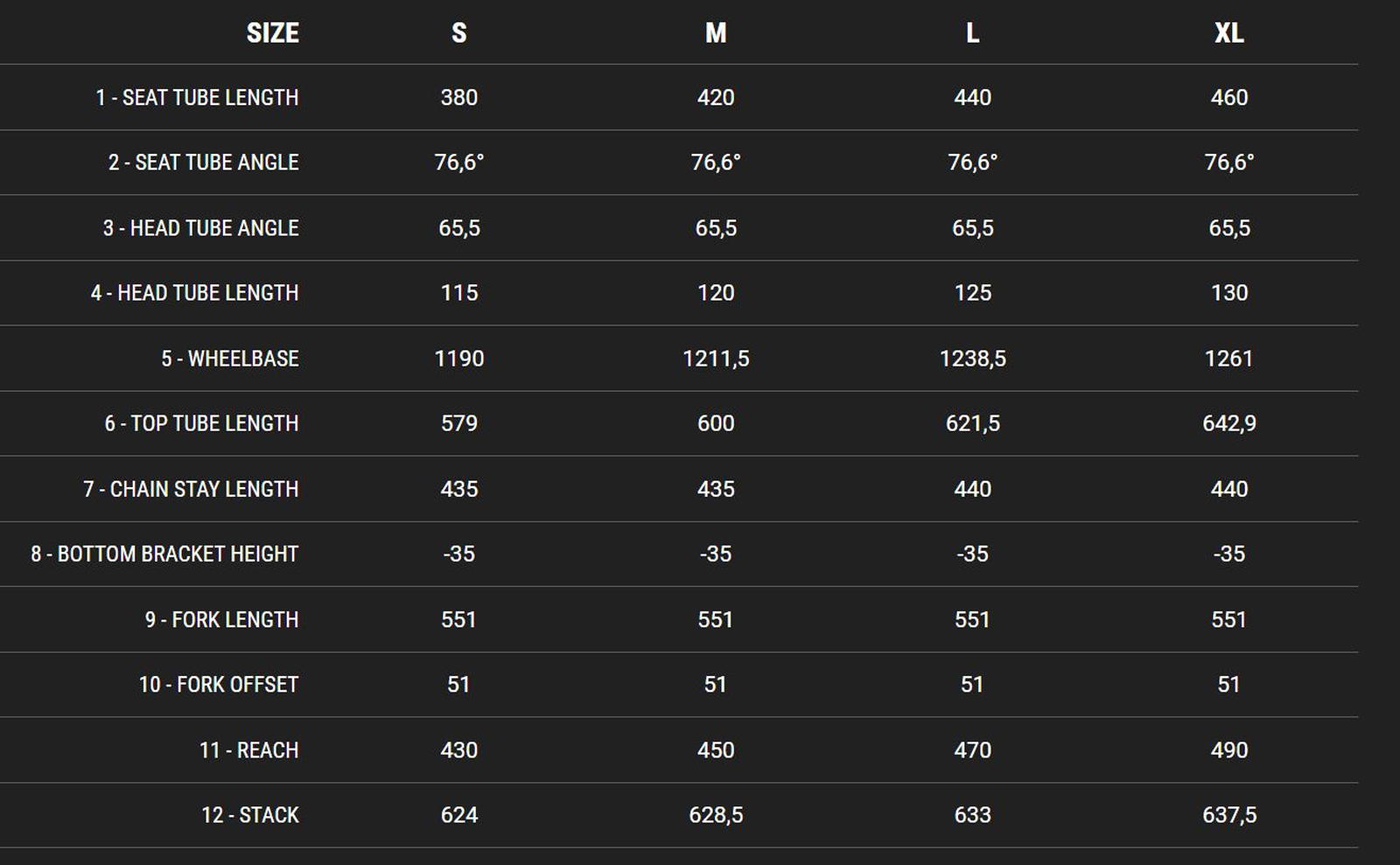 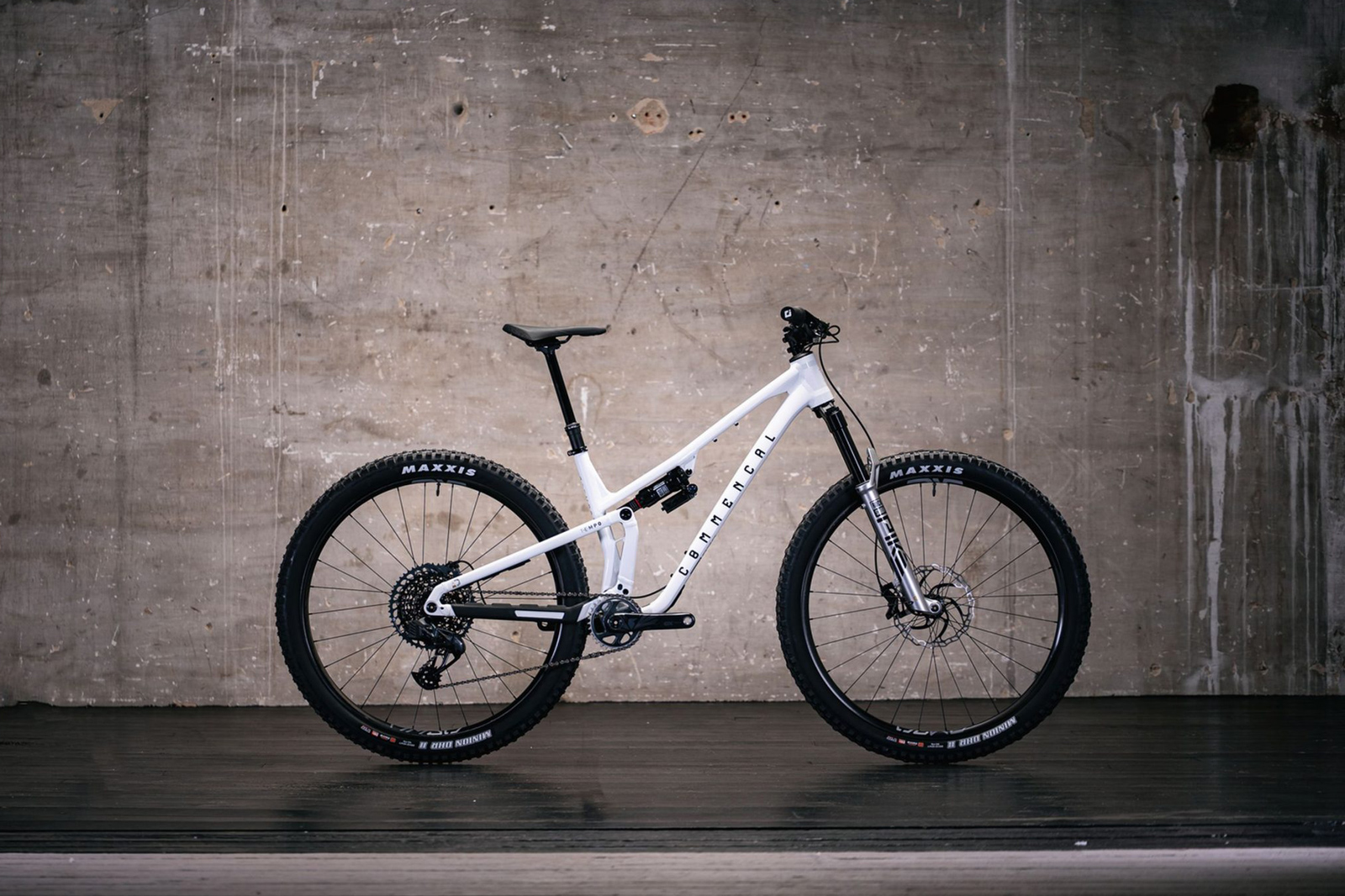 Altogether, the TEMPO looks to be well thought-through. It runs a SRAM UDH and looks to have decent frame protection where it counts; on the underside of the downtube, and on the drive-side chainstay and seat stay for chain slap management. Also, the pivot bearing hardware gets an expander system on the thru-axles that should prevent bolts loosening off while riding. 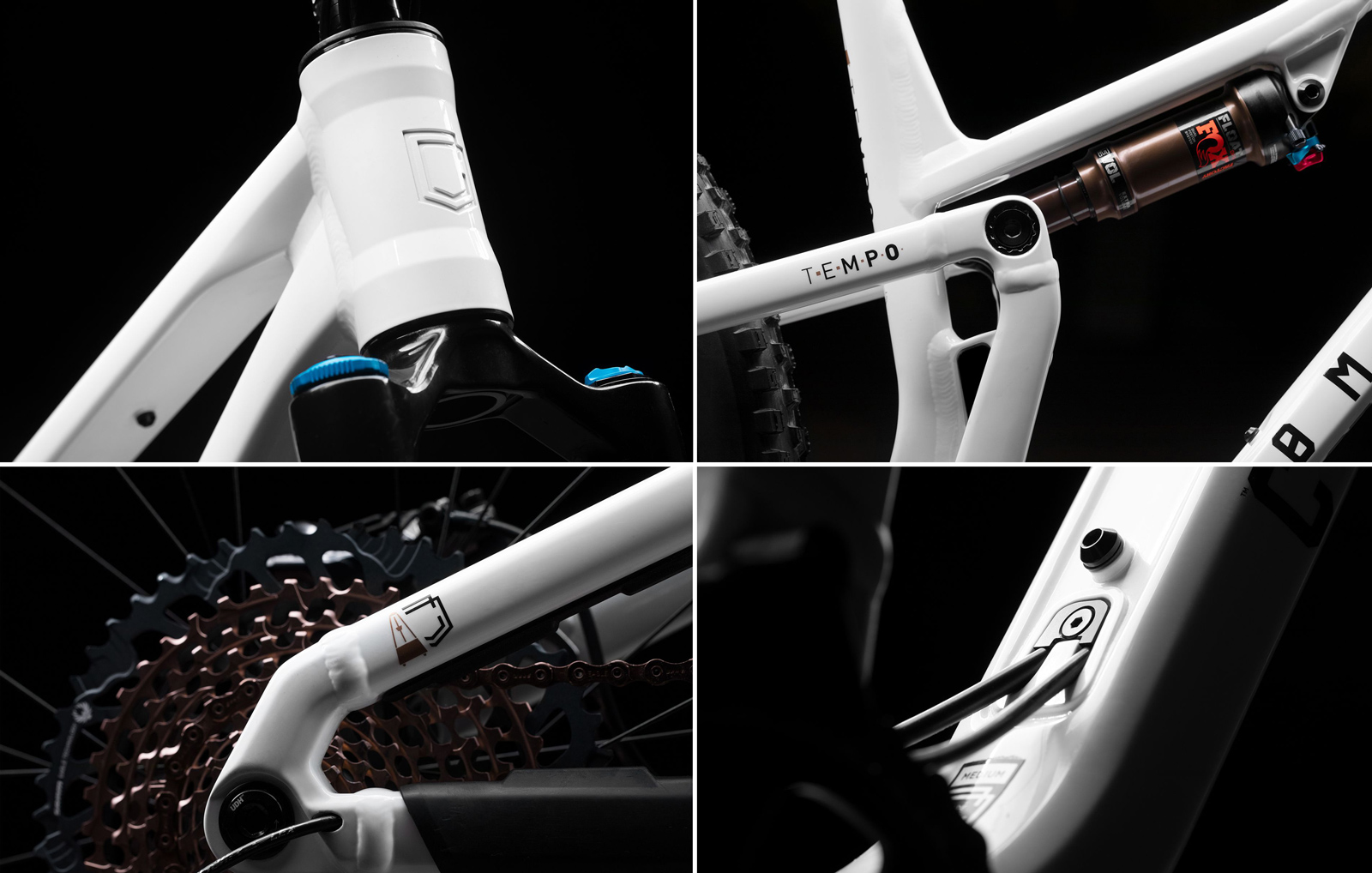 Like many before it, the Commencal TEMPO too has given in to headset cable routing. Commencal’s justification for this? “It is ideal for ‘cleaning up’ the frame, to avoid infiltration of mud and water etc. And to avoid placing holes in the frame in an area that endures high stress”. 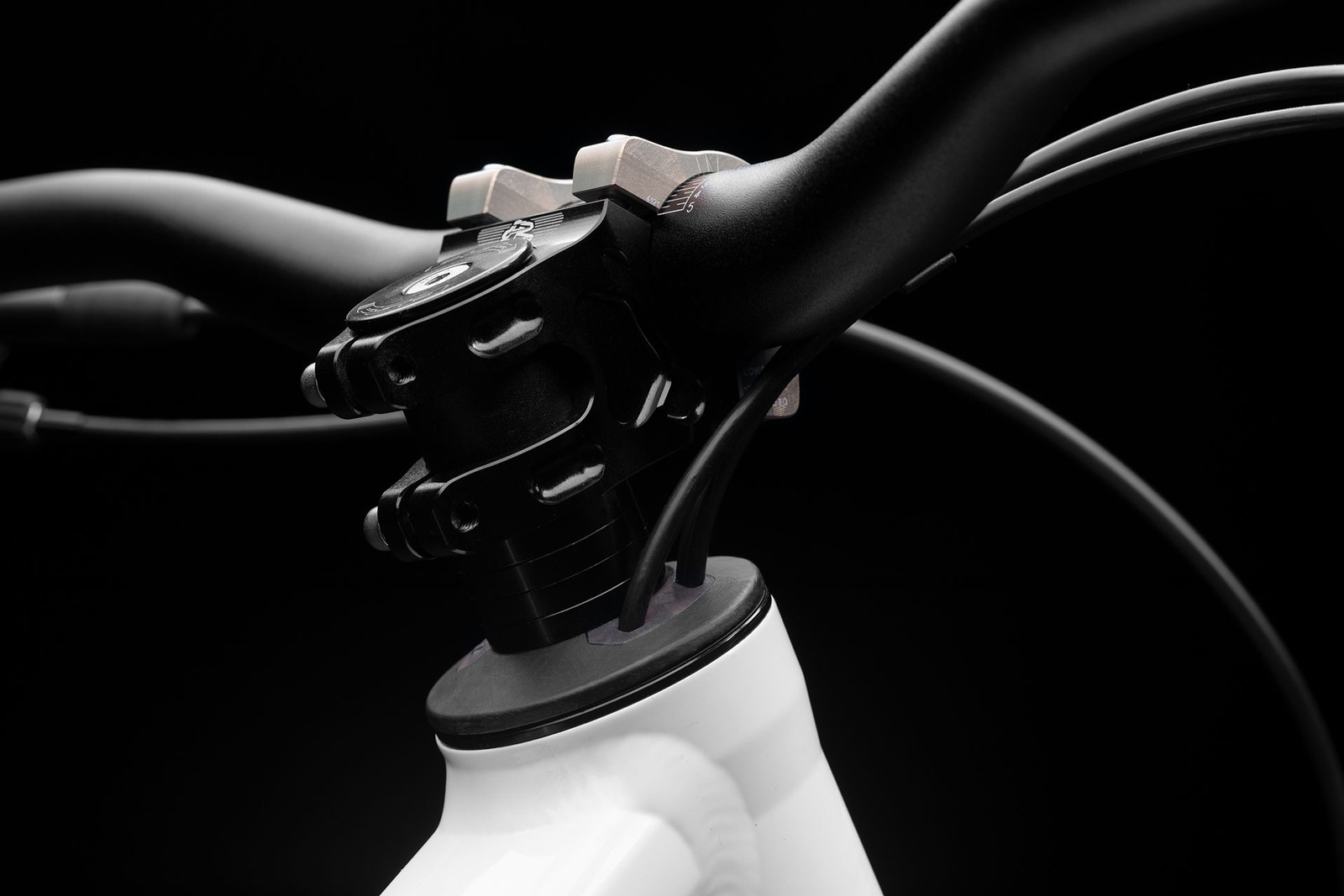 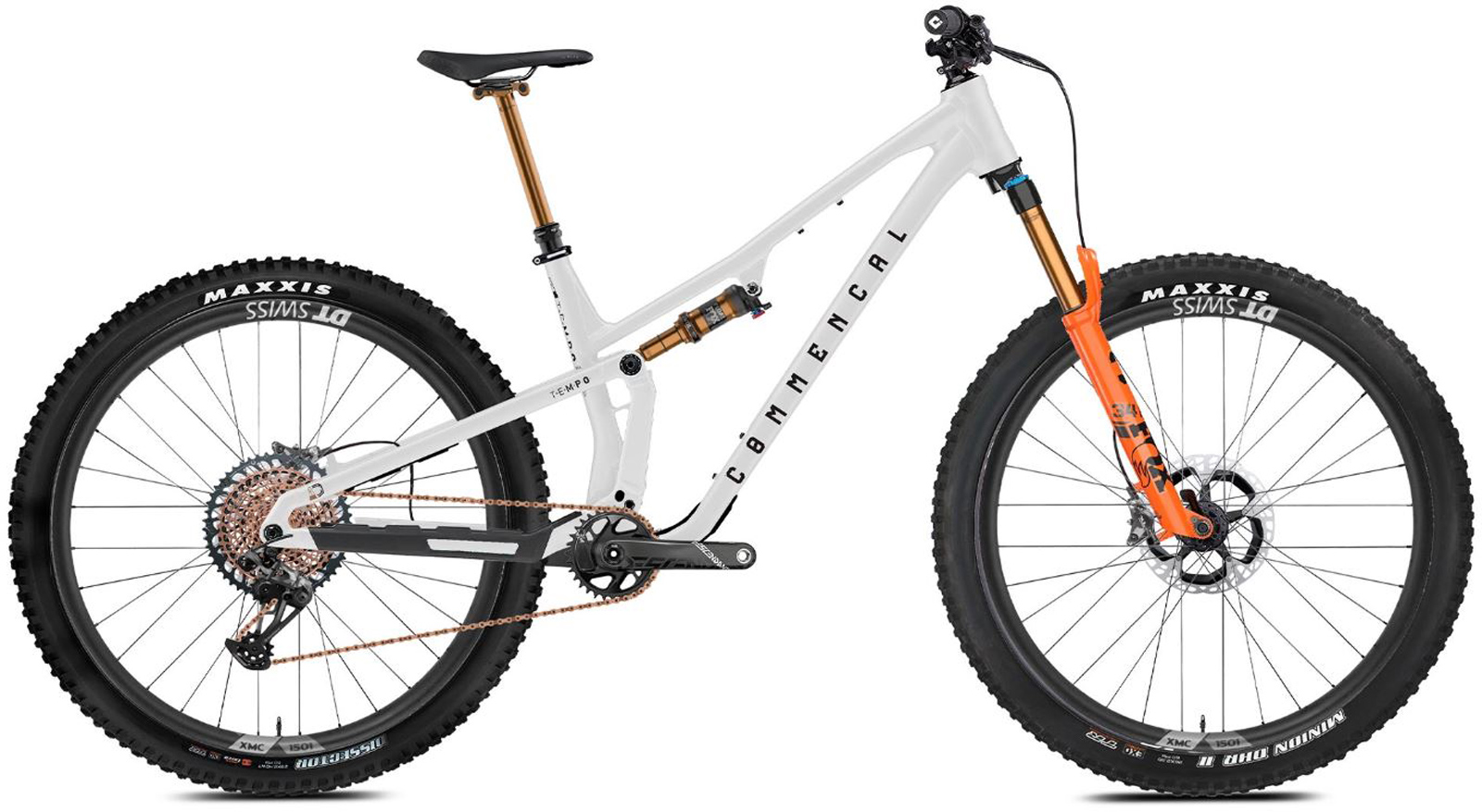 The Commencal TEMPO Signature LTD is available in White only

The Commencal TEMPO will be available at four price points, ranging from € 3,250 up to € 6,200. The Commencal TEMPO Signature LTD tops the range at € 6,200, fleshed out with a Fox Factory 34 Fork, a DPS Factory Shock, a DT Swiss XMC 1501 wheelset on 240 EXP hubs and Shimano XT brakes with 203mm and 180mm rotors. It is driven by the very flash SRAM XO1 12-Speed drivetrain with a Copper finish. This one is available to pre-order now, with delivery expected in August 2023. 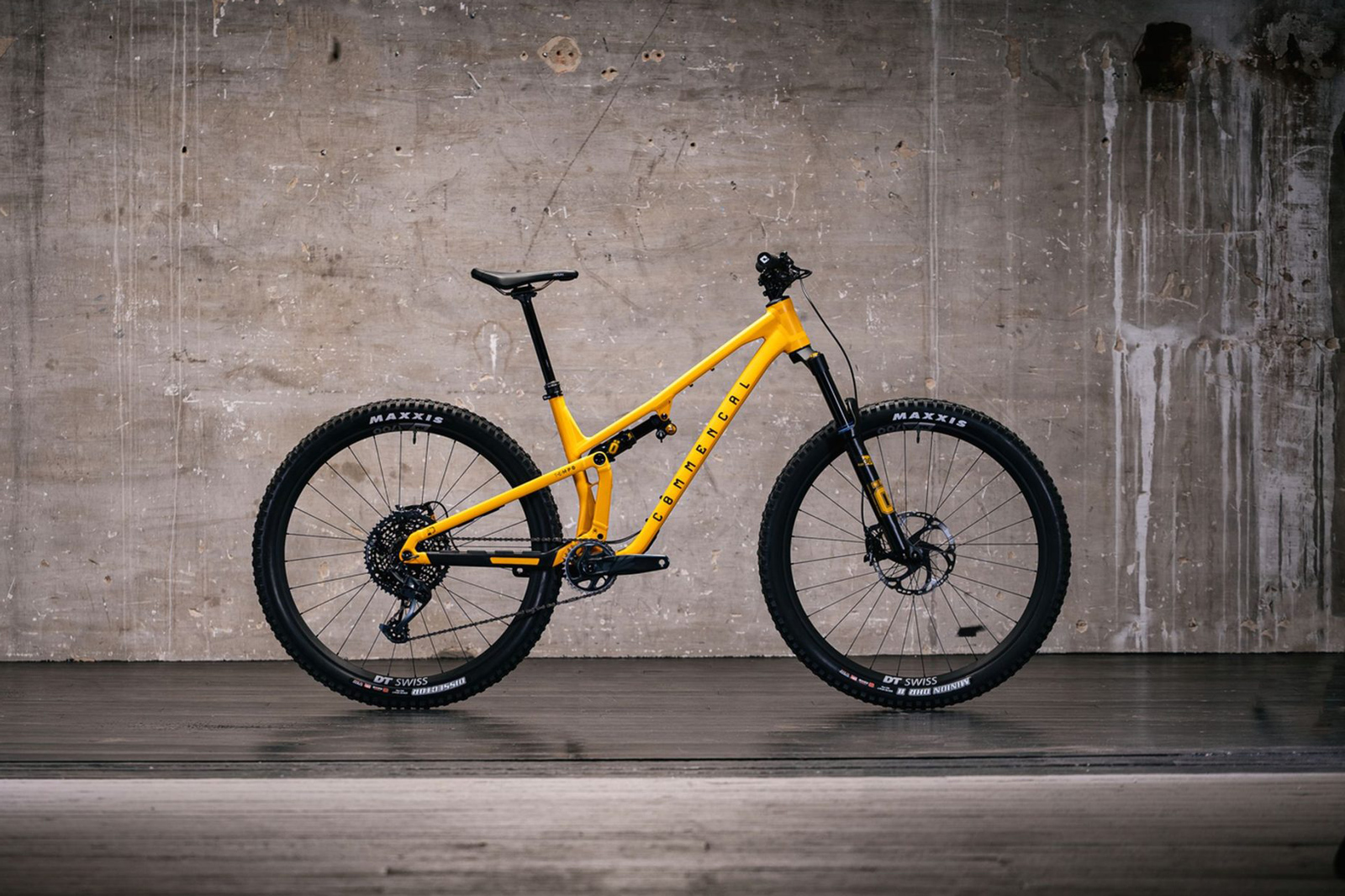 The Commencal TEMPO Ohlins is also available in Metallic Green and Chalk colorways; all are due in January 2023

The TEMPO Ohlins model retails at € 4,900. It is bedecked with an Ohlins RXF 36 M2 Air Fork and TTX1 Air Shock. It rolls on a Crankbrothers Synthesis Enduro Alloy Wheelset with Industry Nine 1/1 hubs, driven by a SRAM GX Eagle 12-Speed drivetrain, with speed managed by TRP’s 4-Piston Trail EVO brakes. 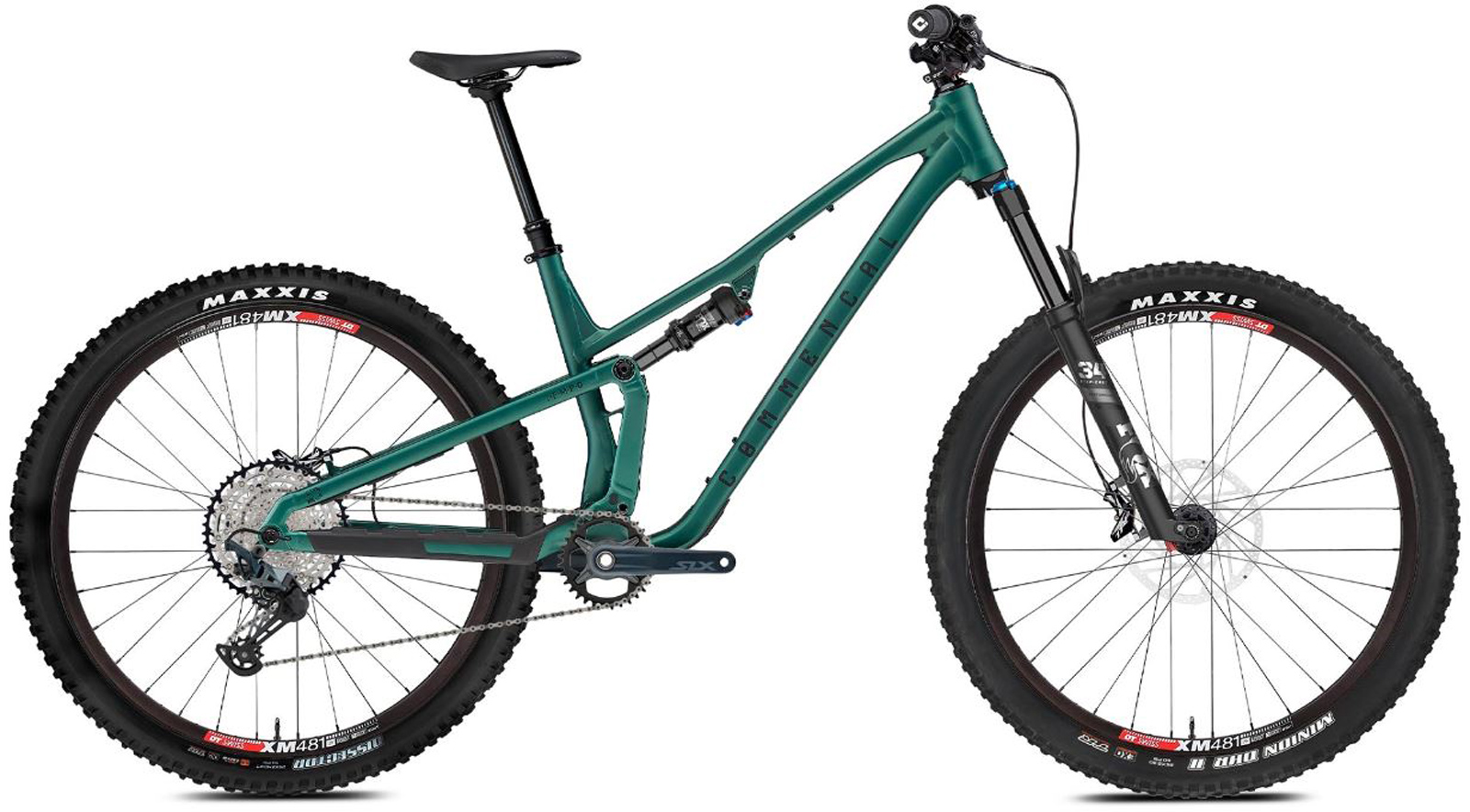 The Commencal TEMPO Essential is also available in Frozen Brown; pre-order now for delivery in May 2023

More affordable is the Commencal Essential, retailing at € 3,900. This one is built up with a Fox 34 Trail Performance Fork, a Float DPS Shock, a Shimano SLX 12-Speed Drivetrain, TRP Trail EVO Brakes and DT SWISS XM 481 rims on a Formula hubset. 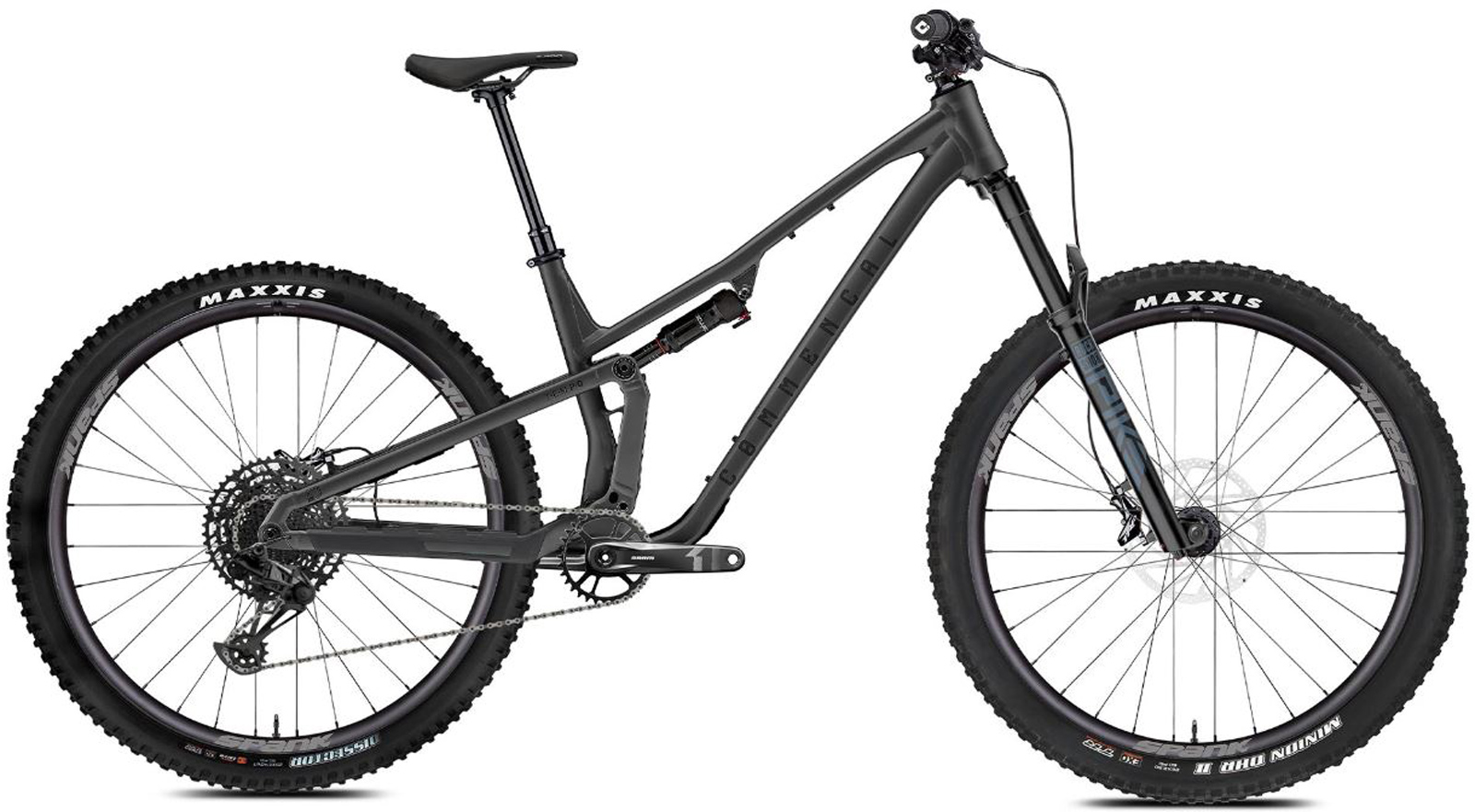 The Commencal TEMPO Ride Model is available in the Utah Dirt colorway too; pre-order now for delivery in March 2023