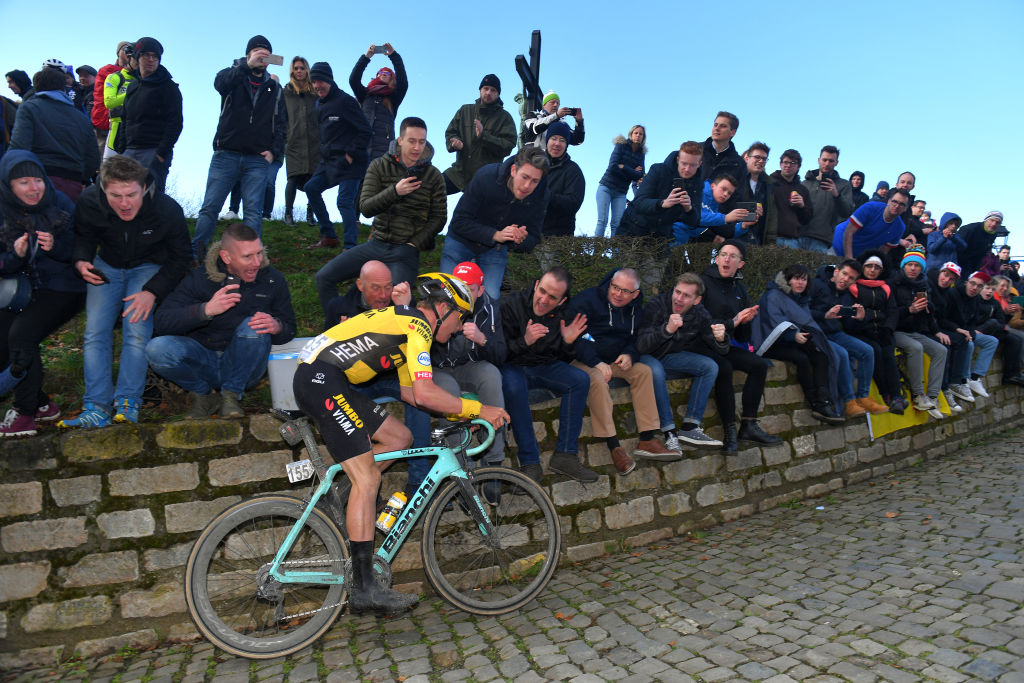 Mike Teunissen (Jumbo-Visma) is facing another injury interrupted season after the Dutchman crashed on Saturday after hitting a rock on a descent during high-altitude training with his team on Tenerife.

Jumbo-Visma said Teunissen may not be able to compete this spring at all following the accident and, while they did not disclose the exact nature of the injury, the team said that after receiving first aid in hospital on the Spanish island the rider flew to Netherlands where additional examinations showed further treatment was necessary.

“First you hope that it’s not too bad, but this is terrible,” said Teunissen. “You want to start the season well, especially if the previous one was ruined, as in my case, by an injury. But anyway, apparently I have to drain the poison cup completely. Instead of taking one step forward with an altitude training camp, I am now taking two steps back. I’m going to do everything I can to be back on the bike as soon as possible.”

Last year’s season was also interrupted by an injury sustained during a training crash. His 2020 season restart, following the interruptions caused by the COVID-19 pandemic, was delayed until Tirreno-Adriatico in September after the 28-year-old rider injured his knee in July.

Now it looks like the rider – who was also last month named as part of the Jumbo-Visma Tour de France team built around Primož Roglič – may not be able to line up for any of the 2021 Spring Classics season where he, alongside Wout van Aert, is one of the key riders for Jumbo-Visma.

“In the first place, this is a disappointment for Mike,” said Team Jumbo-Visma coach Grischa Niermann. “For us as a team it is also a bummer, because of course it is no secret that we have ambitions in the classics. Mike is a strong rider for that, but fortunately we also have other good men to make up for his loss. In the classic core, riders will move up a spot and we are confident that they will do well.”