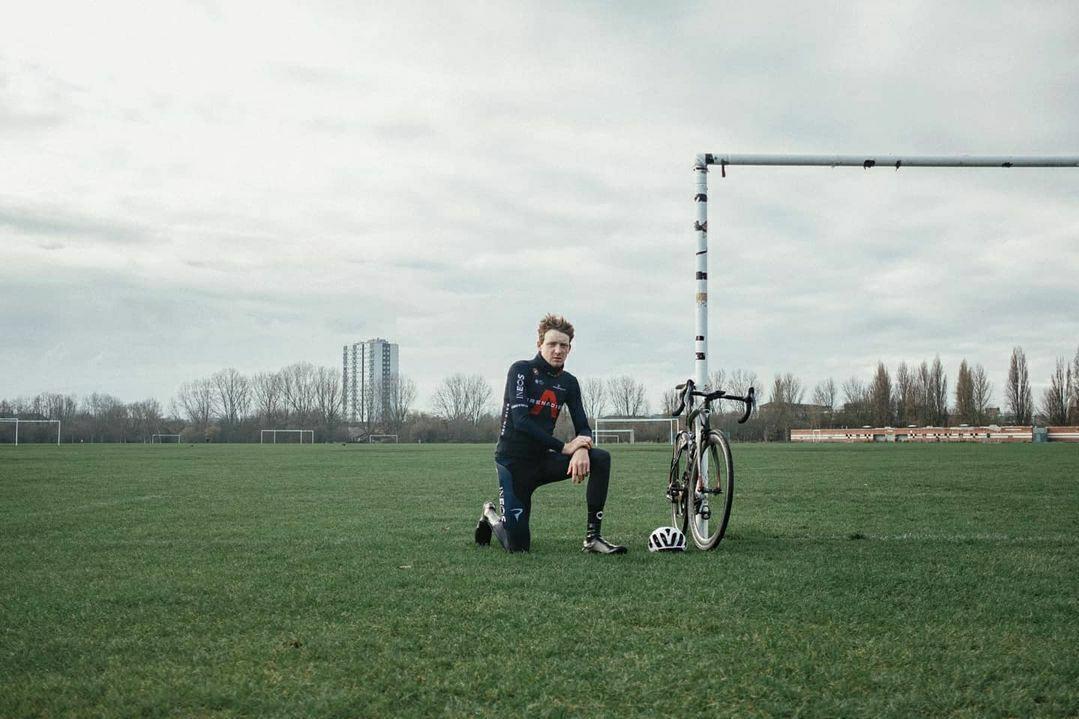 Tao Geoghegan Hart and Axel Merckx have opened up applications for a stagiaire position on the U23 Hagens Berman Axeon squad. The Ineos Grenadiers rider, who is competing in his first Tour de France, made the announcement on Friday evening via his Instagram account. The position was created in order to open up pathways for riders and improve cultural and racial diversity within the sport.

“Everyone has a dream. Everyone has a journey. The foundations of my dream and my journey, were built during 3 unforgettable years with @hbaxeon.Tomorrow I start my first @letourdefrance with the incredible @ineosgrenadiers. Another dream realised. With this in mind, @axelmerckx and I are today inviting applications for the opportunity to ride for the team this summer. We are looking for male riders born in 2000-2002, although those from 1999 will also be considered,” the 2020 Giro d’Italia winner wrote.

“We understand there are many young riders that would love this opportunity. However this stagiaire position is specifically aimed toward the progression of diversity and inclusivity within the amazing sport of Cycling. For riders who’d like to be considered, please send applications to ridewithus@axelmerckxproject.com. Include your best results and up to 300 words giving context on your career, your journey so far and, most importantly, your dreams. Deadline July 12th.”

Since winning the Giro last year, Geoghegan Hart has made several public statements about the lack of diversity within the sport. He took the knee in March this year and announced at the time that he would sponsor the stagiaire position at Merckx’s team, where he rode as a U23 rider before graduating to the professional ranks and signing with Team Sky/Ineos Grenadiers.

On the eve of the Tour de France the rider was asked about his choice to use social media to support and advocate on behalf of a number of topics, such as equality, diversity and the LGBTQ+ community.

“In my case, I have my very, very tiny ability and power to do something like sending a social media message or speaking out about something,” he said. “You still have that chance, so why would you not take it, in my opinion?”

“When I look around at the likes of Dina Asher-Smith, who I went to the youth Olympics with, or Marcus Rashford, all of these young sportspeople who are often engaged with the local communities that they grew up in, that resonates the most.”

Earlier this month, Merckx told Cyclingnews that a number of applications had already been received.

“The idea is to give them a stagiaire contract towards the end of the year. That’s the opportunity and it could be anybody. Based on age, then we need to see if he’s eligible to come to the team next year. That’s what we’re aiming for, someone to be a stagiaire, develop in our team, and then later become a pro. We just want to create that opportunity,” the Belgian said.

Chris Anker Sørensen has died after being hit by a driver