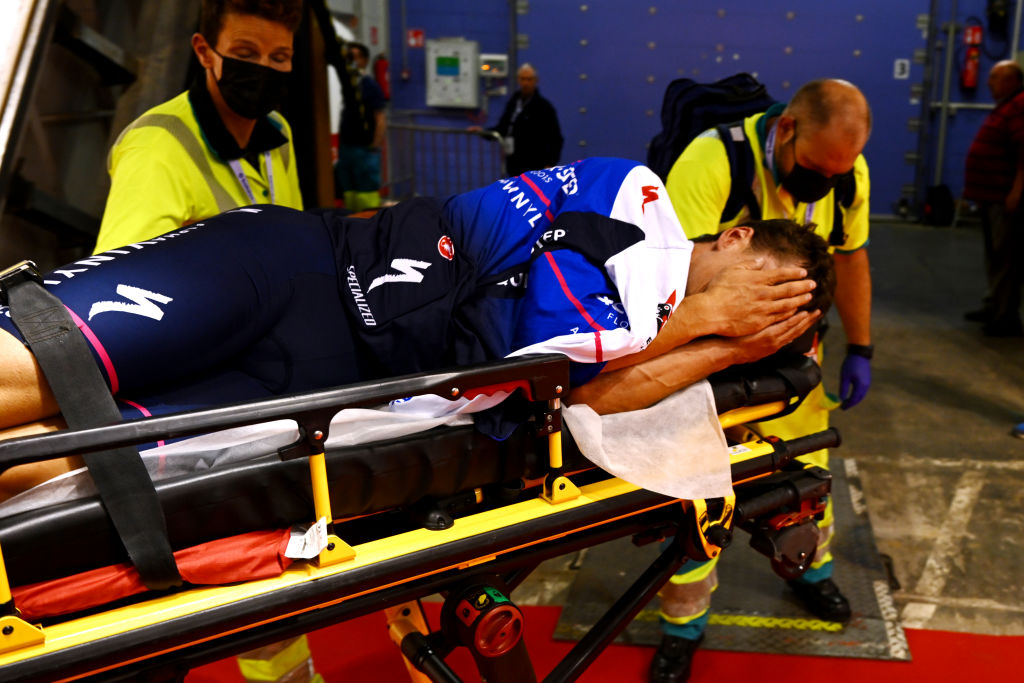 The opening Madison of the 100th Gent Six Day was interrupted on Tuesday by a heavy crash with Stijn Steels the worst off. The Belgian was taken away on a stretcher but was conscious, although in pain, and waved as the crowd cheered him off.

The pile-up came midway through the first major point-scoring event of the evening for the elite men’s field. Jules Hesters and Tim Torn Teutenberg, racing in the yellow of Sport Vlaanderen, botched an exchange and both came down.

Coming in fast from behind, Fabio Van den Bossche tried to steer around but slid out in the path of Steels, who fell head-first down the steeply banked track in ‘t Kuipke.

Van den Bossche got back up and, after a neutralisation, finished third with BelgaClima/DS Plastics teammate Yoeri Havik. Hesters and Teutenberg were fourth, while Steels and teammate Silvan Dillier were classified three laps down.