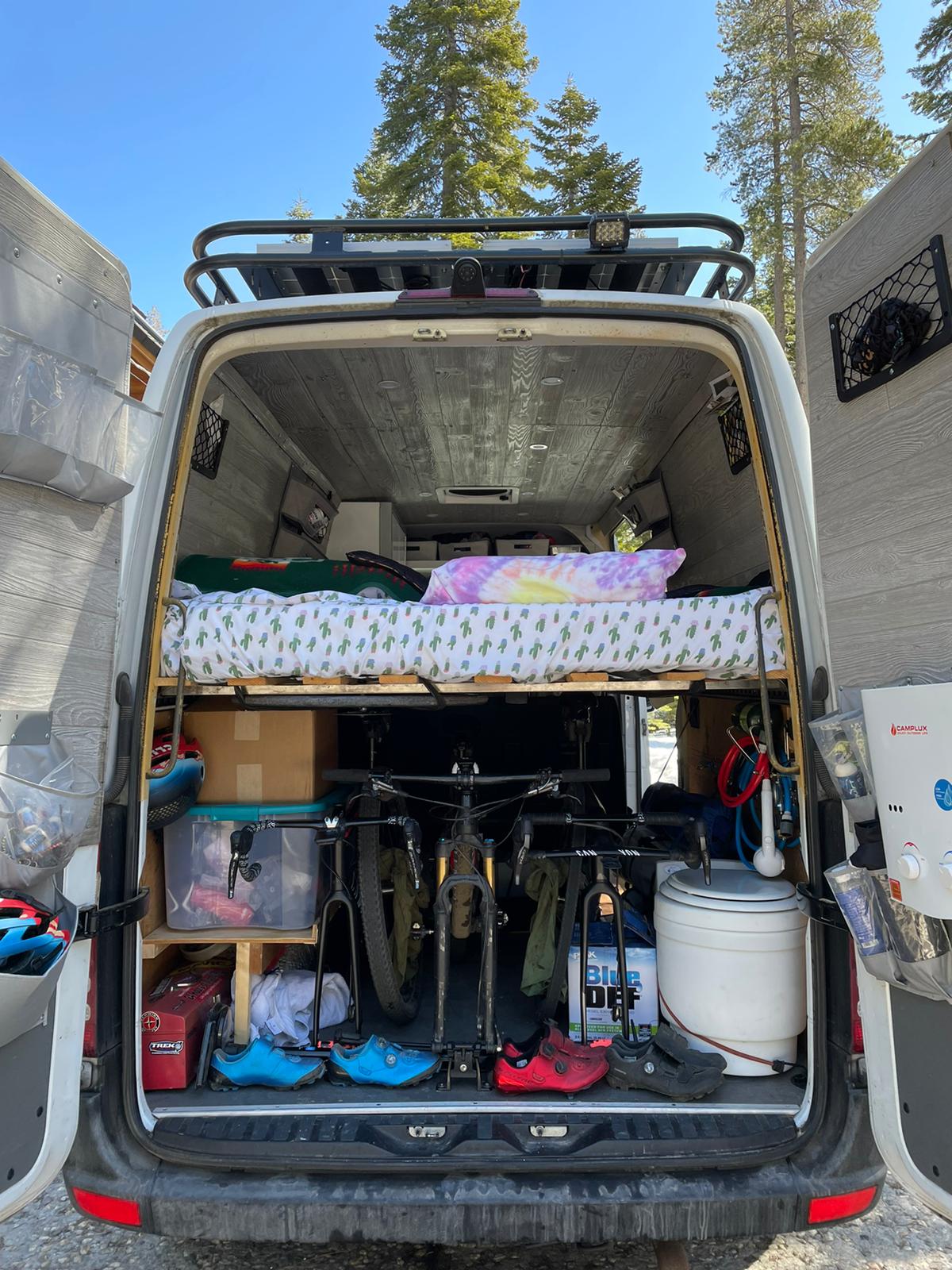 With spring firmly here and COVID-19 restrictions starting to lift in certain states in the US riders are able to plan their gravel calendars with a little more certainty and for Peter Stetina that means a week-long adventure in Portland that will culminate in Sunday’s Gorge Gravel Grinder, followed by a heap of gravel riding with friend and ex-teammate Jacob Rathe.

Based in California, Stetina will load up his van this Friday before embarking on a near ten-hour drive to Portland before scouting out Sunday’s race route. There are three events on offer with a 52.2-miler, a 67.2-miler, and the full 93-mile event that Stetina will headline. This will be one of his first races of the year after his original calendar was knocked off course due to the pandemic.

“The Gorge Gravel Grinder is up near the Portland area and it’s put on by the same people who organize the Oregon Trail Gravel Grinder, which is going to be one of the bigger summer events. This weekend it’s just a one-day spring event and it’s more hard-packed gravel, where you could probably get away with using a road bike. It’s almost like Strade Bianche style roads with rolling pasture lands,” Stetina told Cyclingnews.

“It’s a really strong riding scene there and it’s going to be good to get my finger on the pulse of another regional gravel environment. It’s a regional event and this is still very much early-season prep but I’m really looking forward to heading out there. I think the field is going to be competitive and there’s a lot of really talented cyclo-cross riders around that way so I’m excited to see who comes out.”

The course Stetina plans to race includes over 7,000ft of elevation but the American rider is more concerned with the tactical side of the race, rather than the specific profile.

“I think it’s going to be a tactical race, which could make it harder for me but it’s going to be good. Right now though, I just want to try as many races as possible so I can figure out what I like. It’s a bit like a racing buffet for me and I’m going to stick out there for a couple of days around Hood River and ride gravel bikes with Jacob Rathe.”

This weekend allows Stetina to leave California for a rare trip in the converted van he purchased to transport himself and his equipment across the country. While he’s only had a handful of chances to use the vehicle in the last 12 months this weekend is a key opportunity to venture out on a week-long trip that combines his gravel racing and his sense of adventure.

“I’ve got to pick up a few spare parts and I’ve just installed my own portable camping shower. I can fit three bikes in there under my bed, which is specifically cut to my saddle height and there’s a sink and it’s got electricity. It’s a gravel-style team bus. I’ve got a system for packing up now but it’s basically like a moving apartment with a bike assembly kit but once I’m in it it’s way more comfortable than staying in a hotel.”

“It’s going to be about a week, with ten hours of driving each way. In May it’s full gas with the racing and that’s when there are some really big events taking place.”

Cyclocross: The ‘Big Three’ face off Sunday for first time this season