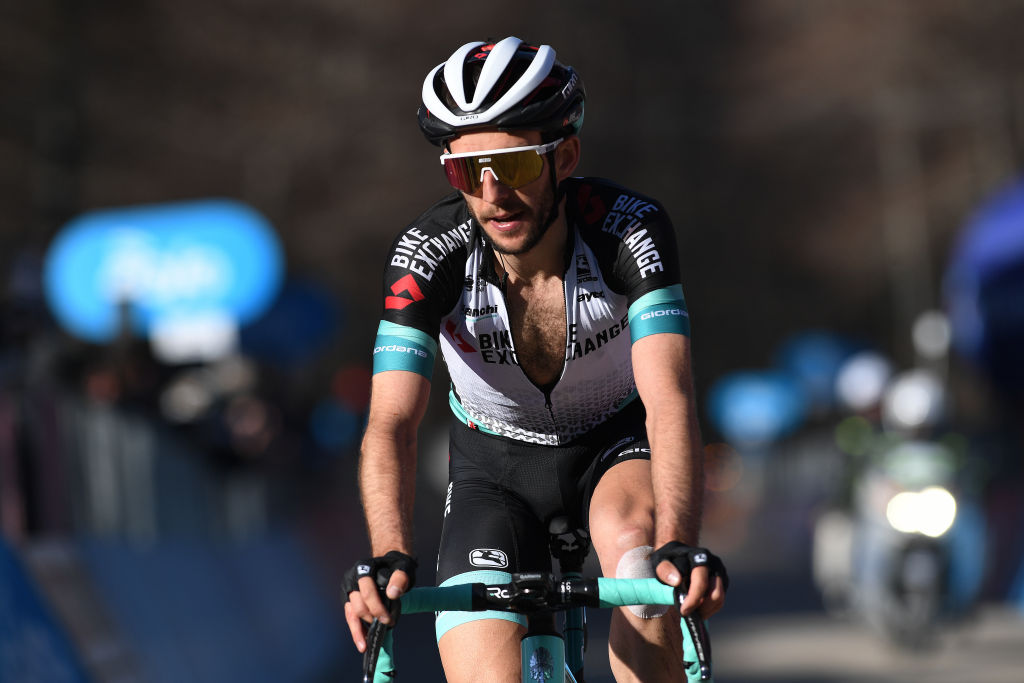 Heading to the finish of stage 4 of Tirreno-Adriatico on the climb to Prati di Tivo, Team BikeExchange leader Simon Yates could see UAE Team Emirates’ Tadej Pogačar so tantalisingly close but the Tour de France winner remained just out of reach and claimed the stage win and race lead on Saturday.

The defending champion of the race admitted he missed his chance at salvaging this year’s race by playing a tactical waiting game after Pogačar’s long-range attack.

With 5.5km to go, Pogačar went again, bridging across to another Thomas attack and then dropping the Welshman. He had 20 seconds in hand before Mikel Landa (Bahrain Victorious) hit out to try and chase, and Yates latched onto the Spaniard’s wheel.

Yates then surged with 3km to go but the gap to Pogačar was ultimately too big to close, and he had to settle for second place, six seconds behind the young Slovenian.

“I tried to go across and close the gap a little bit, but he was already long gone, I didn’t really get any time on him after the initial acceleration. It was tough to win the stage, but the sensations are good, so I am feeling quite happy.”

A stage win would have made up for Yates 1:22 time loss on stage 2, when he raced aggressively in the closing kilometres only to lose contact in the uphill sprint in Chiusdino.

“I am off the GC from stage 2, but that is racing, sometimes you make mistakes, and I will make more in the future, don’t worry. We will see how tomorrow goes now.”

There are two hilly stages on Sunday and Monday before Tirreno-Adriatico wraps up with the 10km time trial on Tuesday but Team BikeExchange sport director Matt White was looking further down the road and liking what he saw from Yates.

“Very pleasing signs today. We came here as part of our preparation for the Giro d’Italia and what we saw was a very impressive climb from Simon. Not quite good enough to catch Pogačar but at the end of the day this is Simon’s first race of the season,” White said.