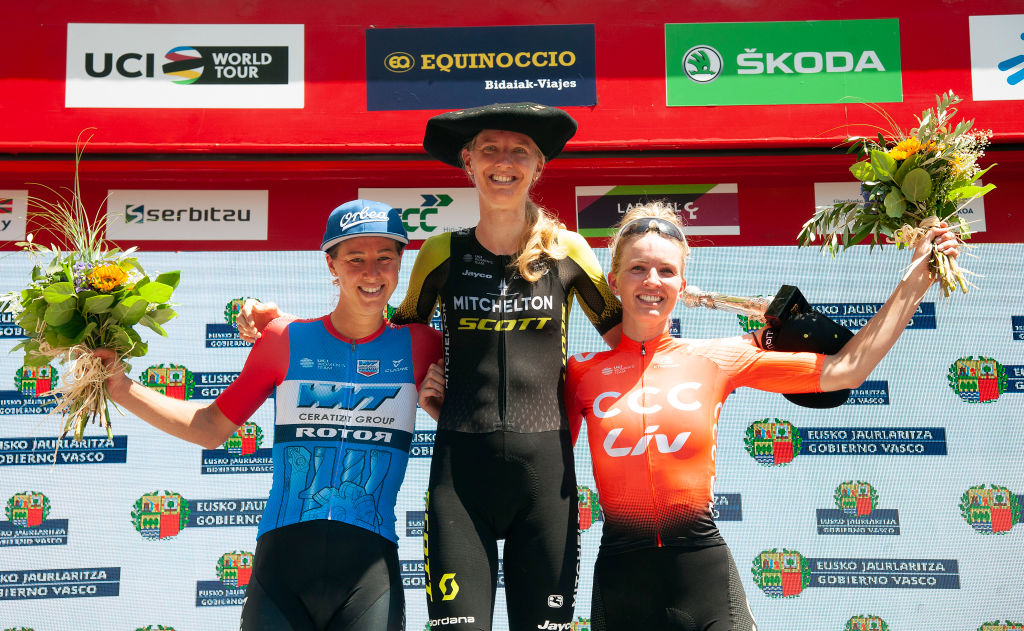 The women’s peloton has lost two more races from the early season calendar, with Setmana Ciclista Valenciana (February 18-21) being removed and the new Itzulia Basque Country Women’s WorldTour event planned for May 14-16 listed as postponed on the UCI’s international calendar for 2021.

Grand Prix de Denain–Porte du Hainau, a men’s 1.Pro event that was scheduled for March 18, has also been removed from the calendar.

Setmana Ciclista Valenciana is traditionally held in February and used as the kick off to the European season for many world-class teams. Many of the Women’s WorldTeams are currently training in various regions such as Girona and Alicante, and plan to begin their racing seasons in Spain at both the 1.1-level Vuelta CV Feminas, which is still on the calendar, followed by the 2.1-level Setmana Ciclista Valenciana.

Last year, Anna van der Breggen (former Boels Dolmans) opened her season with the overall victory at the Setmana Ciclista Valenciana, taking the win ahead of Clara Koppenburg (then Bigla-Katusha) and Demi Vollering (then Parkhotel Valkenburg).

The 2020 season was then shut down due to the COVID-19 coronavirus pandemic and didn’t resume until later in the season with three Spanish one-day races – Emakumeen Nafarroako Klasikoa, Clasica Femenina Navarra and Durango-Durango Emakumeen Saria in July – and the beginning of the revised Women’s WorldTour in August at Strade Bianche.

The UCI introduced the events of the 2021 Women’s WorldTour, which was supposed to once again begin at the Cadel Evans Great Ocean Road Race in Australia on January 30 before moving to Europe for Strade Bianche on March 6. However, the 2021 Tour Down Under and the Cadel Evans Great Ocean Road Race men’s and women’s events were cancelled after the COVID-19 global pandemic made it difficult for teams to travel to Australia for the January races.

The top-tier calendar also included the addition of two new Spanish stage races: Itzulia Women (formerly Donostia San Sebastian) from May 14-16 and Vuelta a Burgos Feminas from May 20-23, with the 1.1 Durango-Durango Emakumeen Saria held in between on May 18.

The cancellation and postponement of the three events comes after a series of other cancellations of women’s events, including the Race Torquay, Herald Sun Tour, and Ronde van Drenthe.

The men’s calendar has also been hit with cancellations of the Tour Down Under, Herald Sun Tour, Tour Colombia, Vuelta a San Juan, Tour of Antalya, Mallorca Challenge, Tour de Yorkshire, Saudi Tour and Tour of Oman, have all been called off, while the Volta ao Algarve and Vuelta a Andalucía have requested postponements until May.

Volkswagen is now leasing bikes in Germany: is this just the beginning?

Taipei Cycle Gold Awards by iF for 2021 include products from Merida, Liv, Cadex, & more