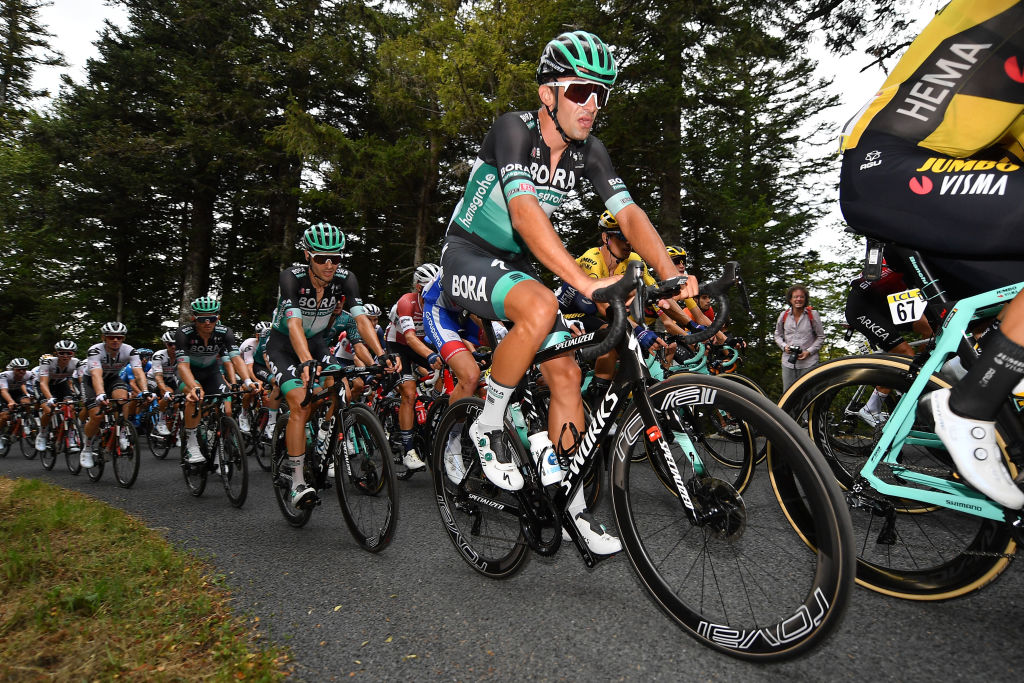 Andreas Schillinger (Bora-hangrohe) has been diagnosed with ‘fractures of the transverse processes in cervical and thoracic spine’ after he and six other teammates were hit by a car while training on Saturday.

Few details surrounding the collision have been released but three riders, Kelderman, Selig and Schillinger were transported to a local hospital while the remaining four escaped with just minor injuries and were able to be transported back to the team hotel.

The German team were able to confirm that both Selig and Kelderman had suffered concussions but that Schillinger needed to go through further medical checks on Saturday evening. The compete diagnosis of all of Schillinger’s injuries have yet to be released but the team are expected to make a statement on social media in the next few hours.

A spokesperson confirmed to Cyclingnews that although Schillinger, 37, would not require surgery the team expect that the rider would need a ‘longer break’ in terms of his rehabilitation and recovery.

Tour of Poland stage where Jakobsen crashed will not be used again, says UCI

Wout van Aert: Strade Bianche is one of the strongest fields of the year

Julian Alaphilippe: Strade Bianche deserves to be a Monument