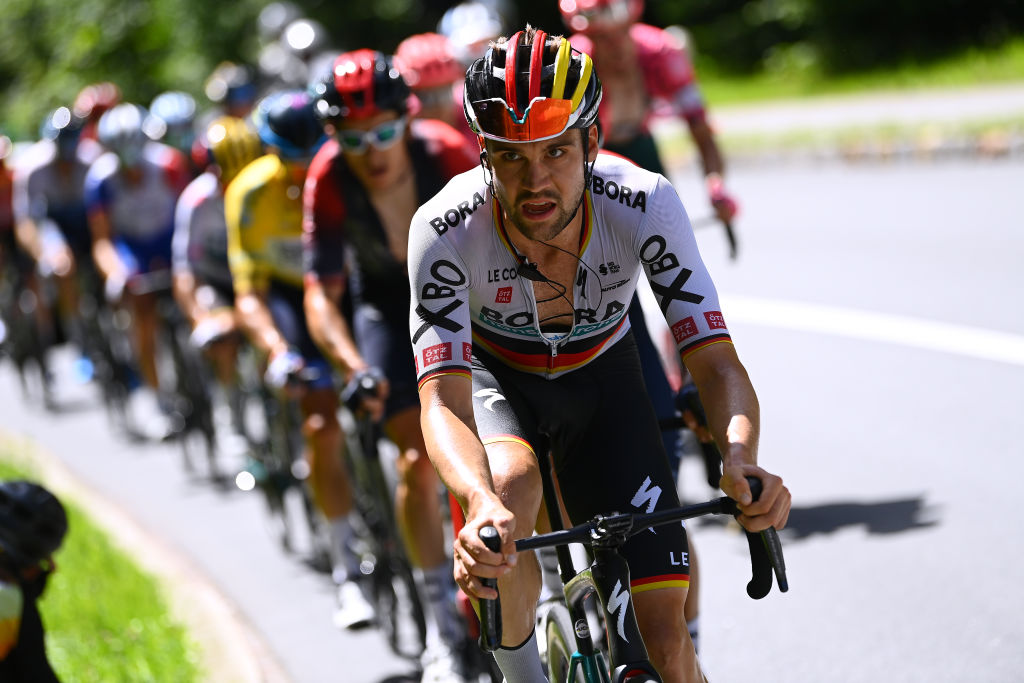 Max Schachmann’s participation at the Tour de France is in doubt after he returned a positive test for COVID-19 ahead of the German Championships. The Bora-Hansgrohe rider will not defend his road race title in Sauerland on Sunday.

“After a positive antigen test for COVID-19, Maximilian Schachmann will unfortunately miss the German Championships this weekend,” read a statement from Bora-Hansgrohe. “The effect of this on a possible Tour de France participation cannot yet be estimated.”

Bora-Hansgrohe added that they intended to announce their eight-man Tour selection on Sunday.

Schachmann has endured an ill-starred 2022 season. He already tested positive for COVID-19 at the beginning of the year and illness later forced him to miss the Ardennes Classics. His hopes of overall victory at the Tour de Suisse were compromised by a crash in the finale of stage 3, but he rode strongly thereafter, placing 10th overall while helping Sergio Higuita to a podium spot.

Vlasov, who joined from Astana in the winter, has been one of the outstanding riders of the season, winning the overall the Tour de Romandie and the Volta a la Comunitat Valenciana, and he is expected to lead Bora-Hansgrohe’s general classification challenge at the Tour de France.

Who are the 2022 national champions so far?