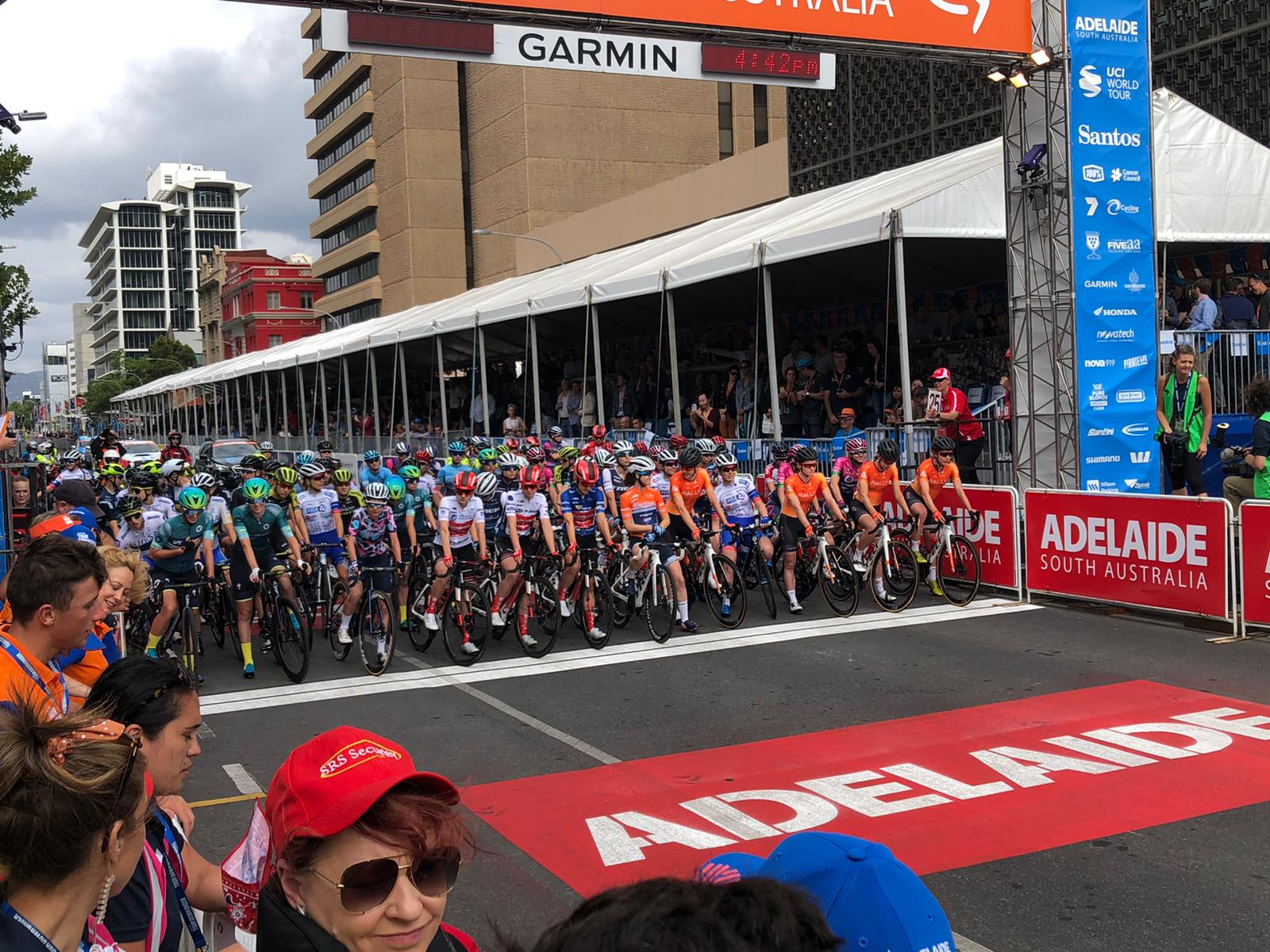 Despite the cancellation of the men’s and women’s Tour Down Under in 2021 the race organisers are set to hold a four-day Santos Festival of Cycling (January 21-24).

The men’s and women’s WorldTour teams will be sorely missed in Adelaide but Kimberly Conte, the organiser of the women’s Tour Down Under and now Santos Festival of Cycling, believes that the replacement event will provide a huge opportunity for the domestic riders in Australia to showcase their talents and enjoy a rare NRS opportunity after several other races were cancelled due to the COVID-19 pandemic.

“It’s really important and we’re thrilled to be able to deliver a domestic event,” Conte told Cyclingnews. “It’s been such a hard year for everyone and it’s been a challenge for domestic riders too who haven’t had the opportunity to race or train as much. So to be able to have them come out and race in Adelaide and have that continuity is really important for them, our fans and the spectators.”

GreenEdge will field a strong women’s team in the four-day event with Grace Brown leading the Australian squad, but with the rest of the World Tour teams staying away due to the nature of the long quarantine rules the event provides a platform for domestic riders to race in front of crowds and a TV audience.

“One thing that we’ve had is the chance to focus on our domestic riders, who have had a very tough year with not a lot of racing. So to have some riders returning from overseas to race in Australia, alongside some of the up and coming domestic riders changes the dynamic of the race but is also quite exciting. There’s an amazing amount of talent in Australia and to be able to focus on that is a shift, but definitely a positive one. With it also being an Olympic year there’s another added dimension to it.”

The men’s and women’s events both feature the iconic climb of Willunga Hill on stage 3. The ascent has been a longstanding feature of the men’s Tour Down Under but has never been included in the women’s equivalent. The inclusion of the climb therefore gives the female competitors their first chance to race on a climb that has become synonymous with racing in the Southern hemisphere.

“It’s the first time the women have finished on that hill and it’s particularly exciting. The stage is going to be short, sharp, and shiny. For the domestic riders, it takes on added significance. Everyone knows that Richie Porte has been the king of the hill in the Tour Down Under so for the women to stamp out the same sort of title will be really great for them. It’s an iconic climb,” Conte said.

While plans move forward with the new events, there are concerns about rising COVID-19 cases in Australia. Conte is confident, however, that the organization behind the race – along with the relevant health authorities – is doing everything within the power to ensure a safe environment for fans, athletes, and staff.

“We strive for a safe and successful event at any time but COVID has created so many challenges for the team here. They’ve done a vast amount of work to make sure that the event is safe. So we’ve designed starts and finishes which are quite secure and limited to a certain number of people. We’ve put policies together with the South Australian health board to ensure that the teams, our staff, and volunteers all stay safe. It’s a work in progress but at the moment it all looks really good,” added Conte.

Lampaert: I’m confident for the Classics after 2020 results