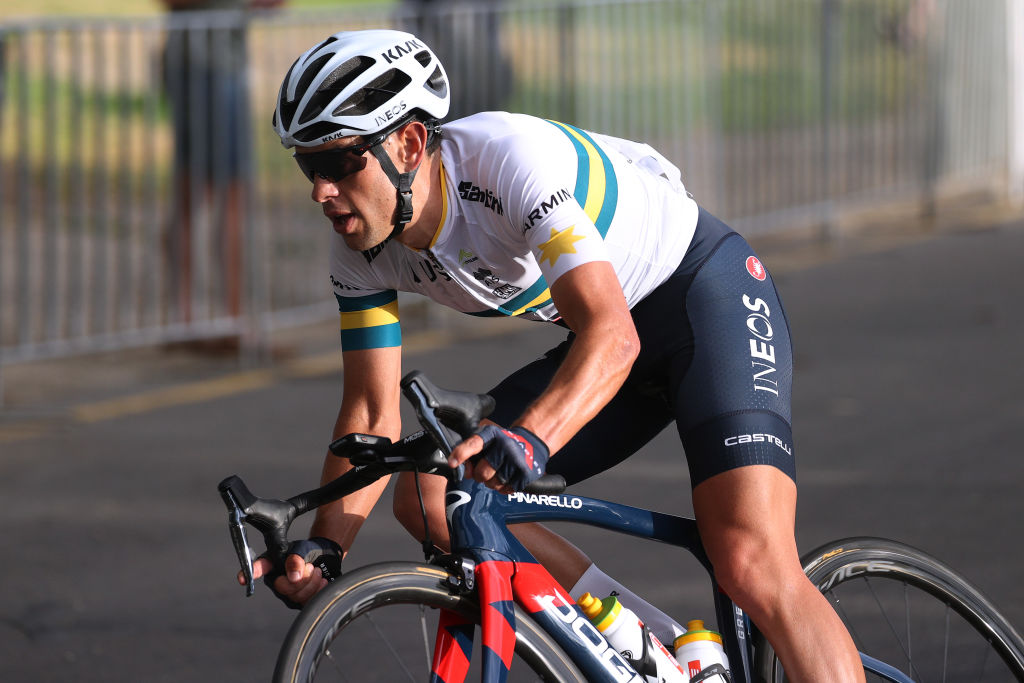 Richie Porte (Team Ineos Grenadiers) returned to his home state, after headlining at the Santos Festival of Cycling, to spend his 36th birthday receiving awards from both the City of Launceston and AusCycling Tasmania.

The Monaco-based rider, who was born in Launceston and grew up in the nearby town of Hadspen, has long been recognised as one of Australia’s top cyclists but broke through to a new level with his Tour de France podium in 2020. Porte is the first Australian rider to finish on the podium of the French Grand Tour since Cadel Evans took the top step in 2011.

“It’s nice to be recognised in my home state,” said the rider in a report in The Examiner. “This is an absolute honour and privilege. I’m a proud Launceston boy and Tasmanian and it’s nice when people come up to me in the street and say that the Tour gave them a lot of joy in a weird year,” Porte said after receiving the key to Launceston on Saturday.

It was a long journey to the podium for Porte, who has ridden the Tour de France 10 times in his career. He placed as high as fifth in 2016 but twice crashed out. The 2020 race, which he missed the birth of his second child to attend, may well have been his last performance as a Tour de France team leader given his move from Trek-Segafredo to Ineos Grenadiers in 2021 where he will act largely as a super domestique.

He started those duties early at the Santos Festival of Cycling with the team leader doing everything he could to not only share his experience with his young teammates in the national squad (Team Garmin Australia) but also to help them to victory by pulling back breaks and fetching bottles.

“Richie has been a leading cyclist on the world stage for a number of years and his performance finishing third at the Tour de France was an outstanding achievement,” said Launceston Mayor van Zetten in a statement. “He has been a wonderful ambassador not only for his home state Tasmania, but for all Australians and it is certainly an honour to present Richie with the Key to the City.”

The key, has been presented to just a handful of community members in recognition of outstanding achievement in sport, entertainment or humanitarian work at a national or international level. Another recipient is cricketer Ricky Ponting, who captained Australia and was a key player in three World Cup winning squads.

As well as being honoured by Launceston on Saturday evening Porte received the Cycling Tasmania inaugural International Medal for his contribution to the sport.