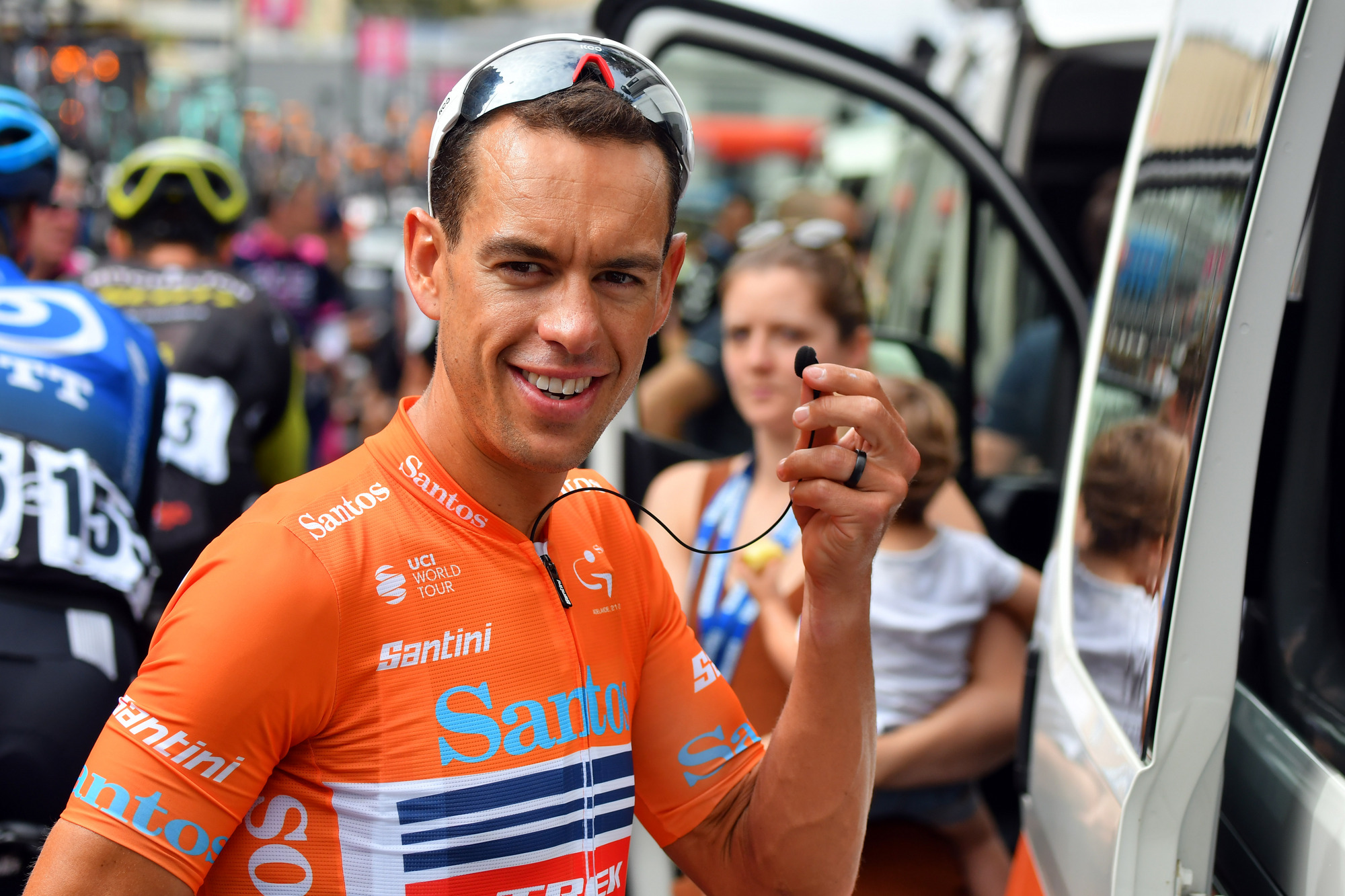 Richie Porte and Annette Edmondson have been confirmed as part of Team Garmin-Australia with Cycling Australia announcing their line-ups for the men’s and women’s Santos Festival of Cycling.

The two events are set to replace the Tour Down Under after the WorldTour race was cancelled this year. The replacement event runs from January 21-24 but there have been recent concerns over a new hotspots of COVID-19 infections across Australia. For now, the men’s and women’s events are set to go ahead and the Australian national women’s team will include Edmondson, Georgia Baker, and Sarah Gigante.

Porte, a two-time winner of the Tour Down Under, typically kicks off his season in Australia, and 2021 is no different. Although the Santos Festival of Cycling is shorter than the Tour Down Under, and lacks a WorldTour field, the race will still tackle the iconic Willunga Hill with the women’s peloton set to race up the climb for the first time. The race will be Porte’s first outing on his Team Ineos Pinarello.

“It’s great to see Richie back in Australia after his historic Tour de France podium and for him to be racing as a part of the Garmin-Australia National Team is really special.  Let’s hope the fans come out in their droves to give Richie the pat on the back that he so well deserves,” first-year race director Stuart O’Grady said in a press release issued by the organization.

James Whelan (EF Education-Nippo), a four-time world track champion, will also form part of the team, with Sam Welsford and Kelland O’Brien, both of whom raced the last Tour Down Under in 2020 for the national team, and Luke Plapp and Alex Porter also on the roster. The final spot has been taken by veteran rider Leigh Howard, who in recent years has shifted his focus back to the track.

“When one door shuts another one opens. For a lot of the domestic teams and the young riders, this is a huge occasion,” O’Grady told Cyclingnews in late December.

“They’ll have a stage to perform on and it’s going to be the best national road series event that a lot of these riders will have had to perform on. It will have the look and feel of the Tour Down Under with the same team and infrastructure behind it. What an opportunity for a young kid. One week you’re racing around a small track in regional Australia and then the next week you’re racing up Willunga alongside Richie Porte.”

“We are really pleased to have the opportunity to race on what’s going to be home roads for the Australian Cycling Team.  I want to take this opportunity to thank the organisers for continuing the race this year, and I hope it’s going to be a success for all taking part,” said Cycling Australia’s Performance Director Simon Jones.

“We are eager to showcase the quality of racing in Australia with both the men’s and women’s teams, but I’m particularly excited by the strength, skill and experience of the Women’s team,” added Kimberley Conte, the Women’s Race Director for both the Santos Festival of Cycling and the Women’s Tour Down Under.