Prudhomme: ‘Van der Poel is an immense boost for cycling’ 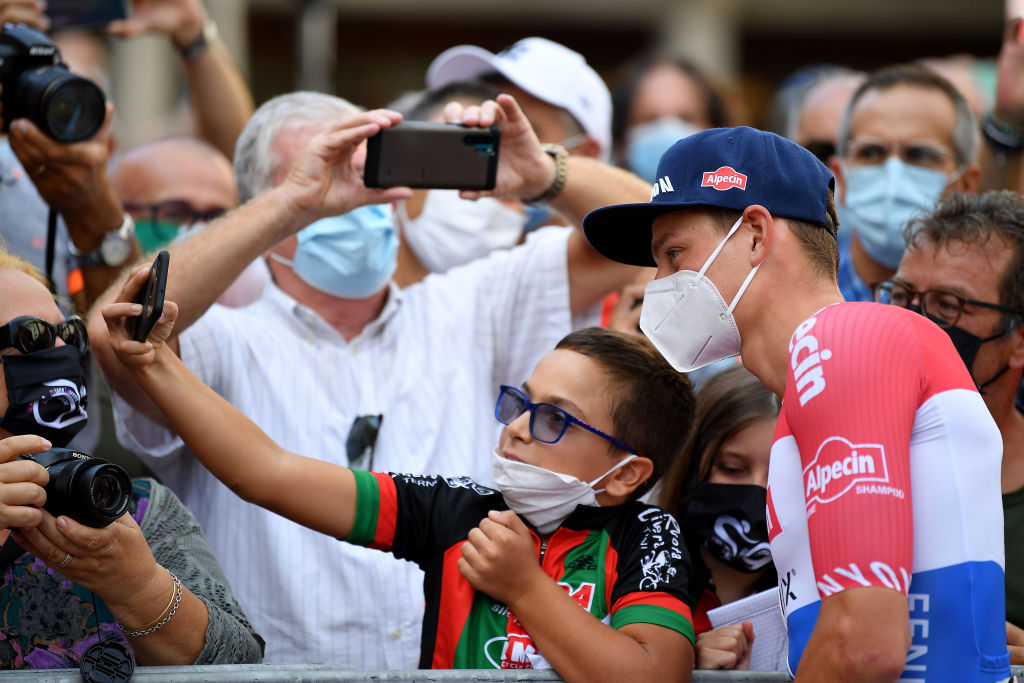 One mention of Mathieu van der Poel is sufficient to send Christian Prudhomme into raptures.

Speaking to Cyclingnews in Châlon-sur-Saône prior to the start of the fourth stage of Paris-Nice, the Tour de France boss couldn’t hide his delight about the fact that the Dutchman is due to make his Tour de France debut this summer with his Alpecin-Fenix team.

“The emergence of Mathieu van der Poel is an immense boost for the sport of cycling,” said Prudhomme.

“He’s someone who’s capable of attacking 80 kilometres from the finish, which is extraordinary. He’s got huge talent and power. He’s the son of Adrie van der Poel, the Dutch champion, and, for the French of course, he’s the grandson of Raymond Poulidor, the most popular of all of France’s champions across every sport.”

The Tour director has relished how van der Poel and his great rival Wout van Aert have reinvigorated road racing and drew a parallel with skiing.

“Things change all of the time in sport,” he said. “In skiing, there was a period when all-rounders such as Jean-Claude Killy dominated and then we saw the real specialists emerge. Now we’re seeing skiers who can win in different disciplines and even evolve throughout their careers.

“I hope that we’re going to see the same in cycling. We’re seeing the emergence of the kings of cyclo-cross who are now proving victorious on the road, riders who are also at a very high level in mountain biking, and that’s important because it attracts youngsters to the sport, whether that’s to cyclo-cross, to mountain biking or to the road.”

As well as looking ahead to potential clashes between van der Poel and van Aert at this summer’s Tour, Prudhomme is also hoping for the race to take place with the shadow of the coronavirus diminishing.

“The increasing availability and take-up of vaccinations is making the world a little more serene than it was a few weeks ago,” he said.

“But, of course, as race organisers we’ve had to adapt and work on a daily basis with the various state bodies, with the regional prefectures. We’re working with them now and will continue to do so if it’s necessary just as we did last year.”

He added that he hopes it will be possible for spectators to line the sides of the Tour’s roads this summer, but pointed out that the decision on this is out of his hands. As is the case with the final stage of Paris-Nice. The city’s mayor Christian Estrosi reportedly wants to move the final stage finish so local residents can use the Promenade des Anglais. That could force ASO to design a different stage finish.

“We can’t organise anything without the authorisation of the state, the minister of the interior. It’s always that way whether there’s a pandemic or not. That’s simply how things work. We will respect what they say, we’ll all work together,” he said, before going on to hail the efforts of all of the stakeholders within cycling that have enabled racing to continue.

“I think one of the strengths of cycling over the past year has been the fact that everyone has worked together, not only everyone in the sport, including the UCI, the riders, the teams and the organisers, but also the local councils and state bodies,” Prudhomme said.

“It’s been a true example of what a sporting discipline can do, the cycling world has done its very best. We hope things can change soon, both for sport and beyond it, but in the meantime we’ll keep adapting to the situation.”