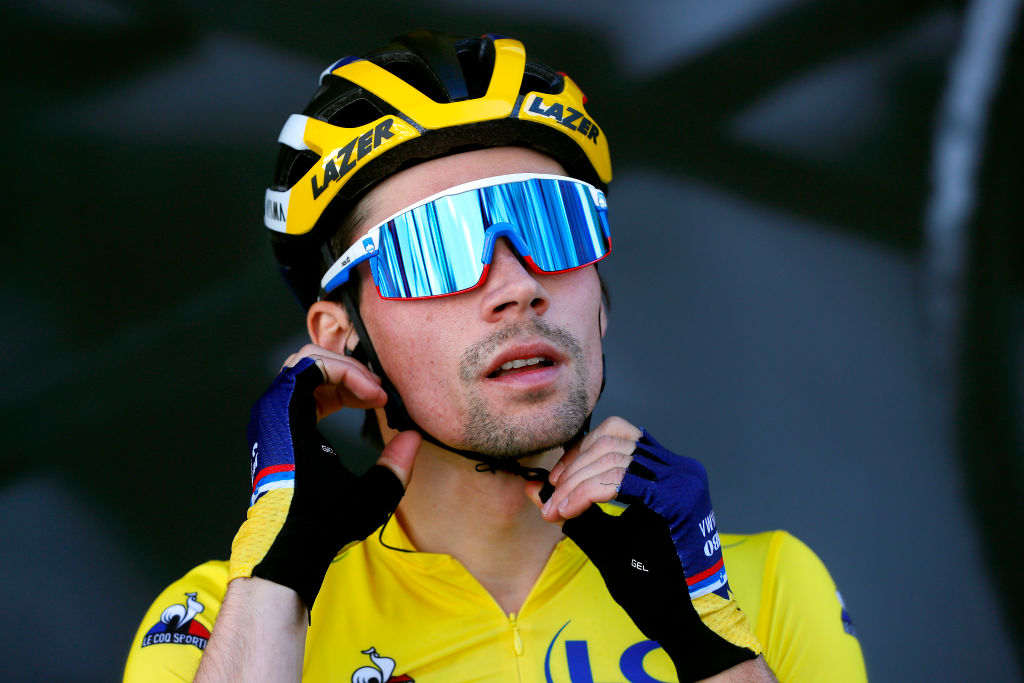 Primož Roglič (Jumbo-Visma) lost out on a Paris-Nice victory on the final day of the race after crashing twice on the shortened 92.7-kilometre stage from Le Plan-du-Var to Levens.

The Slovenian, who held a 52-second lead over Bora-Hansgrohe’s Max Schachmann heading into the day, first hit the deck on an early descent after passing through the finish line.

He was quickly back up and running, albeit with torn shorts and road rash on his left hip, but later on went down once again, unseen to the television cameras.

While racing in the valley, some 25 kilometres out from the finish, he was caught out in a split in the peloton, and it quickly emerged that he had crashed for a second time, suffering a tear in his shorts on the right side, too.

Roglič had several teammates with him at the time, but quickly burned through them in the chase back to the main group, which saw Astana-Premier Tech and Bora-Hansgrohe quickly take the front to take advantage of the yellow jersey’s misfortune.

The Jumbo-Visma rider quickly shed time, and by the 15 kilometre to go mark, Schachmann was in the virtual yellow jersey. At time of writing, Roglič continued to chase solo as Bora-Hansgrohe and Astana-Premier Tech led at the front of the race but had lost over three minutes to the stage leaders.