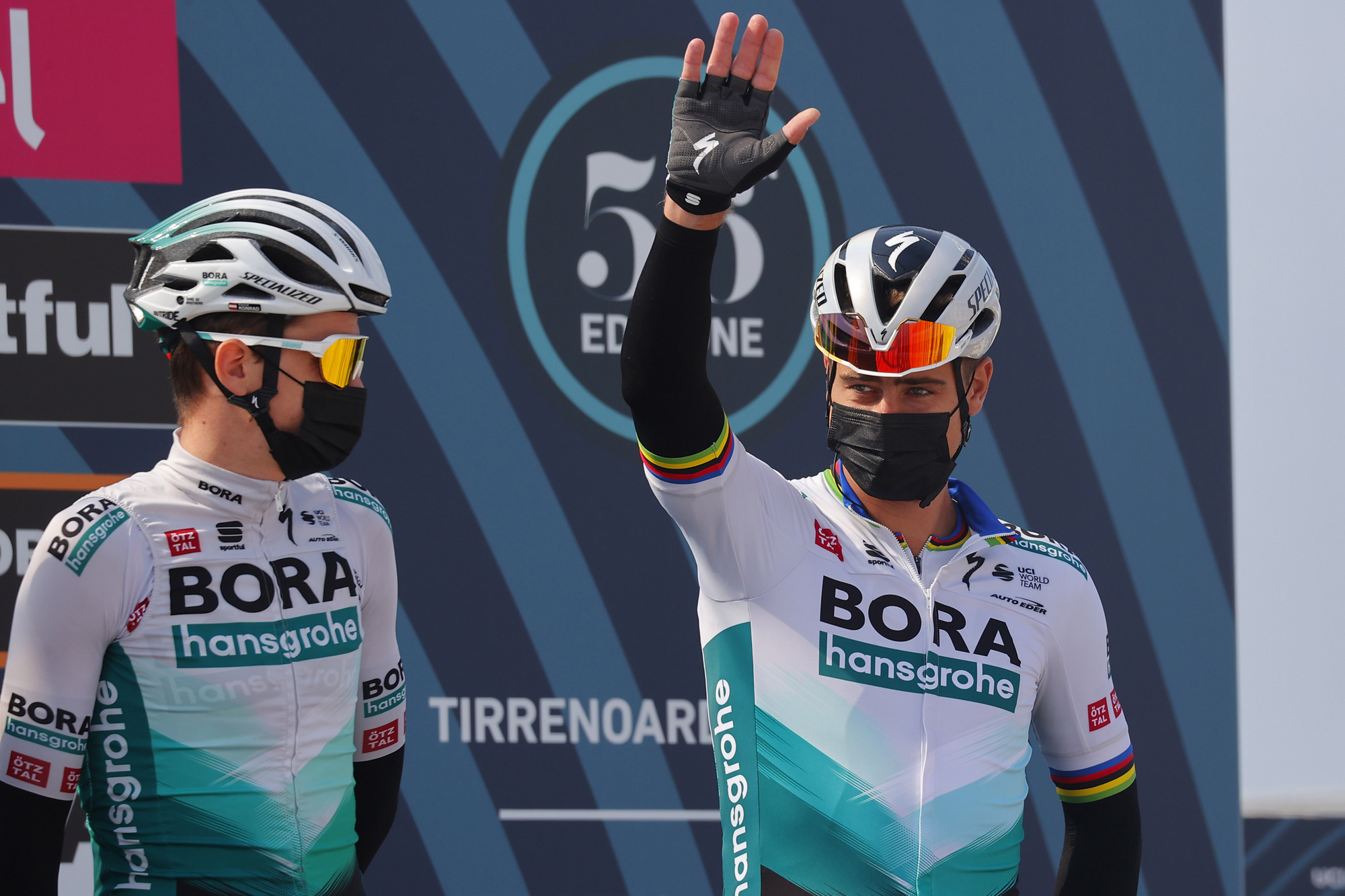 These days, the headlines seem to be all for Mathieu van der Poel and Wout van Aert, but Peter Sagan quietly got his 2021 season underway at Tirreno-Adriatico on Wednesday, placing 11th in the bunch sprint at Lido di Camaiore.

The winner, almost inevitably, was Van Aert, and Sagan didn’t need that visual prompt to remind him that he has much ground to recoup after the start of his season was delayed by his COVID-19 diagnosis last month.

The seven stages of Tirreno-Adriatico will be Sagan’s only competitive outing before Milan-San Remo, while Van Aert and van der Poel entered the road season off the back of a winter of cyclo-cross action. The Classics campaign will be important for Sagan’s future, too, given that his current contract with Bora-Hansgrohe expires at the end of this season.

“I lost almost all the base of my winter work. I have to ‘build’ my legs and find my rhythm,” Sagan told La Gazzetta dello Sport.

“It’s already important to be here and I’m not surprised that there is a lot of talk about Van Aert and Van der Poel, given what they’re doing. I count on improving, one stage at a time, one step at a time, without thinking about it too much.”

After the cancellation of January’s Vuelta a San Juan due to the coronavirus pandemic, Sagan had intended to start his season at Opening Weekend, but he was forced to revise those plans after being diagnosed with COVID-19 in early February during a training camp in Gran Canaria in the company of his brother Juraj and their Bora-Hansgrohe teammate Erik Baška.

They were obliged to quarantine, which prevented Sagan from training outdoors, and almost three weeks passed before he tested negative for COVID-19. It meant that the three-time world champion spent a total of more than six weeks on the island, only returning to his home in Monaco last Friday.

According to La Gazzetta, Sagan underwent precautionary heart and lung tests in Gran Canaria in early March before confirming his return to racing, though he decided – perhaps wisely, given the intensity of the race – to forgo Strade Bianche and begin his season at Tirreno-Adriatico.

Wednesday’s opening stage finished in a mass sprint on the seafront in Camaiore, with Van Aert – who is in Italy aiming for the general classification – emerging victorious ahead of Caleb Ewan.

“First stage of the Tirreno-Adriatico and, as expected, it came down to a fast bunch sprint. For me, it was also the first race of the 2021 season, so it was important to get back to race rhythm after a long break,” Sagan said in a statement released by Bora-Hansgrohe.

“The team, once again, did a very good job and I was kept safe in the long, final straight line to the finish. The last kilometre was quite hectic and, unfortunately, I wasn’t in an ideal position to contest the sprint.”

Sagan has another chance to test himself on Thursday, as the Tirreno-Adriatico gruppo races through the Tuscan hills towards a steadily climbing finish in Chiusdino.