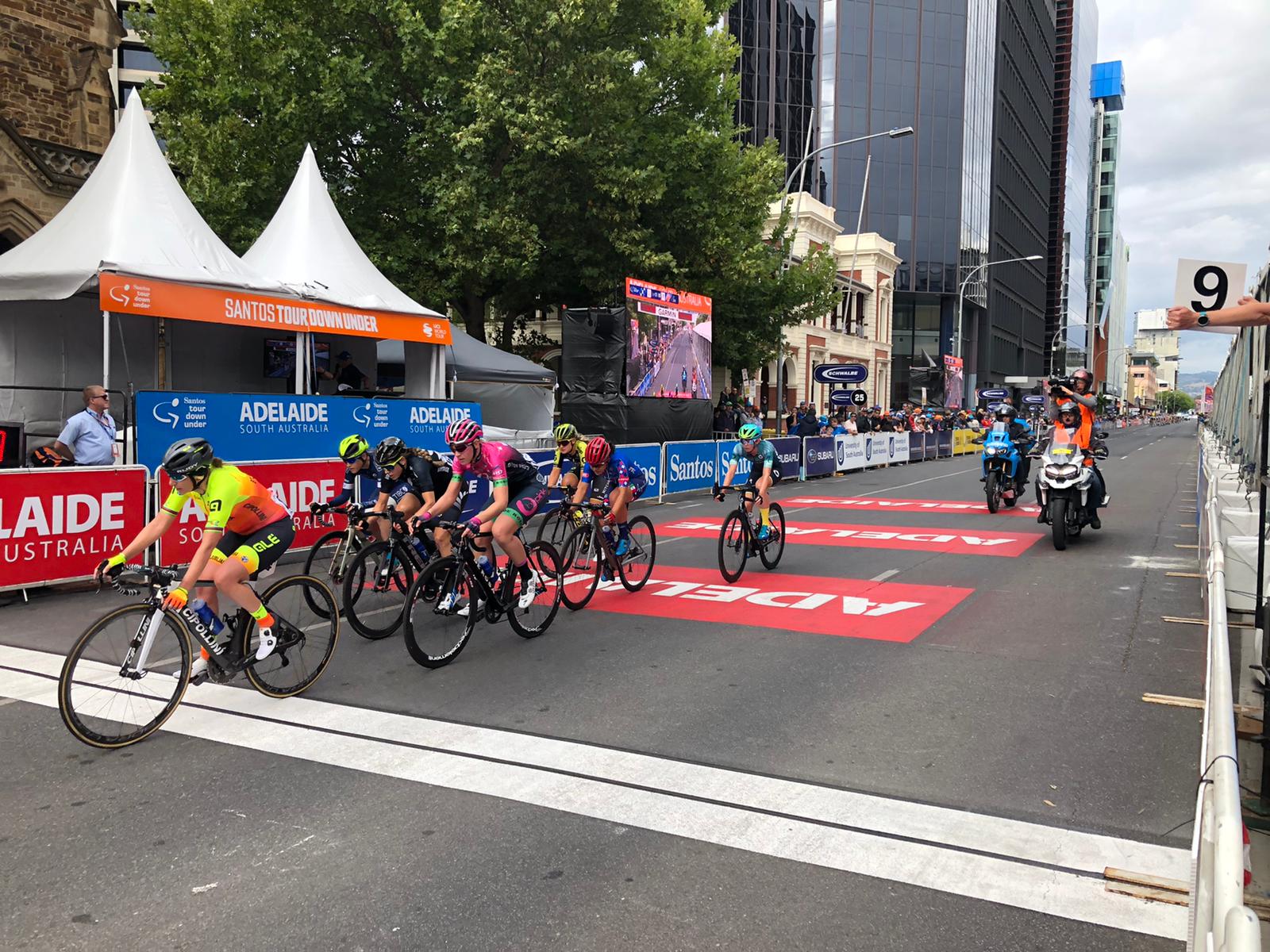 Peta Mullens (Roxsolt LIV Sram) unleashed a powerful sprint from the lead group to take out the opening stage of the four-day Santos Festival of Cycling event, which replaces the cancelled Santos Women’s Tour Down Under.

A split in the peloton, that left pre-race favourite Grace Brown (Team BikeExchange) chasing, meant it was down to a bunch of about a dozen sprinting for the win of the National Road Series race. Mullens, who has a long list of Australian titles on both the mountain bike and road, took a clear win with Ruby Roseman-Gannon’s (ARA Pro-Racing) second boding well for her overall chances.

“It was great,” said Mullens straight after taking the win. “We’ve been wanting to get back to racing for a really long time. I feel like this was the last time that we had a really big bike race. We just wanted to come here and animate the race. I just wanted the girls to feel part of the bike race, and winning was really just part of paying them back.”