Peiper: This is our strongest team ever but we’re not going to race the Tour like Ineos or Jumbo 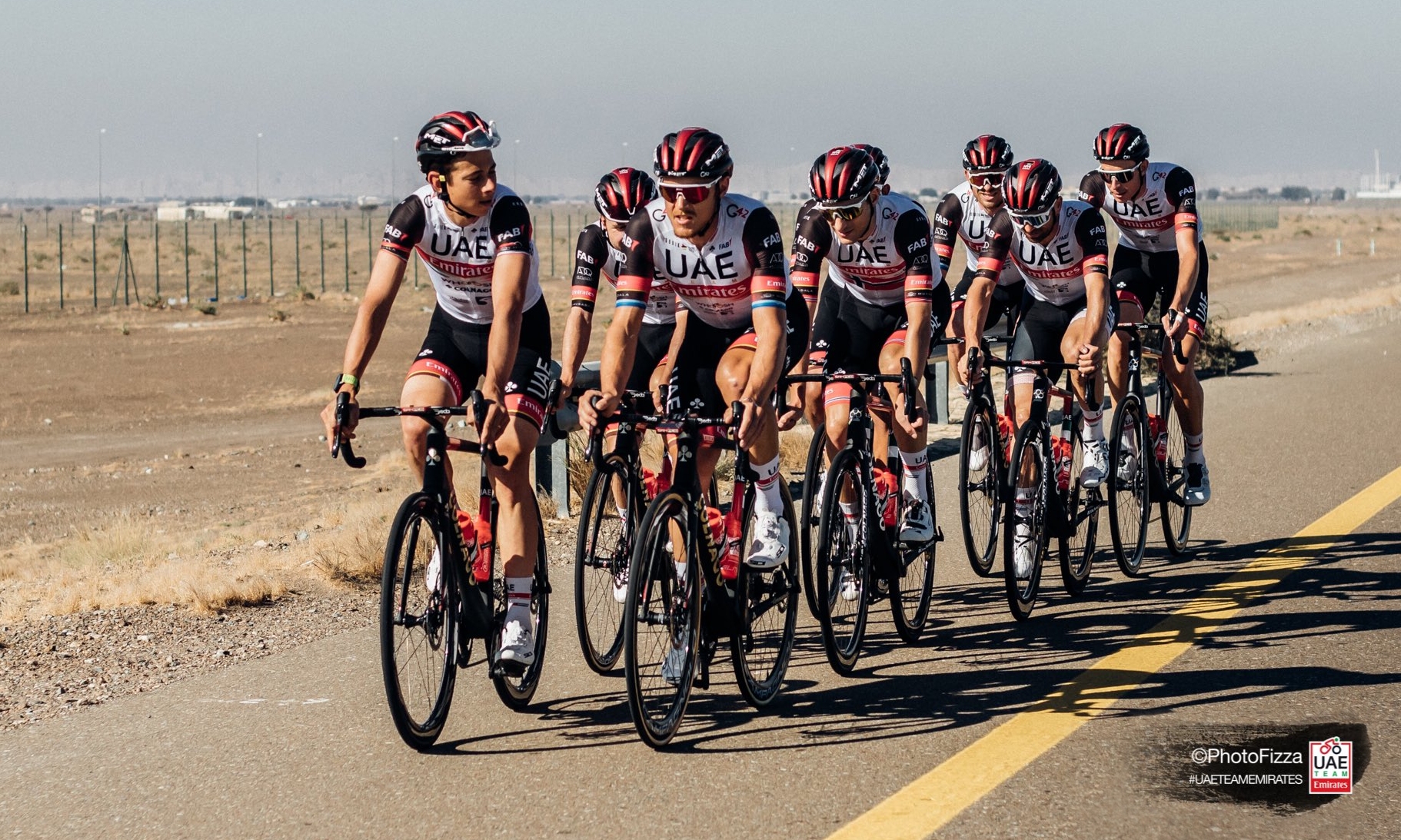 According to senior directeur sportif, Allan Peiper, the 2021 UAE Team Emirates line-up is the strongest team that he’s ever had the privilege to work with, but the Australian is adamant that his Tour de France squad will race their own tactics and not be drawn into a direct face-off with the likes of Jumbo-Visma and Ineos Grenadiers.

“This is the strongest team that I’ve worked with,” Peiper said during the recent UAE Team Emirates press conference.

“Across the board, it’s the strongest team that UAE has had. We’re lucky to have risen to the challenge at the Tour de France in 2021, and we’ve brought in Majka and Hirschi but also the young kids that we have already. We’ve got our work cut out for us but we’ve definitely got the firepower to bring a fully focused team for that yellow jersey from day one at the Tour. It’s a challenge but also a nice challenge to have.”

According to Peiper, the team had long-term plans to improve their roster, especially in Grand Tours.

With Fabio Aru leaving and freeing up salary space for new recruits, the team brought in the experience of Majka to help bolster their climbing contingent. Matteo Trentin is expected to dovetail nicely with Alexander Kristoff in the Spring Classics, while the late addition of Marc Hirschi gives the team both added star quality in the hillier one-day races and another all-rounder who can help Pogačar win a second Tour title.

“With Aru going out and Davide Formolo and David De la Cruz breaking bones, Marco Marcato being sick, our team was very much weakened at the Tour last year. This team is still a developing team and only in its fourth year at WorldTour so we’ve taken on some good riders over the winter with Hirschi and Majka,” explained Peiper.

“We’ve got some good kids coming up with Mikkel Bjerg and Brandon McNulty to add to that squad that we already had, so I feel confident that we’ve got enough ammunition to defend if we need to or ride if we need. I’m not going to say that we’re going to ride like Ineos or Jumbo Visma. I don’t see that being our tactic at any time in a race.”

Peiper admits that Pogačar will not be able to fly under the radar at the Tour de France as he did in 2020, and that the Slovenian starts the 2021 season with a target on his back.

The 22-year-old will begin his season at the UAE Tour in February and Peiper is confident that his star rider will not become fazed or distracted by his success and that Pogačar will not be one-hit-wonder.

“He proved that he can win the Tour de France. He was third in the Vuelta in 2019 and he’s shown on all terrains that he can hold his own. With the line-up that we’ve got backing him, I think that we can cover all bases and give him the opportunities to put him in the right places. Again, we don’t need to follow the other big teams, we’re wise enough and strong enough to have our own game plan in how we ride the Tour and where we take responsibility. If we need to take responsibility.

“The only thing, and we’ve seen that in the past, that gets in the way of big riders is pressure because of contracts, because of money, circumstances not going the way that they would like. Then it caves in or you start to see cracks in their armour. His unique character is different from any rider I’ve seen, both when I was a rider and a DS. Those grounding elements of his personality are going to be the big factors in keeping him on this trajectory.

“I’ve got to know Tadej and his qualities as a person in the last two years – his calmness and gratefulness to all around him, staff and riders, his balanced emotional [response], where he’s never negative or critical. Obviously, there’s always stress but keeping that to the minimum, and keeping the fun element, then he can keep riding like he is.”

The team spent several weeks in the United Arab Emirates preparing for the upcoming campaign. It was a chance for riders to mix after a short but intense 2020, and for the new recruits, like Hirschi and Trentin, to get up to speed with their new surroundings.

For Trentin, the aim is on some of the shorter one-day races in Belgium, while Kristoff still has the backing of the team when it comes to events like Milan-San Remo and the Tour of Flanders – both of which he has won in the past. In recent years the Norwegian has been close to another Monument win but just lacked that final punch or an extra teammate to help him over the line.

Fernando Gaviria was crucial in Kristoff’s 2019 Gent-Wevelgem triumph and Peiper thinks that Trentin could be the missing link to help secure Kristoff’s next major win on the road.

Having juggled the needs and demands of Greg Van Avermaet and Philippe Gilbert on the same BMC team, Peiper certainly has experience when it comes to managing riders with a similar target.

“I’ve discussed that at camp with Trentin and Alex. I think that we’ve found a really good dynamic already just in the discussions that we’ve had. Alex has been third in Ronde Van Vlanderen the last two years and what he really needed in those two races was a team that could close down the gap or hold things together. Maybe Trentin is the rider for those races,” Peiper suggested.

“Trentin has already identified the races that he likes, with Harelbeke, Waregem, and races of that caliber. They’re not actually Alex’s forte. They’re not quite long enough for him and he holds his power all the way up to 260-270km. With the two of them, we can find the right balance of leadership and hopefully Gaviria will be at the level he was two years ago when he helped Alex. We’ll have two or three strong cards for those flat Classics.”