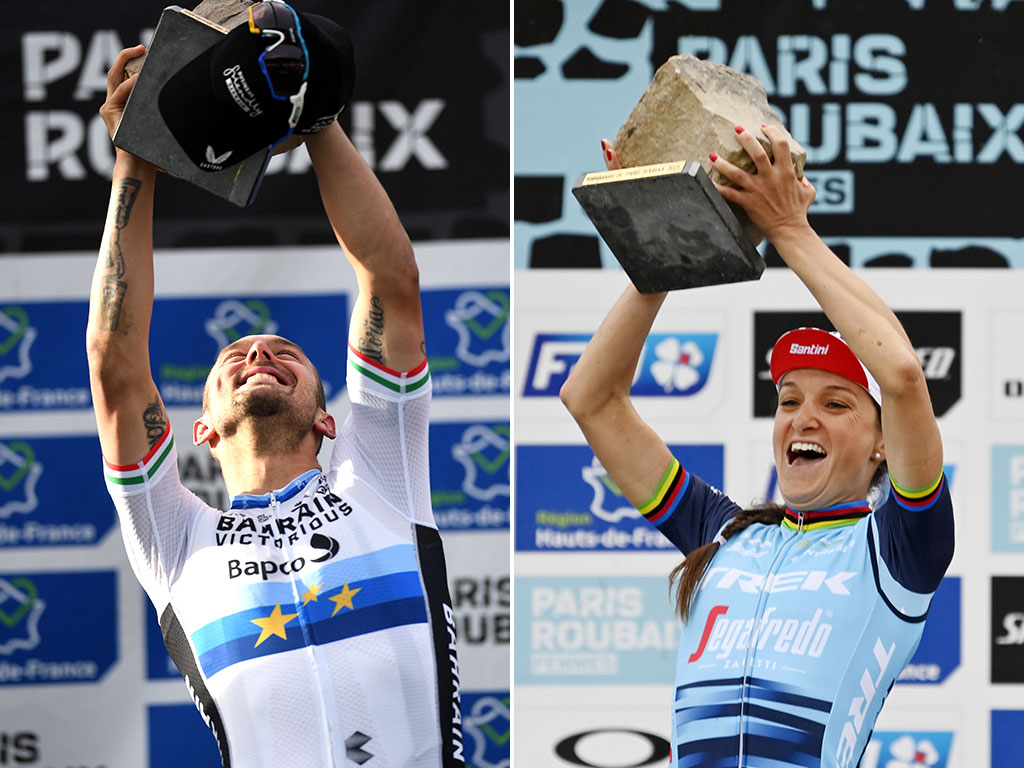 The rescheduled October edition of Paris-Roubaix delivered not one but two races where the often overused term ‘epic’ is the only adjective to adequately describe the debut women’s race and the 118th edition of the men’s.

Lizzie Deignan (Trek-Segafredo) made history as the first female winner of Paris-Roubaix, opting to go solo into the first of 18 cobblestone sectors. Slipping and sliding across the thick coating of mud that covered the cobbled sectors, Deignan never relinquished her lead and claimed the cobblestone trophy after 116km of racing.

Marianne Vos (Jumbo-Visma) put in a spirited chase to halve the Briton’s lead but ran out of road to chase her down and finished second at 1:15, while Deignan’s teammate Elisa Longo Borghini completed the podium in third.

Watch how the women’s race played out in the video above, and get a glimpse of the race from the inside with the on-bike camera clips below.

Overnight, heavy rain drenched the course, making deep puddles and the cold drizzle continued at the start of the men’s event. The crashes started in the first kilometres and continued throughout the race as a large early breakaway established itself in the opening hour.

Colbrelli was part of a group chasing the last of the early attackers when Gianni Moscon (Ineos Grenadiers) put in a solo move with 53km to go on sector 12 from Auchy-lez-Orchies to Bersée. The Italian built up what appeared to be an unassailable lead but first a puncture then a crash allowed the chasing trio to overtake him.

See how the men’s finale played out in the highlights above. See the winner’s emotional reaction to his achievement in the video below.

Which Castelli jacket is right for you?