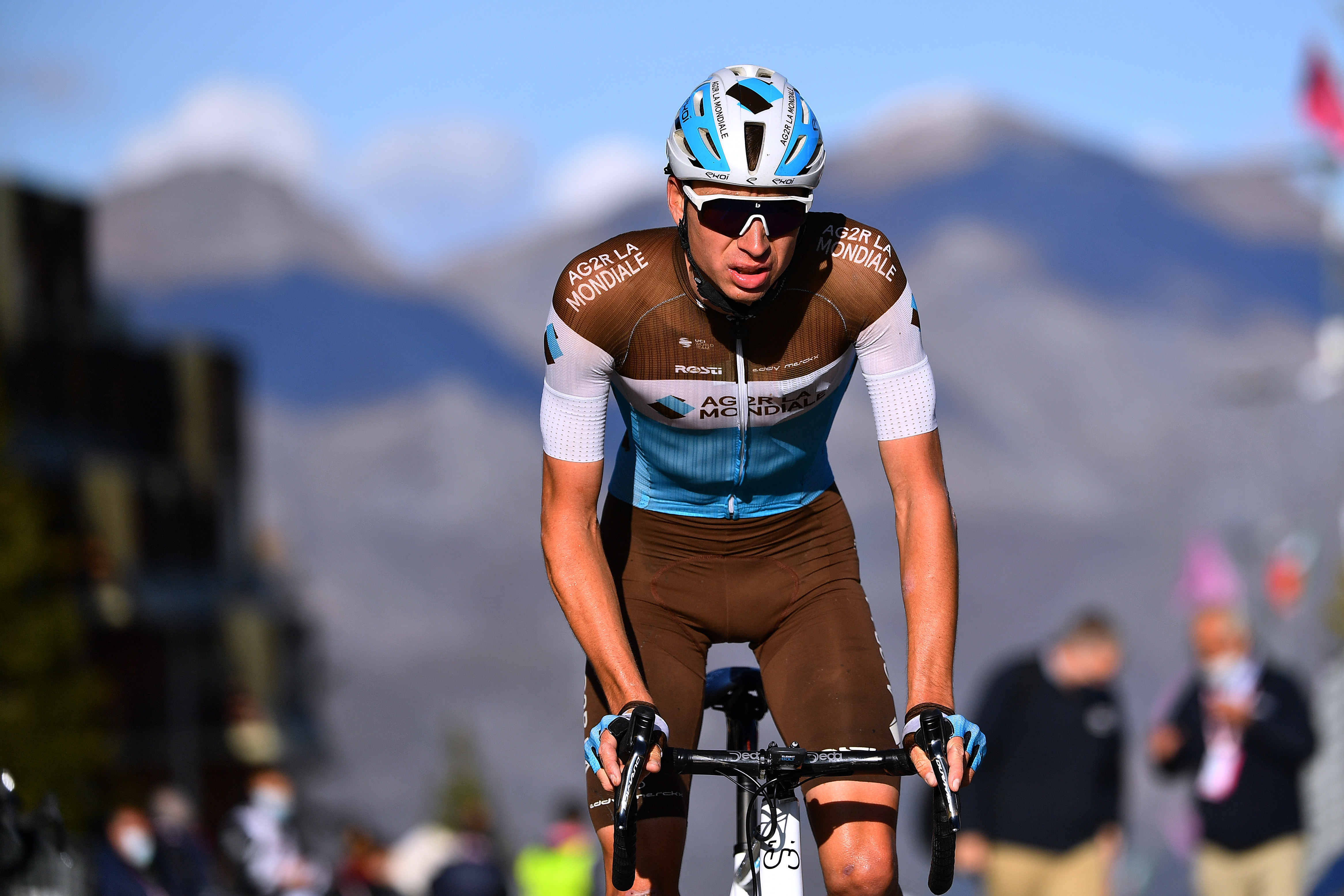 It was Paret-Peintre’s first victory as a professional and it was all the more remarkable given that he had spent time off the front of the race on the descent of the Route des Crêtes in the finale.

Then again, there was little respite for anyone in the breathless final kilometres after the stiff climb of the Route des Crêtes had whittled the peloton down to its bare bones. A reduced front group continually splintered and reformed in the last 20km, which brought the race over the Col de la Gineste.

Coquard’s B&B Hotels teammates and the UAE Team Emirates squad of Matteo Trentin tried to impose some order on affairs in the final hour, and their efforts eventually helped to ensure front group of 30 or so riders contested the sprint.

Trentin seemed on obvious contender, but the Italian faded to 7th after opening his sprint from distance. Coquard looked a likely winner when he hit the front within sight of the line, but the Frenchman was pipped at the last by Paret-Peintre and Boudat.

Although Paret-Peintre raised a hesitant arm in celebration after crossing the line, he had to endure a short wait while the commissaires reviewed the photo finish before they eventually awarded him the win.

Keep Your Training On Track With New Workout Alternates