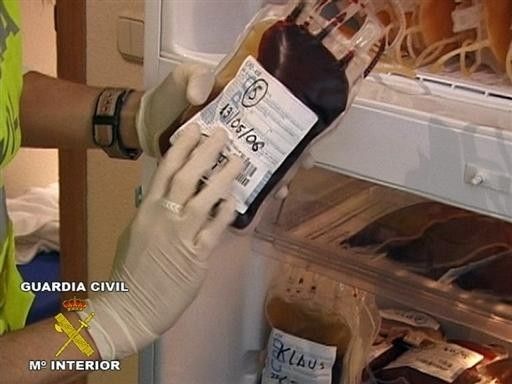 Two different major doping investigations more than a decade apart come to a close this month with two polar opposite outcomes. In the recent Operation Aderlass and the 2006 Operacion Puerto, life-saving transfusion technology was corrupted for sporting fraud by doping doctors but only one is facing serious punishment.

In Munich, Germany a public prosecutor’s office is demanding a prison sentence of five years and six months and a five-year professional ban for Mark Schmidt, the doctor behind a large scale blood doping operation in Austria and Germany, involving nordic skies and a number of professional cyclists.

In Madrid, Spain, Eufemiano Fuentes declined to appear at his appointed time to retrieve his belongings seized as part of Operacion Puerto in 2006 – including the machine that helped process and freeze athlete’s blood – in the final steps of closing out the case in which Fuentes was acquitted of charges in 2016.

Schmidt admitted to having helped athletes engage in blood doping since 2012, taking pages from Fuentes’ playbook. He claims to have wanted to help athletes and prevent them from harming themselves by offering his professional services.

He and his assistants helped athletes withdraw, store and re-infuse their own blood for performance enhancing purposes. One cross-country skier, Max Hauke, was caught mid-transfusion at the 2019 world championships.

Herman Ram, chairman of the Dutch Doping Authority, told NRC.nl that sporting authorities would have struggled to tackle a case this big.

“When doping networks are so large and organized across borders, sports associations are often unable to tackle them. Then it is up to the police and the judiciary, as the Germans and Austrians have shown in this matter. This case is unique in that respect,” Ram said.

In 2006, doping was not a crime in Spain – a fact that stymied prosecutors and anti-doping agencies in the Operacion Puerto case.

While some riders like Ivan Basso, Michele Scarponi, Tyler Hamilton, Jörg Jaksche, Thomas Dekker confessed to being clients of Fuentes and Jan Ullrich and Alejandro Valverde were linked to seized blood evidence by DNA fingerprinting, the case dragged on past the statute of limitations for 30 other suspected clients.

Unlike Operation Aderlass, in Operacion Puerto, the riders took all of the punishment while Fuentes went free.

According to El Pais, Fuentes declined to travel to Madrid to collect a ACP 215 Haemonetic machine used to process blood for transfusions and other belongings including mobile phones, suitcases with documents, appointment books, a water heater, a blood bag sealer, a toiletry bag with 100 syringes, a portable refrigerator, note cards and three key rings with ten keys and two garage controls.

The Operacion Puerto investigation spanned seven years, Fuentes’ trial took three months, but a 2013 sentence of one year in prison for crimes against public health – the only available charges available to prosecutors – was overturned on appeal in 2016. Although the evidence was turned over to WADA and the UCI, the agencies were barred from using it to bring new Anti-Doping Rule Violations.

The anecdotes from the Aderlass testimony were as ridiculous as Manolo Saiz being caught with a briefcase full of cash as part of Operacion Puerto. A nurse drove to the site of an important skiing event, rolling slowly on a quiet street while an athlete jumped from the bushes into the moving vehicle where they would receive their transfused blood; stored blood injected before athletes arrived to South Korea for the 2018 Winter Games then withdrawn again and reinjected just before competition to avoid having suspicious equipment checked at the airport, and finally Hauke – caught with the needle in his arm.

Now, Hauke has turned to help WADA to improve its investigations to root out more doping conspiracies, telling Expressen: “You cannot use doping without a doctor. We have to hunt the doctors.”

Schmidt is expected to be sentenced on January 15.