Standard press-in Zero Stack headsets use a bearing cup pressed into the frame, with a full bearing assembly stuffed into that. Enduro does away with the extra layers of metal, rolling the bearings directly on the cup. This allows for bigger ball bearings to be used, which makes the entire lower headset much tougher.

The concept is similar to bikes that place a bearing directly into a shaped pocket on the frame, a method used on higher-end carbon fiber frames as it reduces weight. With Maxhit, they’re simply placing an oversized bearing race directly in the frame rather than putting a barrier cup into the frame first, then the full sealed bearing into that.

Basically, they eliminate the aluminum bearing cups and transform the outer bearing race into the headtube interface. And, it’s 100% stainless steel, so it should be stronger and more durable. 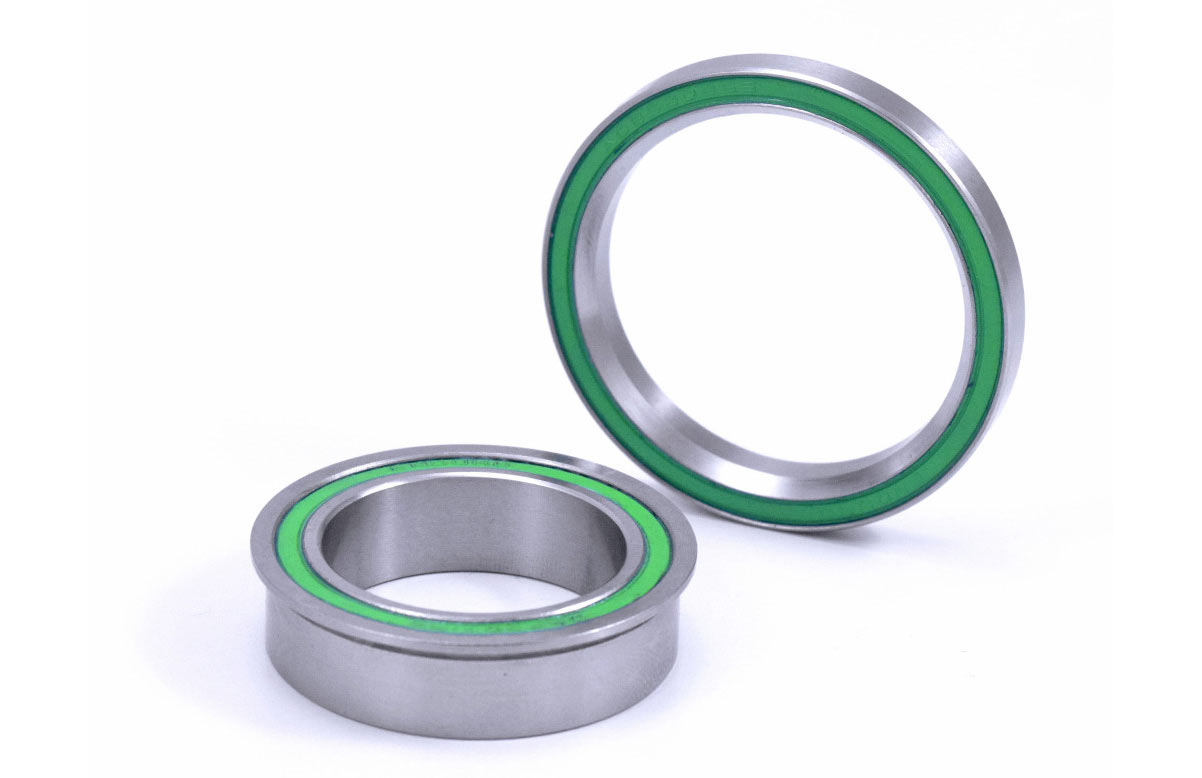 Enduro’s press-fit bottom bracket bearings use a similar design concept as Maxhit, they go straight into the frame without a secondary “cup” to hold them.

The design allows not only sets the balls wider, but they’re bigger, too. Enduro says they have 8x the mass as traditional headset ball bearings. Then, they’re nested deeper into the bearing race grooves, so they’re more stable, too. All of which adds up to a lower headset they say can handle twice the load forces of a traditional lower headset cup assembly.

Set up should be easier, too. They say you can torque down on your steerer cap a little more without having to find that perfect “not too tight, but not too loose” balance between friction-free steering and headset slop.

Maxhit components include a lifetime guarantee, including corrosion damage. They’ll start shipping in January 2022, priced at $119. Look for them to be spec’d on Pivot’s bikes soon, too. And, while they didn’t explicitly state that Maxhit designs will come to other parts of the bike, they are hinting at it.

Throwback Thursday: Thor Hushovd and making the most of opportunities

Throwback Thursday: Thor Hushovd and making the most of opportunities