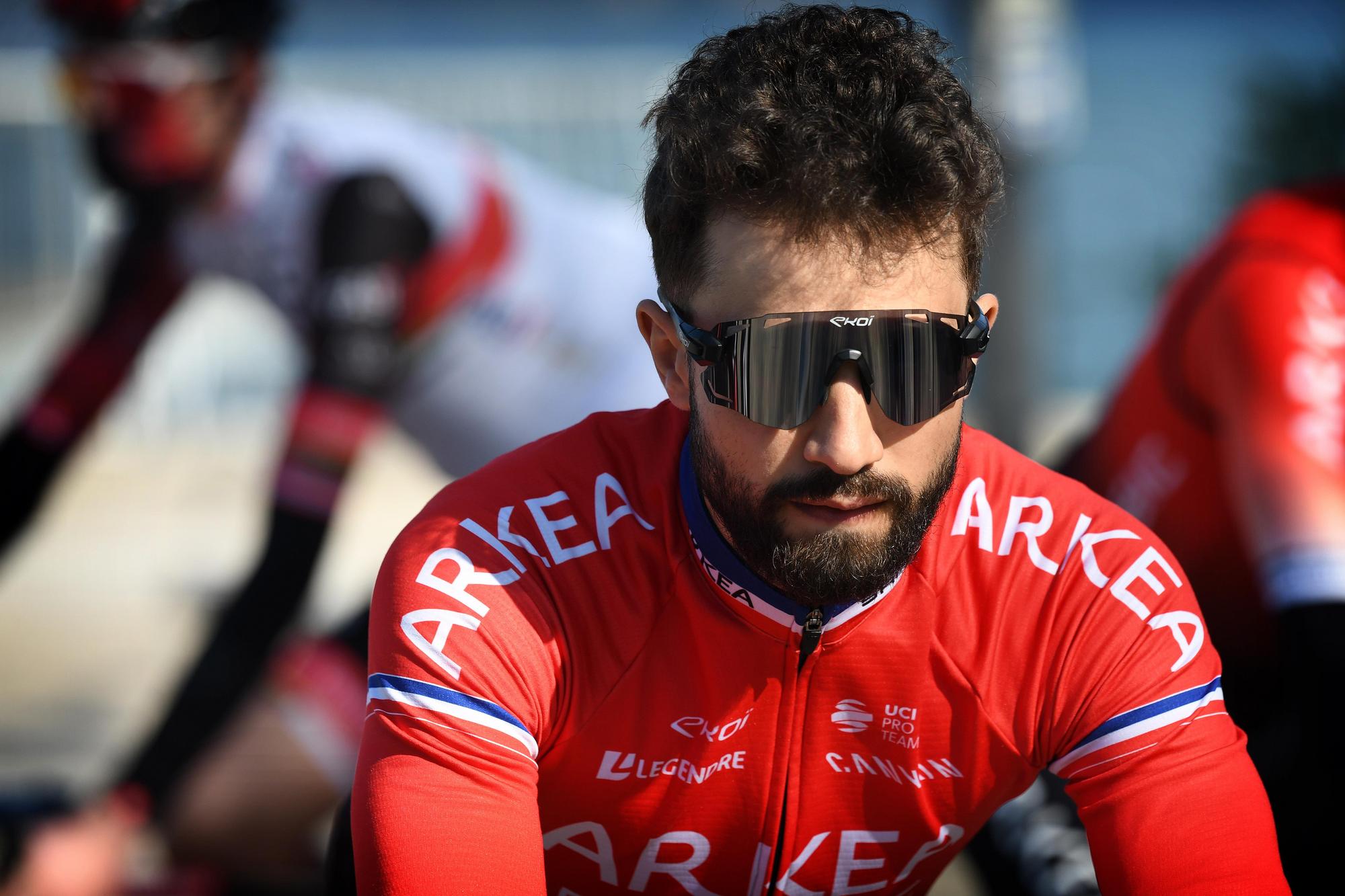 Nacer Bouhanni produced arguably his best sprint of the season to finish second behind Sam Bennett on Paris-Nice‘s fifth stage into Bollène, but admitted he was disappointed at not being able to reach his top speed because his rear mech wouldn’t shift from the 12 sprocket to the 11 as he made his final surge to the line.

“I was set up perfectly by my teammates Clément Russo and Dan McLay. But I had a small mechanical issue, a bit of a problem with the battery. I was in the 54×12 but couldn’t get into the 11 sprocket. I was giving everything I had just to stay in Sam Bennett’s wheel and just tried to do all I could to hang on to it,” Bouhanni explained at the finish line, where he was well beaten by his Deceuninck-QuickStep rival.

“It’s clear that the form is there, I’ve been finishing second and third since the start of the seasons. But when you’re a sprinter, you want to win,” said the Arkéa-Samsic rider, who now has two second places and two thirds to his credit this year. “It’s frustrating,” Bouhanni added.

On the plus side, the Frenchman looks to be in good shape as he targets Milan-San Remo, where he’s previously had three top 10 finishes.

“Yes, I’m looking forward to a week on Saturday, but we’ve got three stages to complete before then and they offer the chance to lift my form a little more so that I’m in the very best condition at Sanremo,” said Bouhanni, who is hoping to show enough competitiveness in the sprints during the first half of this season to persuade Arkéa team boss Emmanuel Hubert to select him for the Tour de France, where he’s not appeared since 2017.

Gaudu: Roglic told me he didn’t care about the stage

Pogacar goes down all guns blazing in Itzulia Basque Country

Primož Roglič on thrilling Tour of the Basque Country victory: ‘Today was just beautiful. I had fun the whole stage’