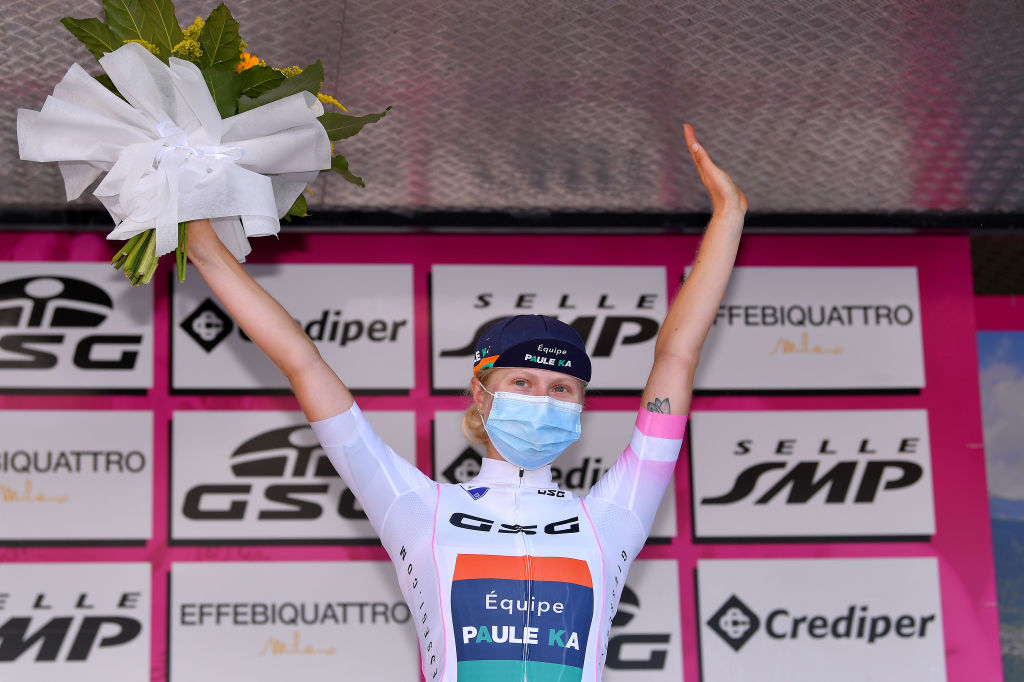 Canyon-SRAM have strengthened their 2021 roster by signing rising star Mikayla Harvey on a two-year deal.

Riding for Equipe Paule Ka, she was one of the riders left to search for contracts elsewhere when the team announced it would fold earlier this year after Paule Ka failed to make its sponsorship payments.

“There are many reasons why I was attracted to sign with Canyon-SRAM Racing. It is a well-developed team with a professional and open-minded approach to racing,” Harvey said.

“The team promotes positivity and an immense passion for cycling culture. I believe my style of riding will add to the team and it will be the perfect environment to continue my development.”

Branching out of New Zealand, Harvey raced for the American Illuminate team in 2017 and 2018, before hitting Europe in 2019 with Paule Ka – then known as Bigla.

She had a solid first season but 2020 was a breakthrough, with the Giro Rosa and Flèche Wallonne results joined by finishes just outside the top 10 at major races like Strade Bianche, GP Plouay, and La Course.

“I have big aspirations for the Italian, Spanish and Ardennes races where I believe I can add a lot to the team. I am a strong climber and can do a lot of damage on challenging courses,” Harvey said.

“My favourite race of the season is Strade Bianche. I love gravel races, so this will be a huge goal of mine for next season.”

For Canyon-SRAM, who also announced the extensions of four other riders on Wednesday, the signing brings their roster to 13 riders.

Harvey follows Elise Chabbey in joining from Paule Ka, while the other new arrivals are neo-pro Neve Bradbury and the major signing of former time trial world champion Chloe Dygert.

According to team manager Ronny Lauke, Harvey will help to strengthen an area in which the team haven’t always shone.

“Mikayla is one of the shooting stars of the season and has made big steps forward. Her results in mountainous races were exceptional, even better when put in context to her young age,” he said.

“With Mikayla joining, we strengthen our climbing group which was underrepresented on the team in previous years. I am convinced with the added talent and depth from our new riders we have found some very good additions that will make the team tactically more versatile.”

The three riders who have now renewed their contracts are Alena Amialiusik, Hannah Barnes and Hannah Ludwig.

Ludwig, 20, won the U23 European time trial title in her first season, while Hannah Barnes placed sixth at Liège-Bastogne-Liège in her fifth season on the team. Amialiusik, meanwhile, turns 32 in February and turned down offers from other teams to re-sign after placing sixth at the Tour of Flanders.

“I really like our team because of its professionalism and how the team treats its athletes,” Amialiusik said.

“I like the philosophy and idea behind the team. It has always supported me––winning, losing or the many times I’ve been injured––and I appreciate that. Lastly, I am constantly learning from the team and this gives me the drive to keep performing better.”

Clash of the cables: Fully housed or partially exposed?