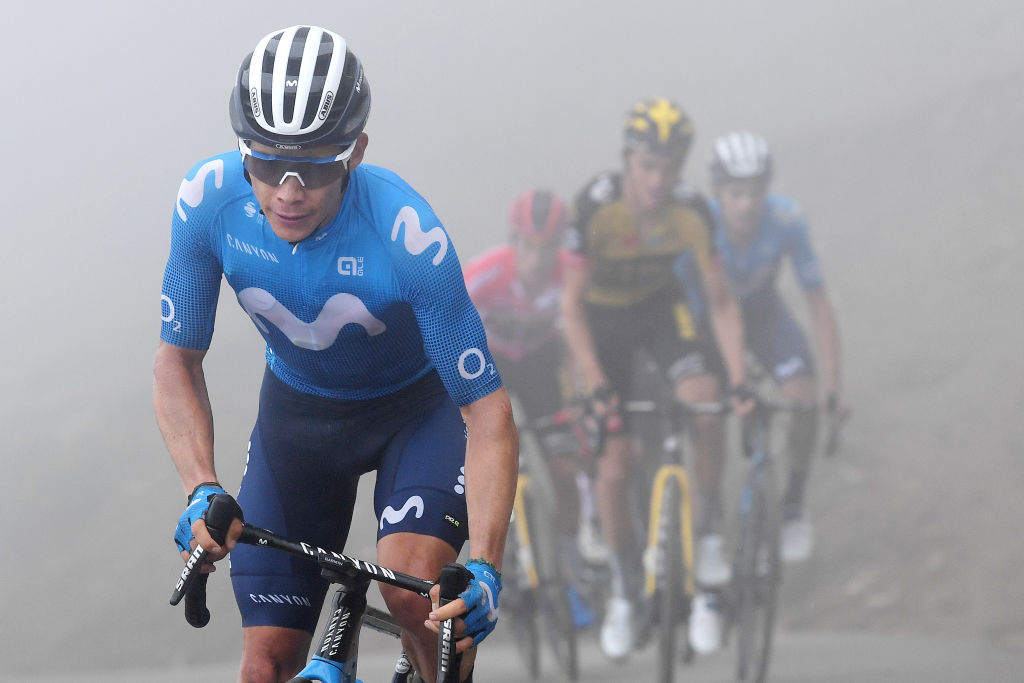 With his Movistar contract in tatters in the recycling bin, Miguel Ángel López is heading back to Astana, the team he left eight months ago.

Cyclingnews understands that the move is a done deal and paves the way for the Colombian to race in Astana colours before the end of the season.

Earlier on Saturday, the Movistar team issued a statement announcing that they and López will officially part ways on October 1, dissolving his contract “by mutual consent” in the wake of his controversial exit from the Vuelta a España.

López had joined the Spanish squad on a one-year deal and, after a successful start, extended it for two more seasons ahead of the Vuelta, but the two parties could not settle the differences that emerged on the road to Mos on the penultimate day of the Spanish Grand Tour.

After a fraught stand-off in the immediate aftermath of the event, which saw López skip the team’s traditional post-Vuelta ceremonial dinner, the two parties gathered for cooler-headed talks but did not come to see eye-to-eye on the matter.

A clean break has seemingly been engineered, with Movistar keen to see the back of López and happy he found a new home so quickly, eliminating the threat of any legal dispute and arbitration.

Cyclingnews understands that López’s speedy return to Astana came about due to his strong relationship with team boss Alexandre Vinokourov, who recently made a return of his own.

The former Olympic champion had seen himself sidelined, and even ousted completely for a while, as Premier Tech joined as co-owners and sought to internationalise and modernise the Kazakh team. However, he has now been re-handed the reigns by the team’s long-standing Kazakh backers, with Premier Tech already out the door.

Vinokourov was still technically in charge when López’s departure was agreed last winter but he had ceded some control over transfer policy and cited budget issues in publicly regretting the fact they could not keep the Colombian. Now back in the driving seat, Vinokourov’s first piece of business this window was to hand Kazakhstani champion Alexey Lutsenko – who only signed a single-year extension late last year – a new three-year contract, and now he has moved quickly to recapture López.

The rare mid-season transfer means López could be eligible to line up against Movistar before the season is out, with the Italian Classics, including Il Lombardia, taking place in early October.

Vinokourov signed López in 2015 after he’d won the Tour de l’Avenir, and the lightweight climber went on to finish on the podium of both the Giro d’Italia and Vuelta a España in 2018. Top 10s at both races followed the next year before he placed sixth on his Tour de France debut in 2020, winning the queen stage but slipping from the podium after a disastrous penultimate-day time trial.

His return would fill a hole in the team’s Grand Tour leadership, as Alexandr Vlasov will move to Bora-Hansgrohe in 2022 and Jakob Fuglsang looks set to follow Premier Tech to Team BikeExchange, as reported by Cyclingnews last week. Vincenzo Nibali has been linked with a return, but the Italian will turn 37 in November and has not won a race in the past two seasons.