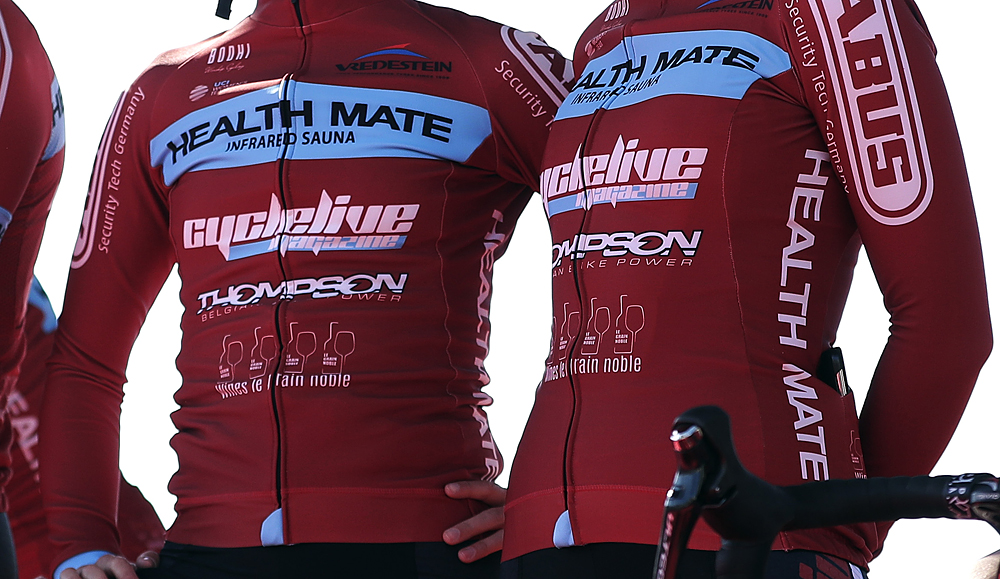 Marion Sicot has appealed to the Court of Arbitration for Sport (CAS) over the UCI’s lack of transparency in the two highly publicised harassment and abuse cases surrounding former Health Mate team manager Patrick Van Gansen and Doltcini-Van Eyck manager Marc Bracke. Sicot is asking, in the appeal filed on January 27, that the UCI better communicates its decisions to the victims involved in both cases, and in future, to make the victims party to the procedure after they have filed formal complaints with its Ethics Commission.

“The UCI basically communicates with the victims through press releases. This is unacceptable and we were thus forced to file an appeal in front of the CAS on this issue,” wrote Sicot’s lawyer Dr. Madalina Diaconu after being contacted by Cyclingnews.

The UCI Ethics Commission found Van Gansen guilty of violating the sport governing body’s Code of Ethics in the multi-complaint abuse case, and handed him a partially retroactive suspension of two years and seven months by the Disciplinary Commission on Monday.

In a separate case, it also determined that Bracke was guilty of violations to the Code of Ethics following formal complaints of harassment alleged by two female riders. Sicot and Sara Youmans separately filed formal complaints with the Ethics Commission after Bracke requested images of them in their “panties and bra” and “bikini.”

On September 24, the UCI sent its official report on the case to the Disciplinary Commission which will now make the decision on the recommended sanction for Bracke. Until that time, Bracke has been permitted to apply for a team licence to manage the Doltcini-Van Eyck team in 2021. Bracke has denied the allegations of harassment that are included in the formal complaint.

Cyclingnews understands that the Disciplinary Commission has not communicated what decision it will take regarding Bracke’s sanctioning, if any, with Sicot or Youmans.

Cyclingnews reached out to the UCI for comment regarding Sicot’s appeal to the CAS, however, it declined to provide a statement due to the on-going case.

Diaconu expressed her satisfaction as to the UCI’s recent press release concerning the case of Van Gansen, but hoped that the sport governing body would make changes to the Code of Ethics; Article 21, which states;

Any person may address a complaint or report an alleged breach of the Code to the Ethics Commission. The Secretariat shall acknowledge receipt of the complaint or denunciation, although the person submitting the file shall have no entitlement for proceedings to be opened, to be a party to proceedings or to be informed of any decision passed. The Ethics Commission will have free discretion to consult this person or any other person and request his participation in proceedings.

Only the persons who are alleged to have committed a violation of the provisions of the Code and against whom proceedings have been initiated shall be considered as parties before the Ethics Commission.

Cyclingnews understands that complainants are not party to the procedure because victims and witnesses in a case provide information that is then used against the alleged perpetrator. Once all of the evidence has been collected in the investigation, the case is then focussed solely on the alleged perpetrator. However, the victims, or the complainants, are then excluded from any further information regarding the case.

“In the press release [regarding the sanction for Patrick Van Gansen -ed.], the UCI pledged to draw conclusions from past and pending proceedings to review their rules and to better protect the cyclists. We hope such modifications will include Article 21 of the UCI Code of Ethics, which currently excludes victims from the proceedings, leaving them totally in the dark as to the fate of their complaints,” Diaconu told Cyclingnews.

“This unfair treatment was also applied to Sara Youmans and Marion Sicot, two former riders of the Doltcini Van Eyck Team, who courageously reported the sexual harassment inflicted upon them by their team manager. But instead of supporting the riders’ rights, the UCI has denied them all participation in the disciplinary proceedings concerning their aggressor. The UCI basically communicates with the victims through press releases. This is unacceptable and we were thus forced to file an appeal in front of the CAS on this issue.

“However, we really hope that the UCI will revise its standards and provide the victims with a genuine possibility to participate in the legal proceedings. It’s simply a matter of respect for basic rights.”

Diaconu argues that the Code of Ethics; Art. 21 violates Art. 6 of the European Convention on Human Rights and Art. 29 Swiss Constitution (access to justice), as well as other provisions of Swiss law, which grant the victim or complainant access to the proceedings against her or his aggressor.

Youmans alleged inappropriate conduct by the Bracke during her contract negotiations in 2019. She filed her formal complaint with the Ethics Commission last October. She alleged that during her negotiations to join the Doltcini-Van Eyck Sport women’s team, Bracke requested that she send him images of herself “in panties and bras,” and that he told her, “Don’t be shy … This is the start of a relationship of trust.”

Youmans told Cyclingnews that the exchange of messages between her and Bracke took place on October 1, 2019, and that she filed a complaint with the Ethics Commission that same month, citing the UCI Code of Ethics: Appendix 1 that covers protection of physical and mental integrity – sexual harassment and abuse. Bracke denied Youmans’ allegations and said that he requested images of riders’ legs for professional reasons only.

Sicot filed a formal complaint against Bracke with the Ethics Commission on March 18 in 2020, alleging six rule violations concerning sexual harassment, discrimination, violating contract rules and fraud. In its official statement, the UCI did not indicate specifically which of its Code of Ethics Bracke had violated but only that violations had occurred regarding the complaints of harassment alleged by two female riders. Bracke has denied the allegations of harassment that are included in the formal complaint.

Sicot was handed a two-year suspension by the Agence Française de Lutte contre le Dopage (AFLD), a decision made by its Sanctions Commission on December 16, 2020. She faced a four-year ban, however she requested a reduced suspension from the French anti-doping authorities, alleging that her decision to purchase and use EPO happened after she experienced months of psychological abuse by Bracke.