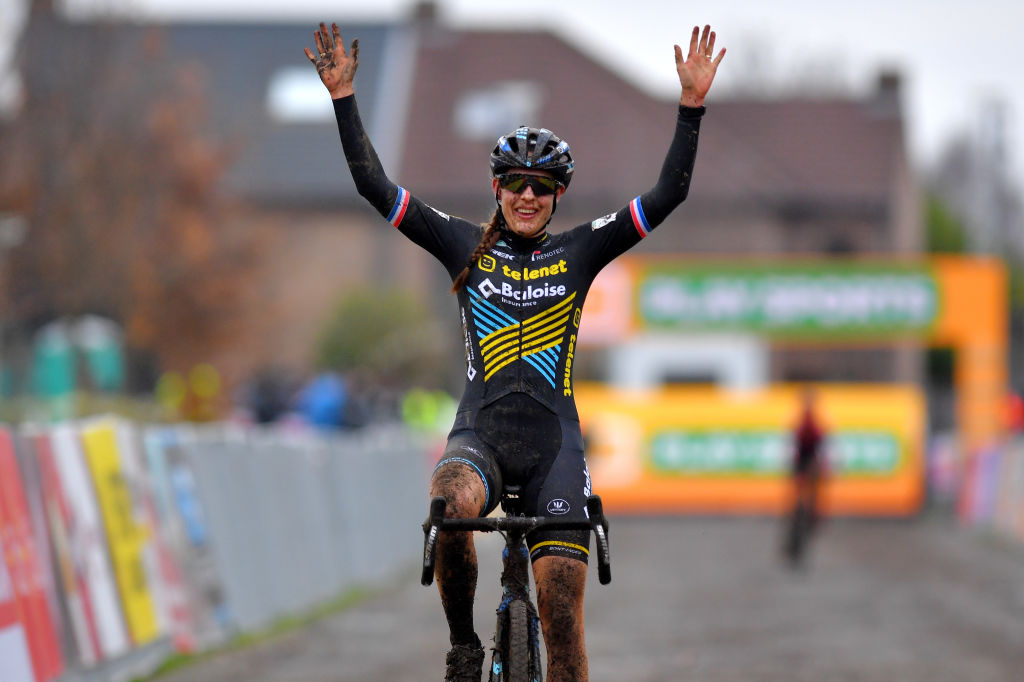 Lucinda Brand (Telenet Baloise Lions) came out on top to win the elite women’s race in round three of the UCI Cyclo-cross World Cup in Dendermonde on Sunday. Brand finished clear of her main rivals having pulled away on the penultimate lap with Clara Honsinger (Cannondale Cyclocrossworld) finishing second and Ceylin del Carmen Alvarado (Alpecin-Fenix) completing the podium to finish third.

In truth, the race was far from a procession for Brand, who was forced onto the back-foot by Alvarado mid-way through the race. In appalling conditions, the world champion came back from a dreadful start to lead the race but she was eventually out-classed by Brand. Honsinger rode to back-to-back World Cup podiums after coming through the field before eventually overtaking Alvarado on the final lap. Brand’s margin of victory over Honsinger was 15 seconds, with Alvarado at 24 seconds.

Fem Van Empel finished in fourth, with Annemarie Worst (777), and Sanne Cant (Iko-Crelan) completing the top-six. The win extended Brand’s (120 points) lead in the overall standings to 43 points ahead of Alvarado (77 points).

Denise Betsema (Pauwels Sauzen-Bingoal) lead the race in the early stages with Brand glued to her wheel but the race began in atrocious conditions due to a storm that forced the organisers to make several key changes to the course. The main bridge was removed, but despite the conditions, the race went ahead.