State Bicycle Co likes to do things the way they want to, like produce a new, throw-back steel road bike with 8 speeds and downtube shifters. Like their 4130 Road. So, it’s no surprise that they worked with Houston’s own HAM Cycles to produce a new Limited Edition 4130 Road-HAM Edition to help you “keep it CASUAL”. And a limited edition means only 50 of the HAM edition bikes will be produced. There will even be an option that comes with a nice set of alt-bars.

But wait, why HAM Cycles? HAM Cycles is located in a neighborhood in Houston, Texas called Montrose… also called Neartown. Montrose is a major cultural area of Houston, notable for its young population, culture, art scene, food scene, and nightlife. It is an older community, established in 1911, and is demographically diverse. It is said to be the “Heart of Houston” and the “strangest neighborhood East of the Pecos” 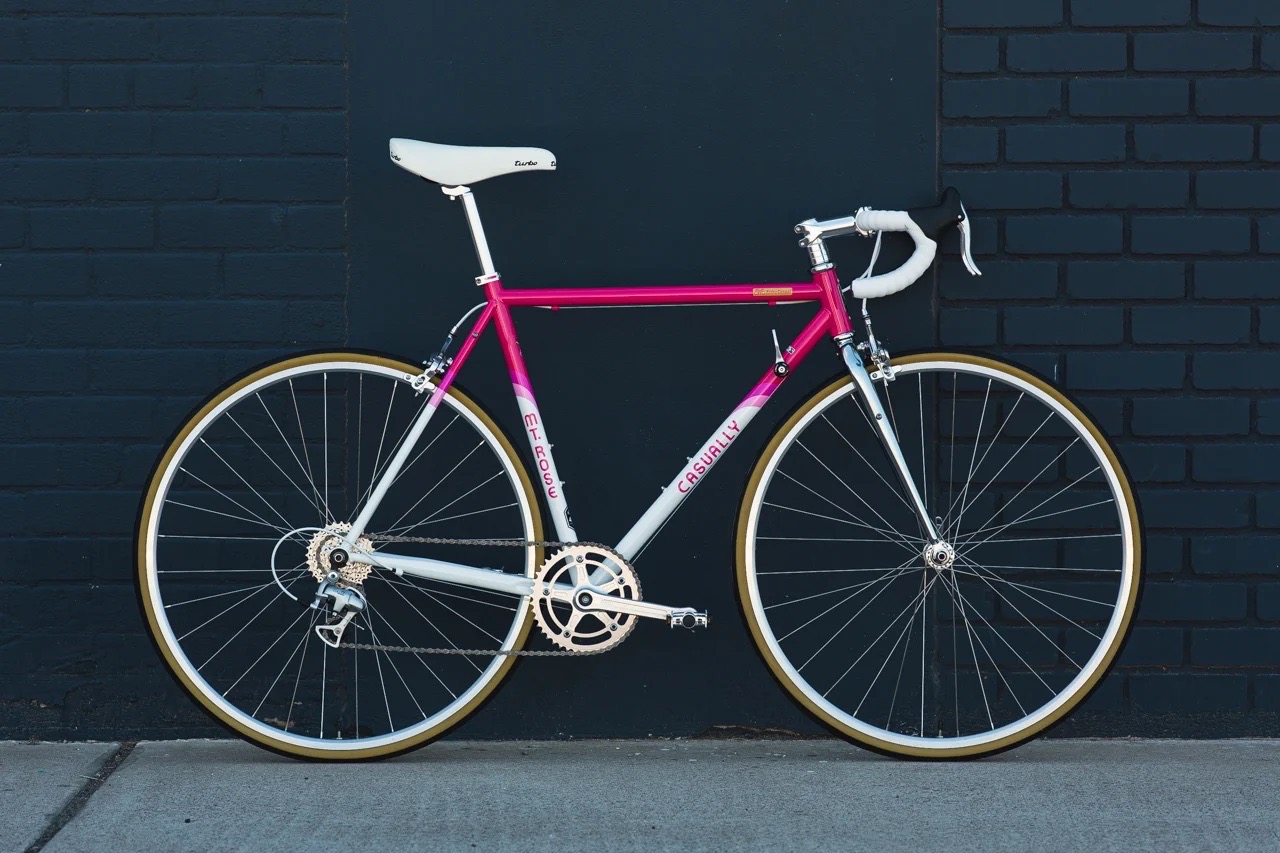 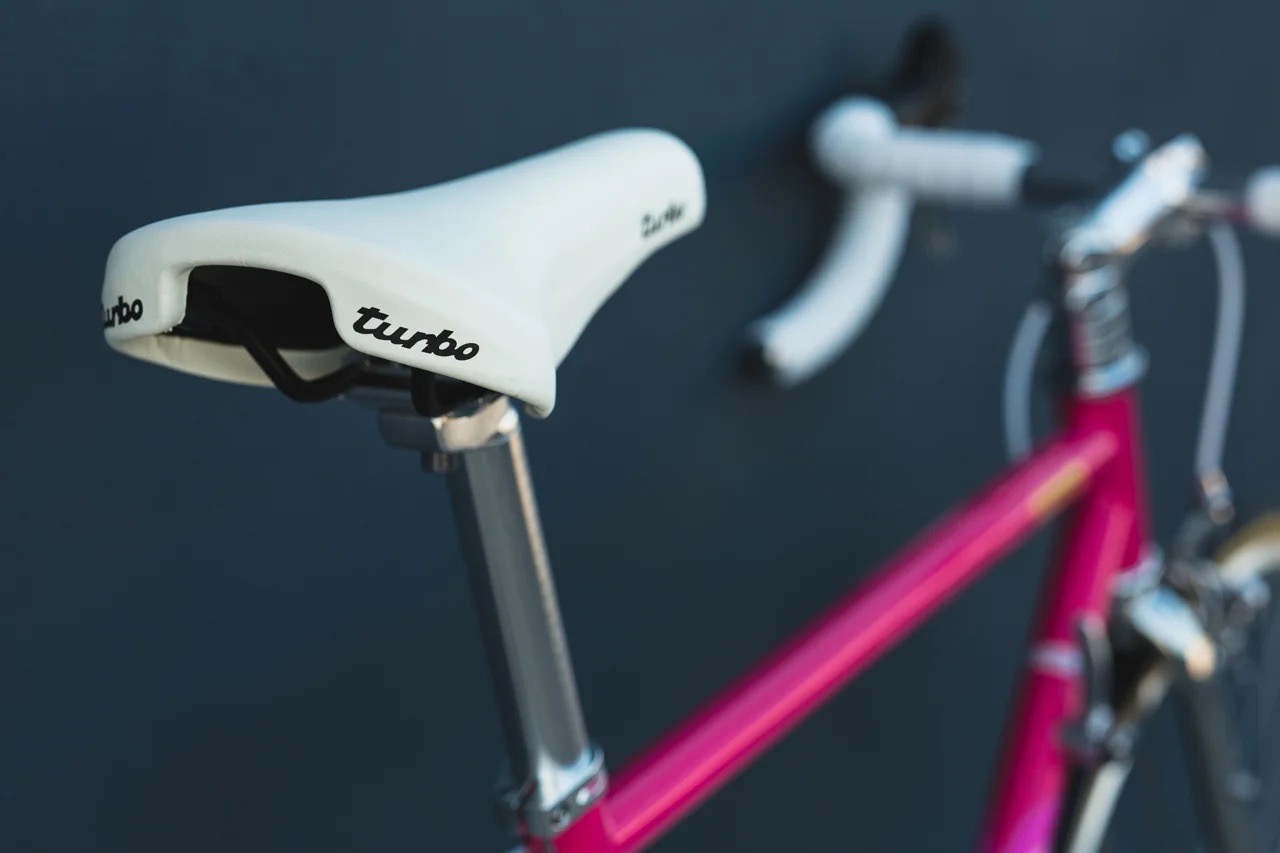 The Limited run of the 4130 Road-HAM Edition will feature the Selle Italia Vintage 1980 Turbo Saddle (shown above). 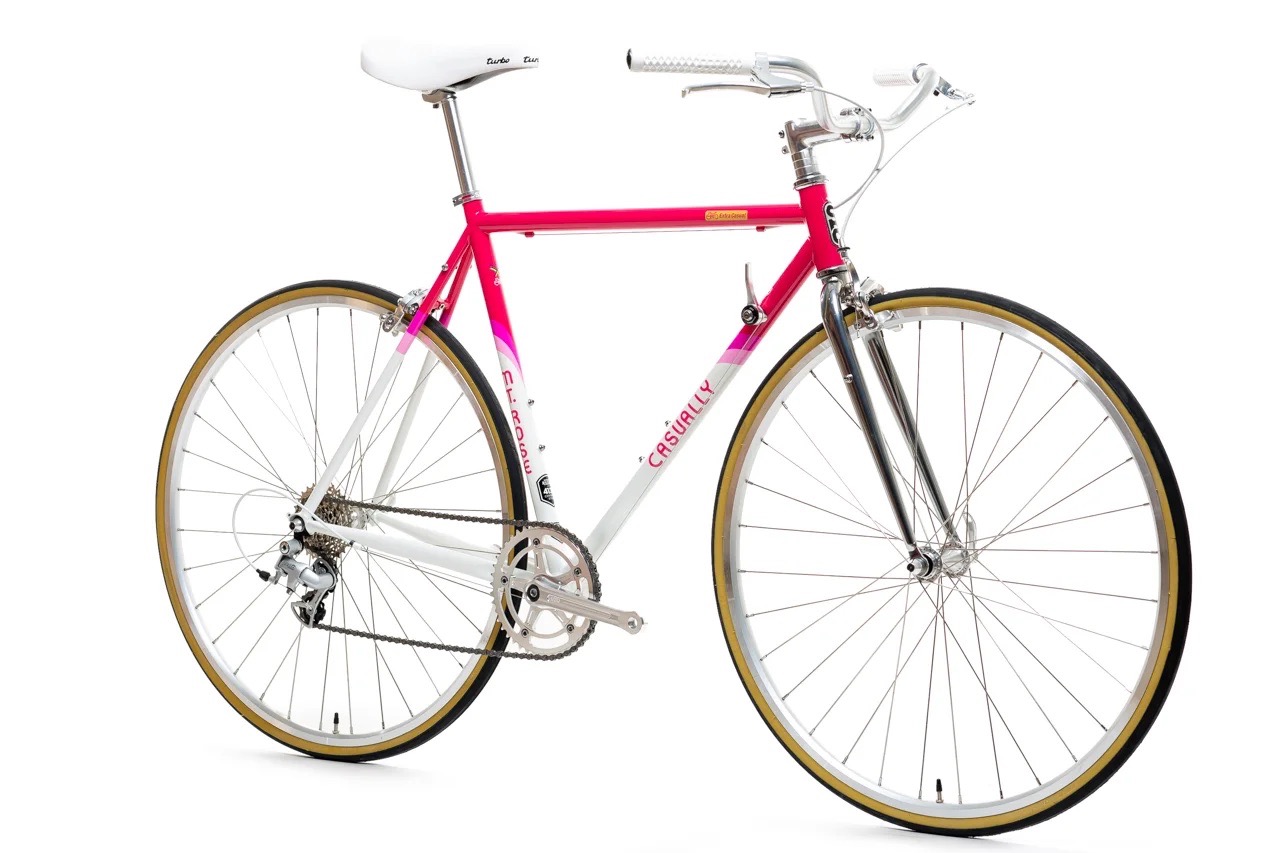 The run will also give the riders the option to choose drop bars or the “townie bars” (shown above). HAM Cycles will have models of this beautiful 4130 Road edition on display and State Bicycles encourages anyone in the Houston area to stop by to see it in person. 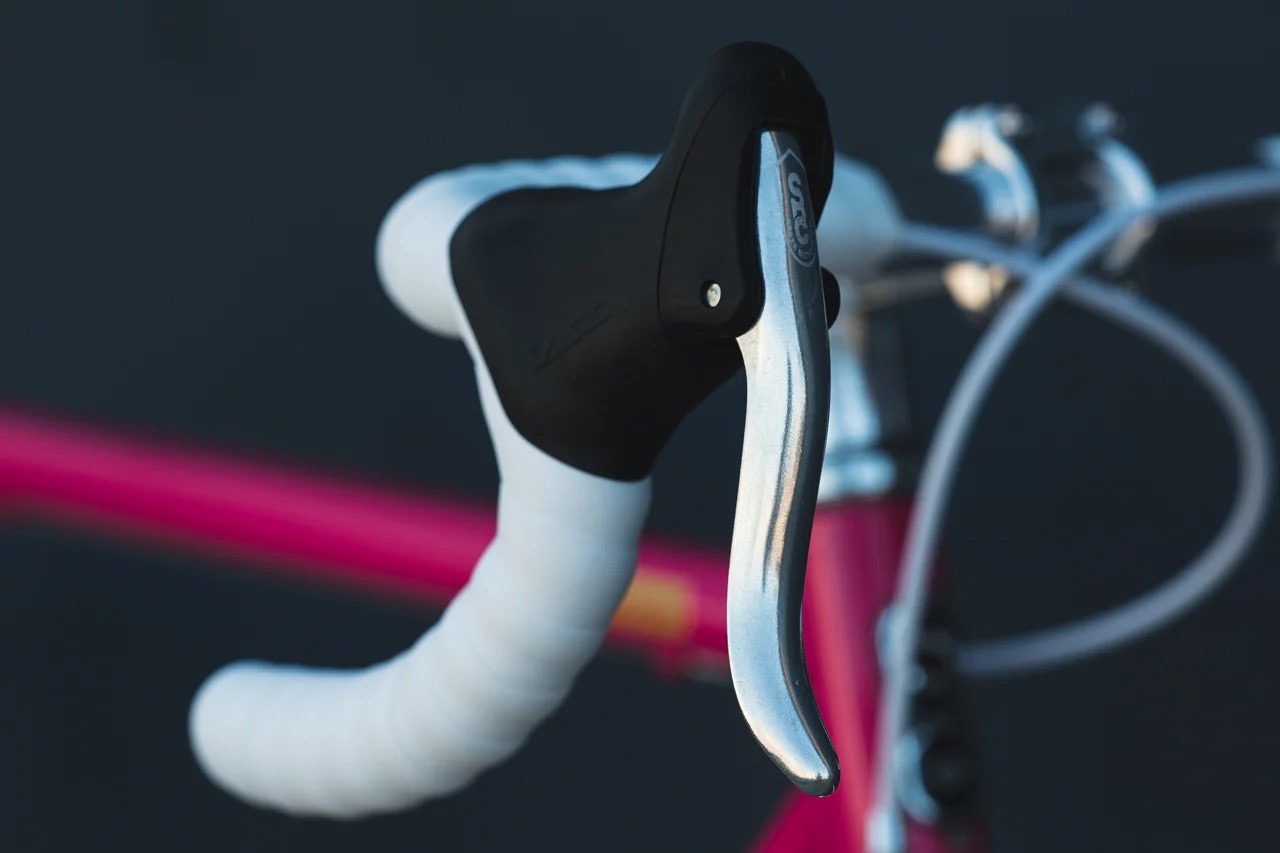 The 4130 Road Series is what State Bikes says is perfect for the rider who loves the clean, timeless aesthetic that is offered by State Bicycles but needs the gears to help with a hilly commute.

The State Bicycles 4130 Road is built with the same double-butted, you guessed it, 4130 Chromoly frames that the company was founded on. While this bike obviously pays homage to the classic road bikes of yesterday, it still has some modern qualities. 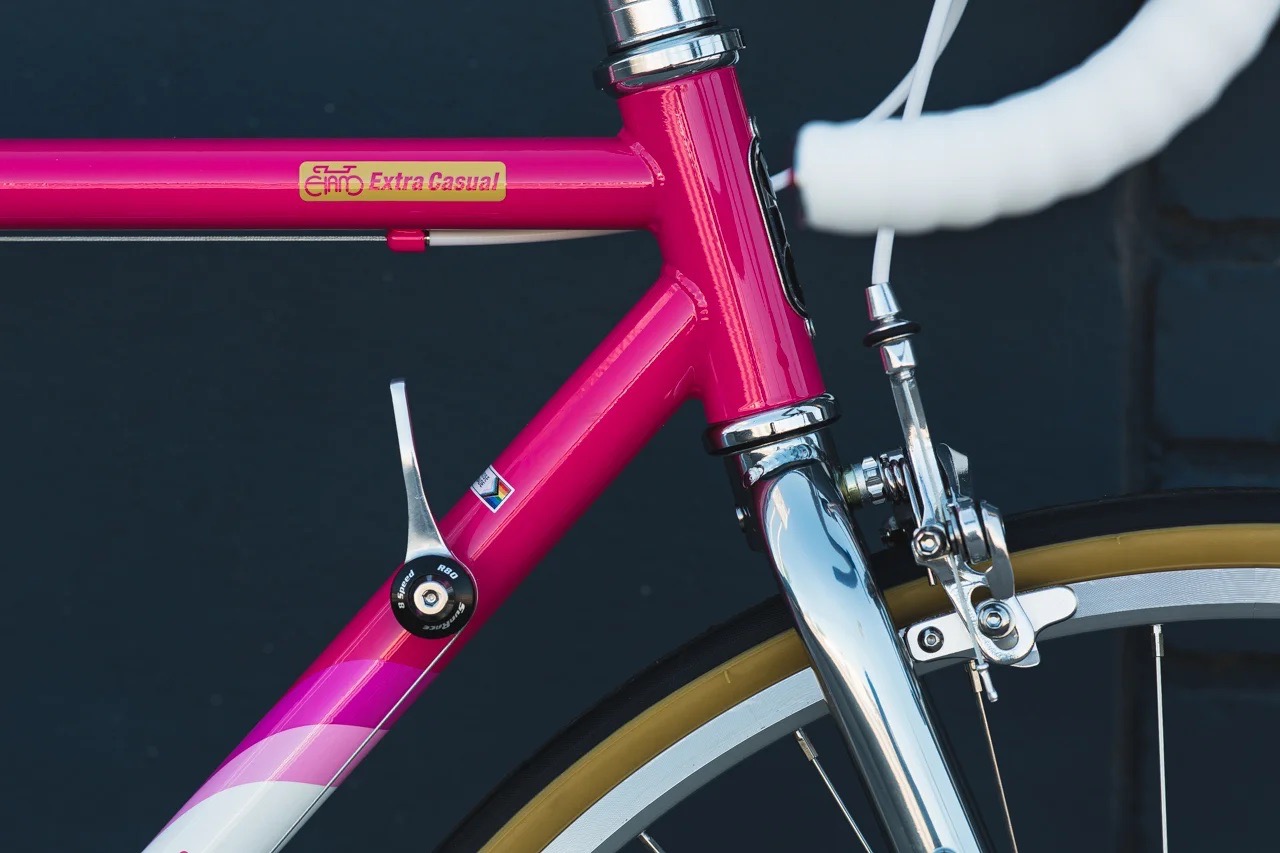 Distinct to the 4130 Road is a “highly -responsive classic 8-speed down tube shifting”. 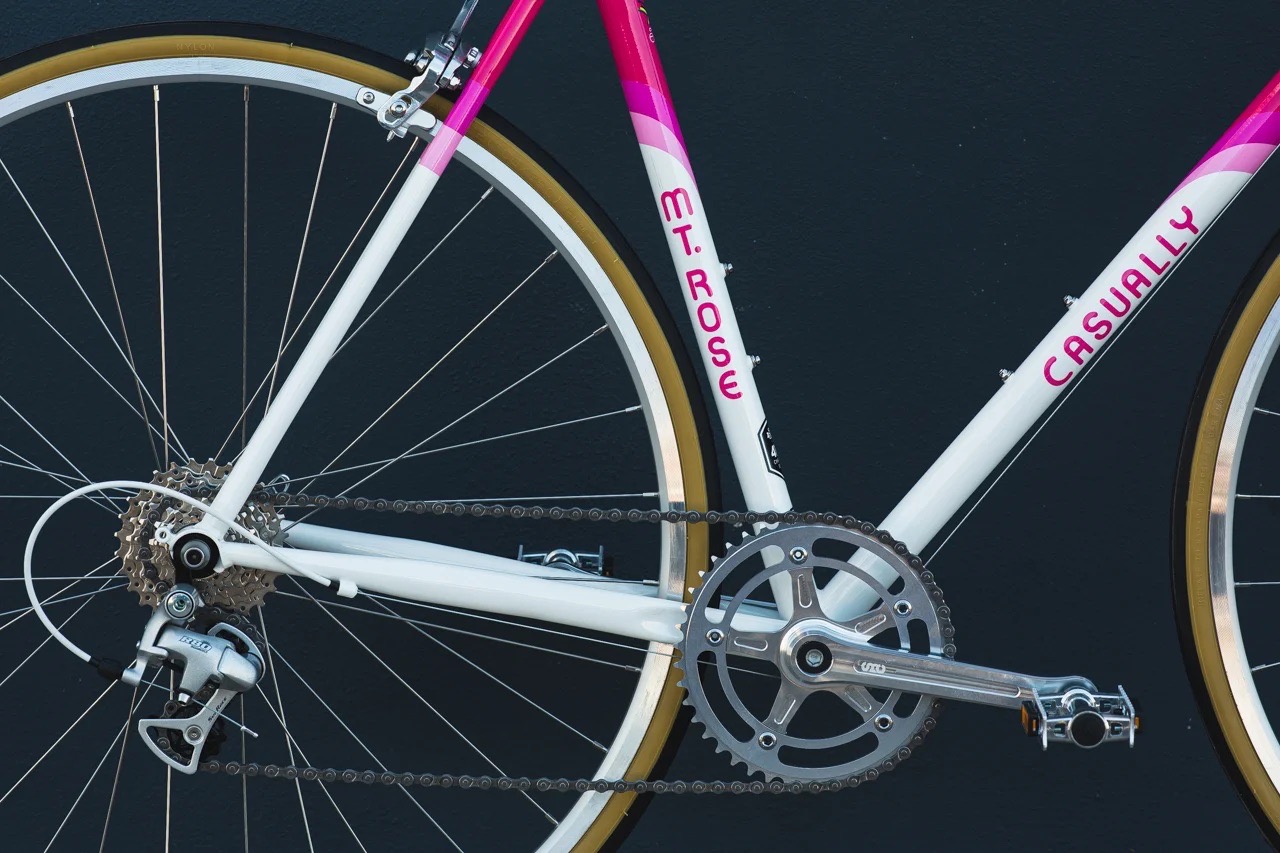 The bike also runs a “fully CNC machined crank with a 44t chainring and an 11-28 rear cassette”. This gearing would offer a little relief while climbing. 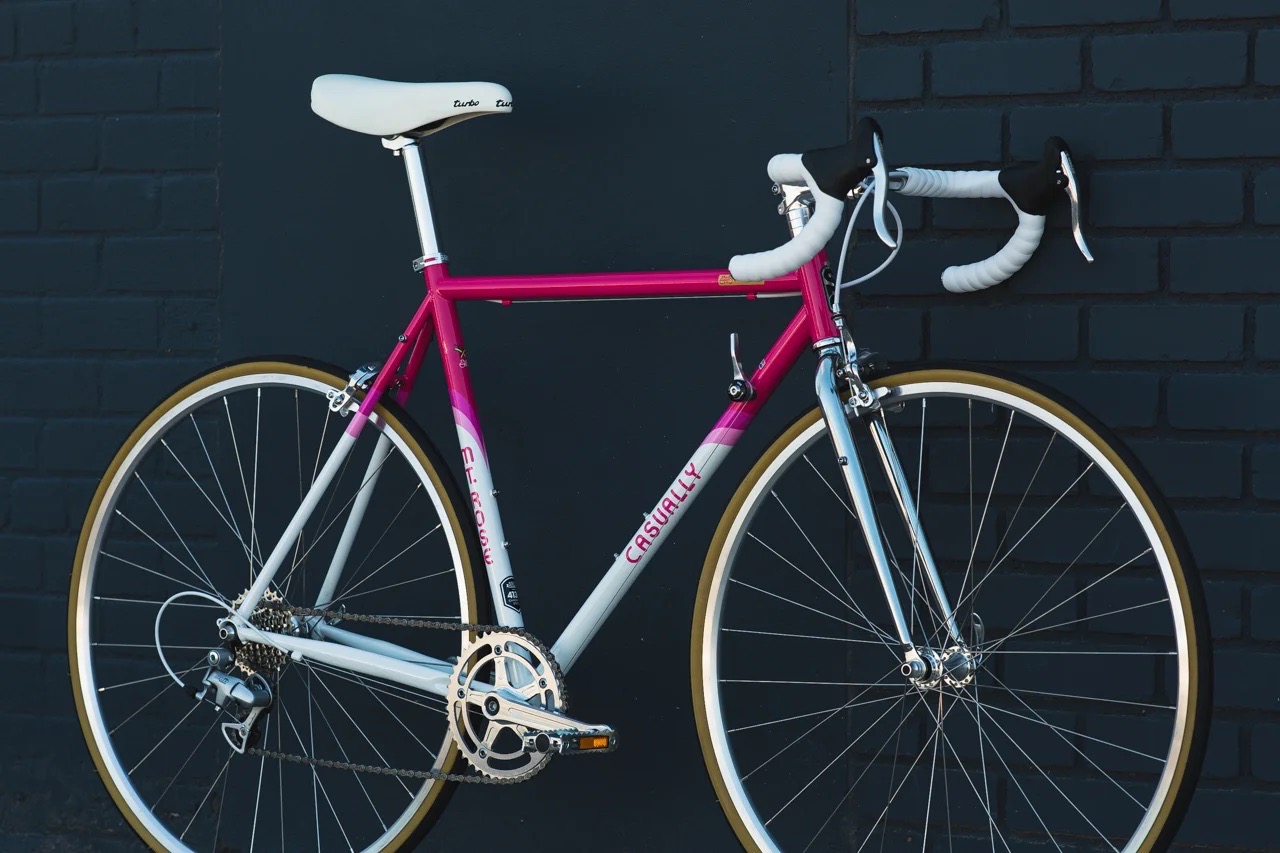 The 4130 Road comes with other modern features draped in classic design. It boasts a 1 1/8″ threadless headset and “lightweight” wide rims that can accommodate a tire width of 32mm. The bike can also be used with both a front and rear rack, so it would be a great commuter bike. 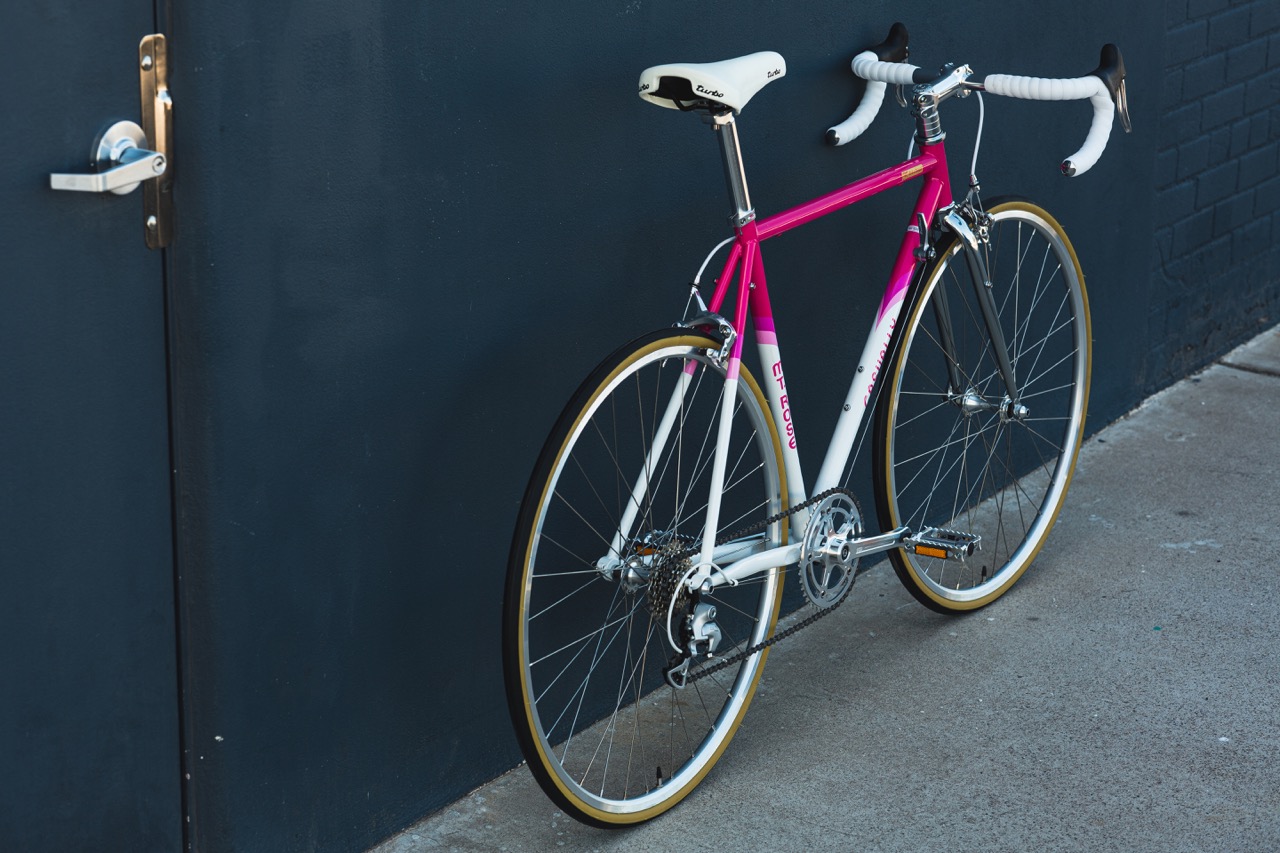 The 4130 Road is State Bicycle’s first geared-road bike offering, so they want you to know that they have spent time on the smallest details. For example, “the ornamentation on the brake levers, hubs, brake pad holders, saddle and more”. 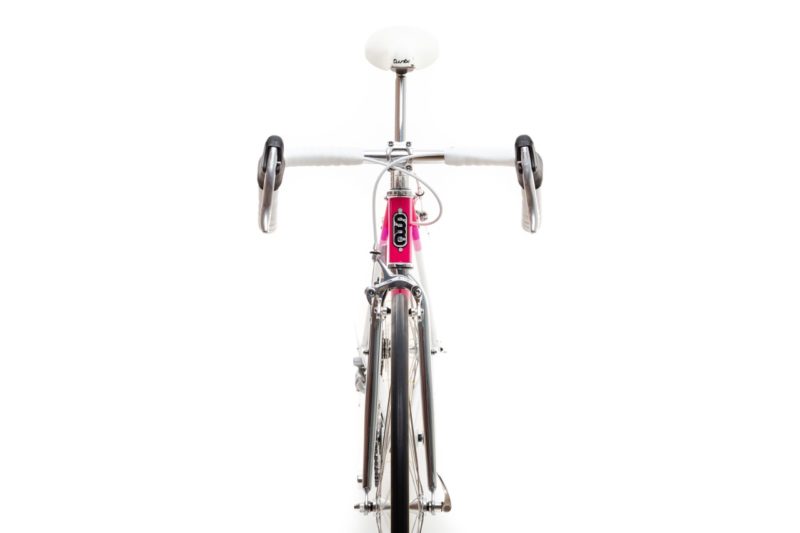 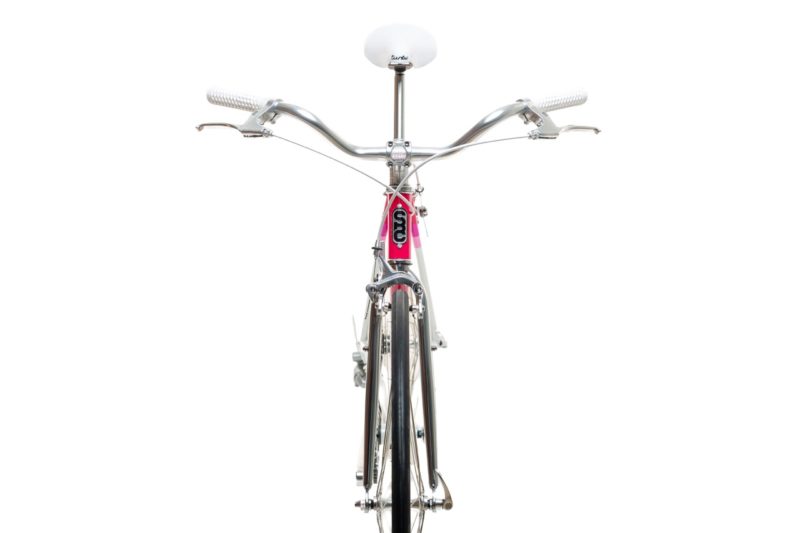 See more at the link below!