Landa: Giro d’Italia could be my first Grand Tour win 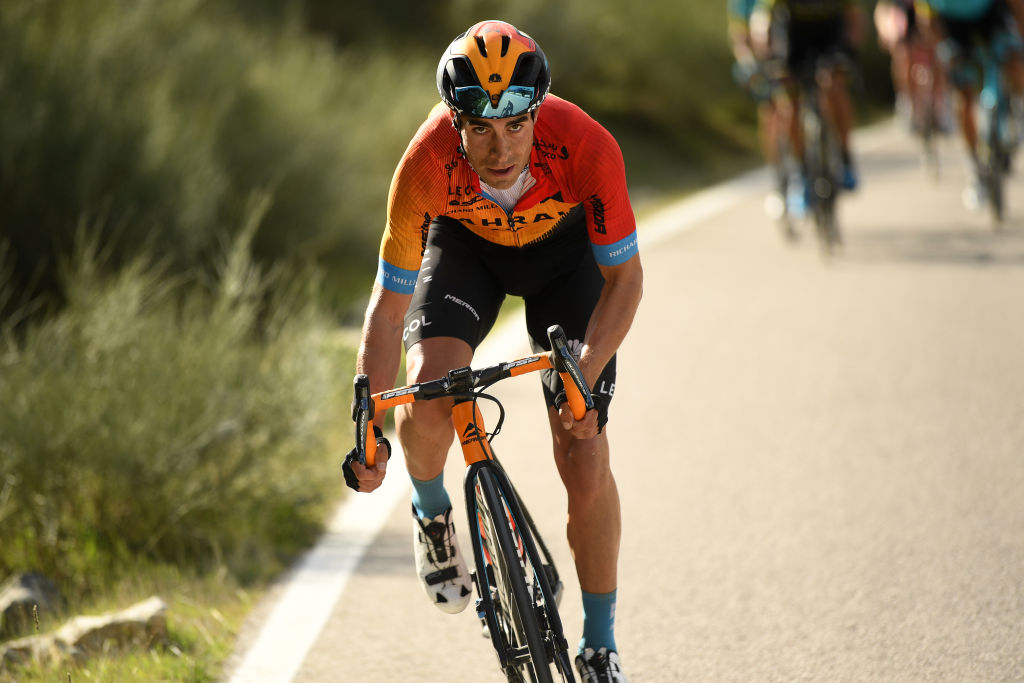 Two years after he lost his podium position in the Giro d’Italia on the last day possible, Mikel Landa (Bahrain Victorious) returns to the Italian Grand Tour with unconcealed ambitions to go much higher than a top-three placing.

Landa last raced in the Giro in 2019, claiming fourth overall after he was ousted from the podium by Primož Roglič (Jumbo-Visma) in the final time trial. While he then went on to claim sixth in the Tour de France, his prior successes in the Giro have included a King of the Mountains title in 2017 and a third place in the 2015 race, the latter his only top three finish in a Grand Tour to date.

However, after a rock-solid spring where he finished on the podium in Tirreno-Adriatico and eighth in the Itzulia Basque Country, Landa said he has started the race feeling confident of his chances in his sixth Giro d’Italia and, at 31, his 15th Grand Tour start.

“I’m in good form, and this could be my first one,” Landa said on Friday when asked if he was in the Giro to try and take pink in Milan. “This is a great opportunity for me.

“My rivals are much better specialists in the time trial, but there are a lot of mountains and we’ll take advantage of that.”

The Basque rider has spent a hefty chunk of April training at altitude in Tenerife, he told reporters, followed by some long training rides to build his endurance. Asked what he needed to turn his fourth place of 2019 into his first top three in a Grand Tour in six years, Landa answered “a little bit of good luck and no setbacks.”

“I’ve got a lot of experience now, but I hope I’ve learned from my errors in the past and that I’m not going to make too many more.”

When it came to key allies in the race, Landa said he had no doubt that he could coordinate well with teammate Pello Bilbao, a top-five finisher in the Giro d’Italia and who showed excellent form in the Itzulia Basque Country and again in the Tour of the Alps.

His key rivals, he said, Egan Bernal [Ineos Grenadiers] and Simon Yates [Team BikeExchange] were what he called “the reference points.” But when asked to name another, he immediately answered “Hugh Carthy [EF Education-Nippo],” who claimed his first Grand Tour top three in the Vuelta a España last November.

Landa may be on familiar terrain in many ways in the Giro given he first raced it way back in 2014, but he admitted he has not done any recons of this year’s three time trials.

In any case, Landa’s motivation to do well appeared to be close to unbreakable in the final countdown to the Giro, with his condition, he insisted, close to its maximum level.

Matthew Glaetzer: From cancer to a shot at Tokyo Olympics track cycling medal

How to 3D-print titanium with Bastion Cycles