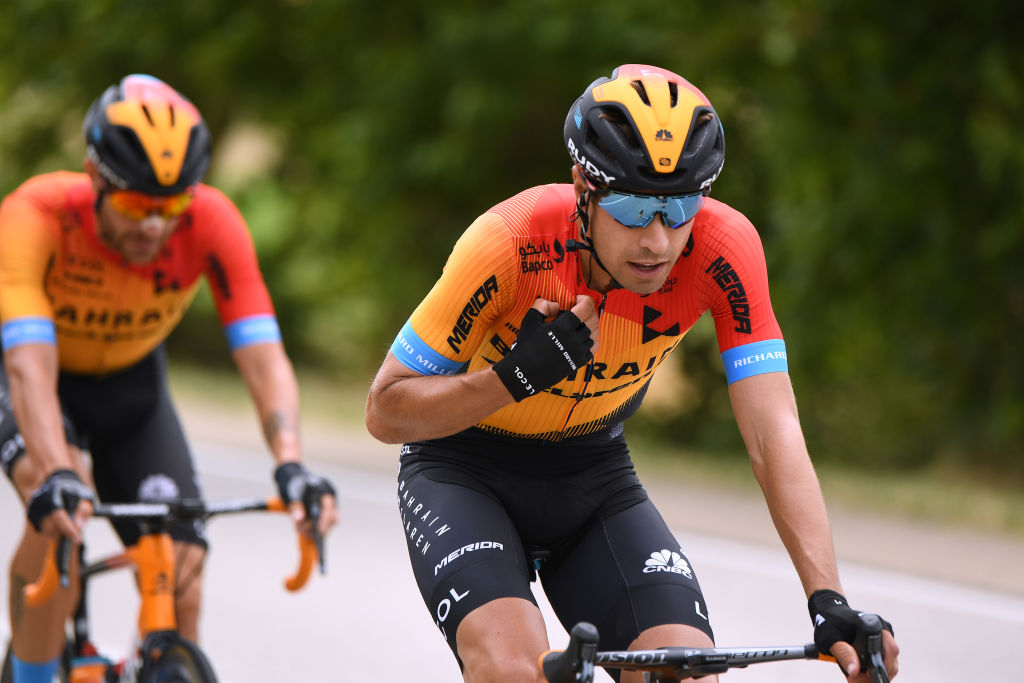 Mikel Landa (Bahrain-Victorious) has confirmed that he is likely to tackle the Giro d’Italia and then the Tour de France in 2021, in a return to his strategy of 2017 and 2019 of doing the two Grand Tours back-to-back in the one season.

“I’ve had a good rest, I’m ready, and I want to start my year in the Vuelta a Andalucia,” Landa told reporters on Friday. “And after Catalonia or Tirreno-Adriatico, I will be in the Itzulia [the Tour of the Basque Country – ed.]

“But my main goal will be the Grand Tours and certainly in the Giro I’d like to be competitive, fighting for the podium and perhaps the victory.”

A rollercoaster Giro d’Italia  in 2017 involving a major crash mid-race saw Landa finish  in 21st place but claim a stage win and the king of the mountains title. Landa’s lowest position in five Grand Tours since then has been seventh in the 2018 Tour de France, and last year he placed fourth in the Tour for the second time in his career.

Asked if his GC-based attitude towards racing the Giro and the Tour would alter this year, Landa was adamant that wouldn’t be the case, though he noted, “If I start to suffer in the third week of the Tour, the goals may change.”

As for the route of the Tour, which has far more time trialling than in 2020, Landa admitted that racing against the clock has never been his strong point

“More than other favourites and who will be there or who won’t, I look at the route to decide my strategy. Obviously the more mountains and the less time trialling the better. I will try to make the most of the mountain stages.”

As for the difference between his fourth place overall in the Tour of 2020 and the one he clinched in the same race 2017, his best GC results since a now distant third place in the 2015 Giro, Landa recognised that his emotions on each occasion were a little bit different

“In 2017 managing to take fourth place wasn’t something I had expected, while this year I was trying to be there. In 2017, I came to the Tour after doing the Giro and this year was a very different kind of season with all the effects of the COVID pandemic.”

After a season in which a new generation of pros clinched the wins in both the Giro and the Tour – Landa’s two objectives for 2020 – the Basque, now 31, was asked how he felt about trying to stem the rising tide of young riders in the stage racing.

“It’s true that they’ve got a lot of qualities as riders and they’re motivated. But with a normal race calendar this year, let’s see whether they can live up to the expectations they’ve generated,” he said.

Landa’s Giro-Tour double will see him miss out on the Vuelta a España for a sixth consecutive year. But he denied a potential last-minute switch of objectives back to the Vuelta hinged on whether the Euskadi Foundation team, which he directs, was admitted to the Spanish race.

“How could that be? Euskadi is one thing and I’m another,” Landa said.

As for the second half of the 2021 season, Landa also said that he would be looking to make it to the Olympic Games, although there are currently some doubts over whether riders participating in the Tour will be able to get to Japan and through the current obligatory quarantine for foreign arrivals in time. Either way,  the World Championships, set to be held in Belgium on cobbled terrain, will likely not form part of his 2021 goals.

Bahrain-Victorious will begin their first 2021 training camp in Altea in eastern Spain on January 13th.

How to watch Kuurne-Brussel-Kuurne 2021 – live TV and streaming

Remco Evenepoel: My dream is to be ready for the 2021 Giro d’Italia