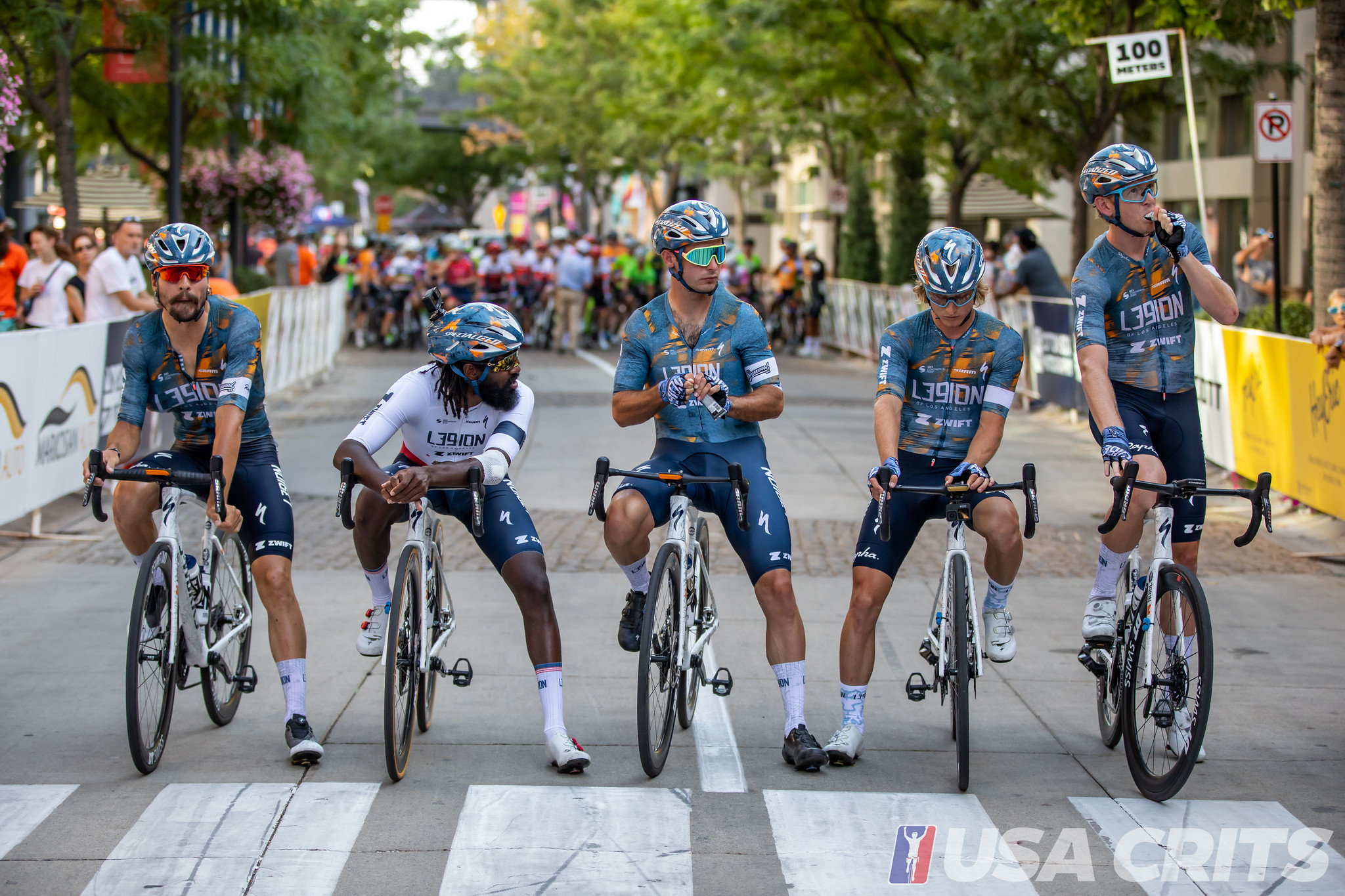 L39ION of Los Angeles have released a statement regarding their decision to pull out of all related USA Crits events after learning that the national series’ Managing Director Scott Morris was temporarily suspended for allegations of misconduct by the US Center for SafeSport.

Cyclingnews first reported on Saturday that Morris was a contractor with Swagger LLC, which produces USA CRITS, and that he has been dismissed by the company.

The date of issue for Morris’ suspension by the US Center for SafeSport was posted on September 14, 2021, but had been under the radar for most of the past month. At this point, SafeSport has not made public the nature of the allegations facing Morris, simply listing ‘Allegations of Misconduct’ next to his name.

The news of Morris’ suspension was immediately followed by several teams in North America pulling out of all related USA Crits events including Aveolo and L39ION of Los Angeles.

“Due to recent revelations and events, as of immediately, L39ION of Los Angeles will no longer be participating in any USA Crits races or events,” the team published to its official Twitter platform Saturday.

L39ION of Los Angeles released a full statement that explained their decision to not participate in USA Crits events, saying “it was important for us to take a stand”. The full statement can be read below.

In addition, Tulsa Tough and Boise Twilight have also withdrawn their events from USA Crits after learning that Morris had been dismissed over a SafeSport ban.

According to a spokesperson for Swagger LLC, that released a full statement on its Instagram platform Sunday, the company followed SafeSport guidelines when Morris’ was suspended on September 14, which “restricted him from events and any contact with athletes” and he has since been removed as a contractor.

Morris had been with the company since 2017. Cyclingnews has reached out to Morris and is waiting for a response.

We at L39ION recently became aware of several concerns regarding the organiser of the USA Crit series.  In light of these concerns we felt it was important to make a public statement regarding our future participation in their events.

L39ION of LA was created to advance the sport of cycling, eliminate boundaries, and promote diversity, representation, and inclusion. We want to grow the sport in America and let the American masses know that you don’t need to conform to be a part of the cycling community.

The team is devoted to using our platform to give back to the younger generations and showcase criterium racing in a way where athletes can make a good living competing at home in the US.

We feel that with the above ethos, it was important for us to take a stand. We have built a platform and we intend on using it, and we are so proud to see how many teams and individual athletes have stood beside us in this decision.

We have no doubt the future of criterium racing in the United States will continue to thrive and grow, and we are honoured to be part of that continued growth.

9 Environmentally-Minded MTB Brands Worth Checking Out

Lisa Brennauer exit interview part 1: I won everything I ever wished for in cycling