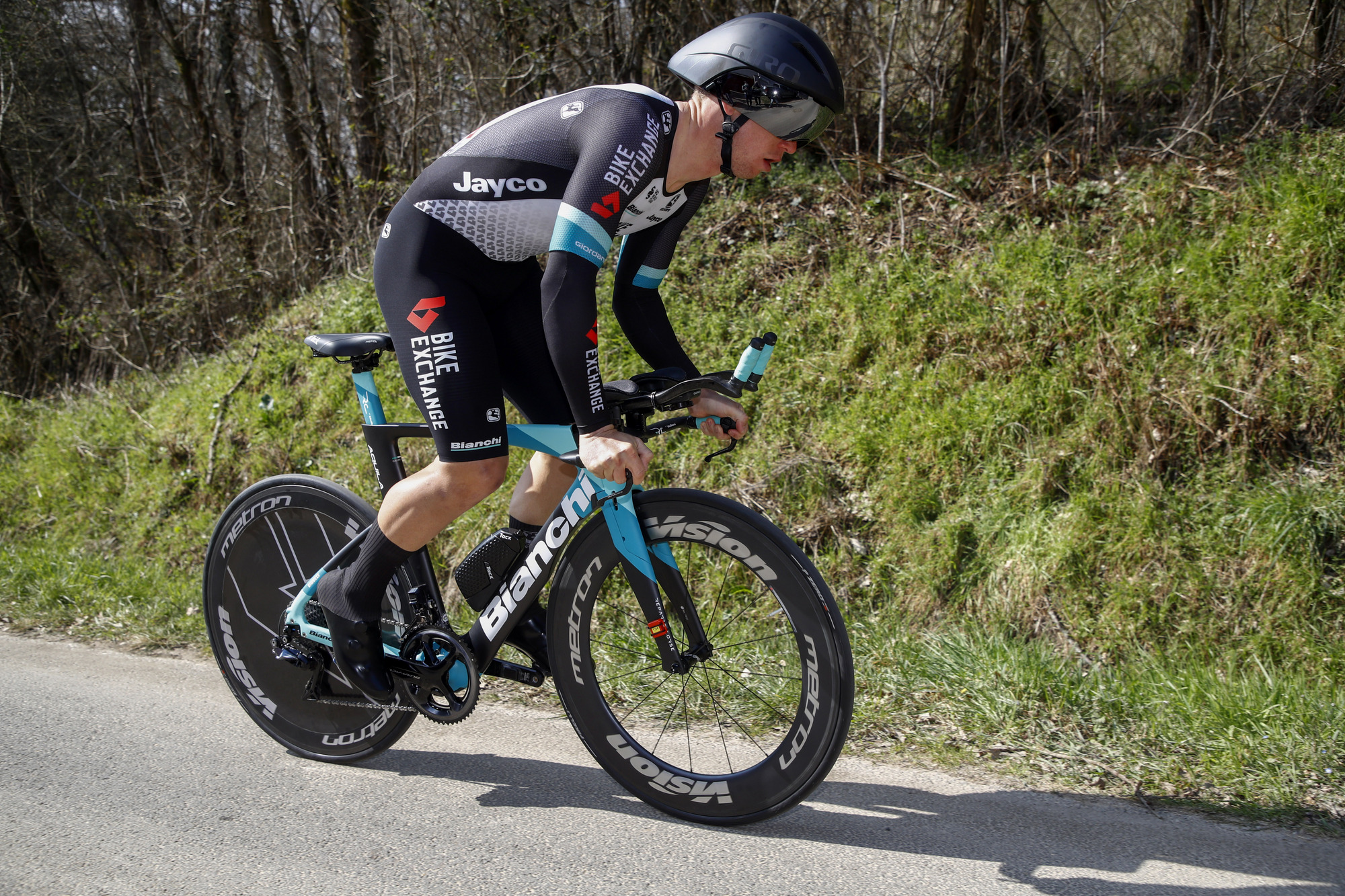 Kaden Groves (Team BikeExchange) hasn’t had the easiest of years, working back from one injury only to soon after face another, which made his first European professional victory in the prologue at the Tour of Slovakia even sweeter.

The 22-year-old’s season started well enough, with the rider winning the elite men’s criterium at the Australian Road National Championships, but he crashed at Paris-Nice and had a couple of months off racing before coming back at the Tour de Hongrie. His next race after that, the Critérium du Dauphiné, however, didn’t end well with the rider caught up in a nasty accident on stage 5 and again facing two months away from racing. Returning at the Tour de Pologne last month, he was then disqualified on stage 3, with the Commissaires Communique stating it was because he was riding behind a vehicle, taking advantage of the aerodynamic benefits to make the time limit.

After that the Tour of Slovakia became the aim, with Groves settling into training so he could “ try for a few stages and go for the podium”.

“I’m really looking forward to the Tour of Slovakia,” said Groves in a statement before starting the event. “It’s been a long time away from racing and it has been a rough year for me with injuries, so I’m very motivated and excited to be back with the team.”

The 1.6km opening stage ran to plan and the Australian rider claimed the prologue victory, stepping into the lead at the five-day tour.

Groves took the win on the pan-flat prologue course through the streets of central Košice, with a time of 1:50.46. That was 0.32 seconds faster than the time of defending champion Jannik Steimle (Deceuninck Quickstep), in second, while Marceli Boguslawski (Mazowsze Serce Polski) completed the podium with a time of 1:51.37.

“We are very happy with today’s result, Kaden has had a rough year for many reasons, and it makes this victory even sweeter,” Team BikeExchange sports director Gene Bates said in a statement. “He has worked hard in this last period preparing for this race and the upcoming races, so it is a great start for the team here in Slovakia.”

“We came here hunting for stage results, so already it’s a great start to the week for us.”

The race running east to west across Slovakia from Sept 15-19, is not without its ascents but most stages are expected to come down to a sprint. The next stage is a loop starting and finishing in Košice with the 158km course including 4 climbs, the last cresting more than 40 kilometres from the finish line.

“The parcours suit me very well this week and we have a good team for the sprints and for sure we will defend and go for the stage tomorrow as well,” said Groves.