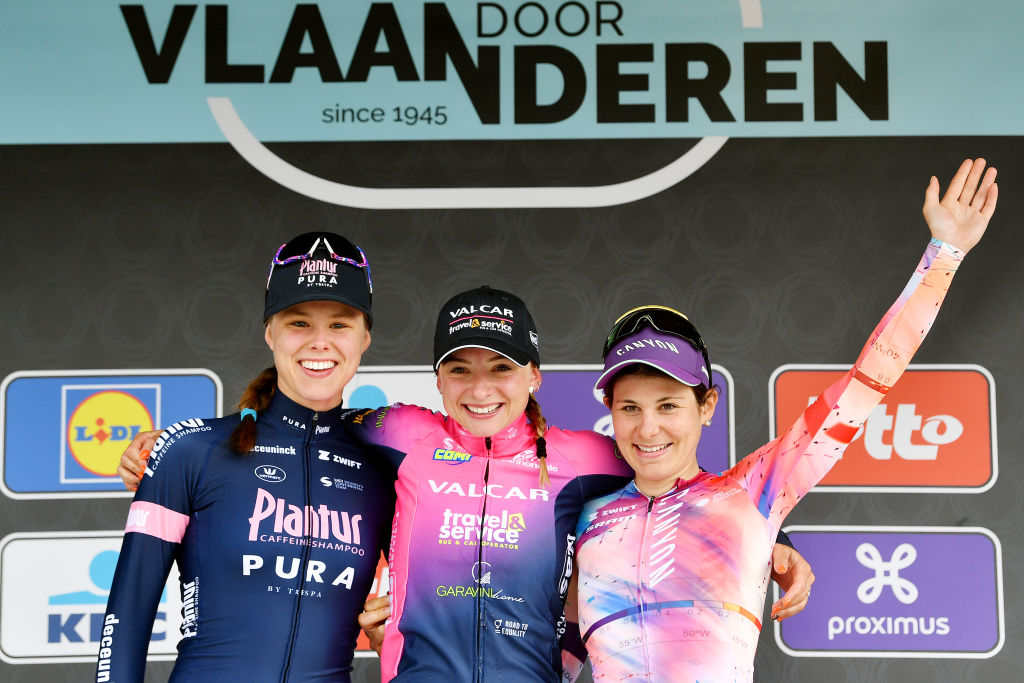 Dwars door Vlaanderen will not make the jump up to the Women’s WorldTour after the UCI denied its application for a top-tier licence for 2023.

The one-day race will remain on the ProSeries calendar, at least for another year, and is scheduled to take place on the same day as the men’s event on March 29 in Waregem.

“We have submitted an application to be part of the WorldTour, just like with the men’s race, but we have not yet succeeded before 2023. Of course, we think that’s a shame, but we just have to accept it,” Nele Dewaele of the organising committee told the Belgian press at an event presentation on Monday.

The organisation’s progressive initiative, Closing the Gap, has committed to a four-year strategy that aims to create equality across all six women’s and men’s Spring Classics in three main areas: live TV coverage, classification on the international calendar and prize money.

Tour of Flanders and Gent-Wevelgem are staples on the Women’s WorldTour calendar, and Omloop Het Nieuwsblad will join them as part of the top tier of events starting in 2023.

As for the three remaining women’s one-day events, Dwars door Vlaanderen and Brabantse Pijl, they will stay as part of the ProSeries calendar, and Scheldeprijs will be a 1.1-level event.

Next March will mark the 11th edition of the women’s Dwars door Vlaanderen and the peloton will tackle a 115km route with the women scheduled to complete their race after the men. The route will include Volkegemberg, Berg Ten Houte, Kanarieberg, Knokteberg, Hotond, Ladeuze, Nokereberg and Nokere, along with seven cobblestone sectors.

“We have already received numerous requests from WorldTour teams, so the field of participants must be nice. It would be nice to have a Belgian rider as the winner. The Dutch have dominated so far, with eight out of ten victories,” Dewaele said.

Dwars door Vlaanderen is held just ahead of the Tour of Flanders and along many of the same roads. Jolien D’hoore expects the event to once again be an indicator of what to expect on April 2.