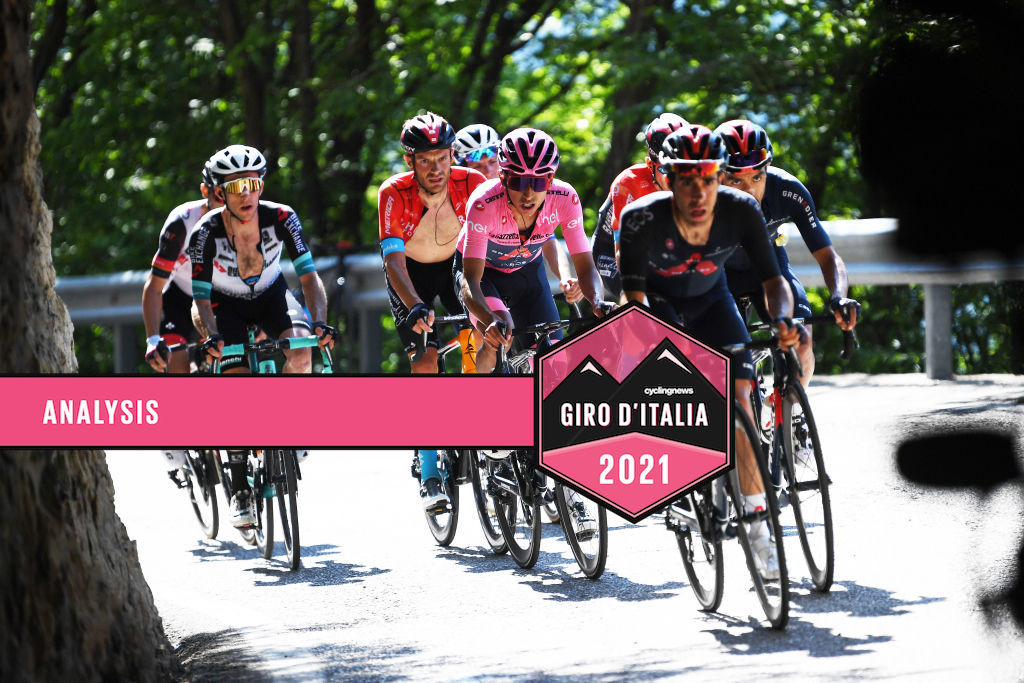 With three stages to go Giro d’Italia followers are asking themselves exactly how vulnerable leader Egan Bernal (Ineos Grenadiers) could be after visibly struggling during his ascent of the Sega di Ala climb on Wednesday.

There is widespread agreement that Bernal revealed an unexpected degree of weakness on the Giro’s fifth summit finish, losing nearly a minute to GC contender Simon Yates (Bike Exchange) in less than four kilometres.

However, what is yet to be resolved is whether this was merely a one-off bad day at the office, or if Bernal could find himself in deeper trouble if there are further attacks.

“Wednesday has got people thinking ‘maybe it’s not over’ when previously everybody thought it was,” Sean Yates, who directed Paolo Savoldelli and Alberto Contador to victory in the 2005 and 2008 Giros and now directing with the Eolo-Kometa team on the race, tells Cyclingnews.

“Obviously Bernal was weaker that day. I watched it later on TV and he was not completely standing still. But he was, virtually. It was a massive change from Monday’s performance,” when Bernal had taken a commanding victory in the Dolomites stage of Cortina d’Ampezzo.

“I guess [Simon] Yates is probably thinking ‘shit, I wish I’d attacked from the bottom’ and if he had, the gaps could have been much bigger.

“But you never know unless you try, either, and hindsight is a wonderful thing.”

As the Eolo-Kometa director sees it, it is impossible, yet, to be sure if it was just an off-day for Bernal or whether third week fatigue is setting in, or, indeed, if the Colombian’s long-standing back injury is playing up again. It’s also important to remember that as things stand, Bernal has a solid 3:23 lead on Yates, his team are looking good, and there are only three days left to go, so the Colombian still very much has the upper hand.

“But now the chink is there, he could be on the way down like Simon Yates was a few years ago in 2018 when he lost the race late on, and it’s almost certainly given people ideas about attacking,” Yates told Cyclingnews.

“Not least, BikeExchange, who haven’t won a stage yet, and QuickStep, too, with [João] Almeida obviously on the up as well.”

The nearly three minute gap that Simon Yates currently enjoys over fourth-placed Alexandr Vlasov (Astana) means there is more margin for the Briton to take risks, too given his podium placing in Milan is more or less guaranteed.

However, as Sean Yates warns, “Simon had a bad day on Monday, so the bottom line is you don’t know what will happen. But Bernal’s rivals will be more willing to take risks, and obviously for Simon a podium is nice, but I’m pretty damn sure he wants to win the race. He’ll throw caution to the wind, and knowing [Bike Exchange DS] Matt White, he’d be pretty up for that sort of attitude, too.”

“Friday’s stage” – with a single first category summit finish – “is not as difficult as Sega di Ala, but if you crack, you crack, it doesn’t matter if you’re going up a five percent climb or 15 percent. It’s obviously going to be an exciting finale to the Giro and it could go right down to the TT on Sunday.”

As for Sean Yates and how Eolo-Kometa are progressing in the Giro, their victory last weekend on the Zoncolan with Lorenzo Fortunato has more than justified their presence, and the sponsor’s investment, given the media coverage that earned.

But as Yates points out as well as the win, “we had the mountains jersey for a day, we got a second place on one stage, a couple of top tens, and had some bad luck on the Strade Bianche stage when [Francesco] Gavazzi fell off or got knocked off. It’d have been tough to win it, but he’d have been better than eight. Plus we’ve got 16th overall with Fortunato, so we’re climbing up the top 20. We’re certainly holding our own.”

Matthew Glaetzer: From cancer to a shot at Tokyo Olympics track cycling medal

How to 3D-print titanium with Bastion Cycles