Fuell makes e-bikes, but this is better

Created by moto designer Eric Buell (as in, Buell motorcycles), the Fuell Fllow e-moto concept makes their e-bike brand a lot more exciting. No, it doesn’t have pedals. No, it’s not a bike. Just click away now if that bothers you. 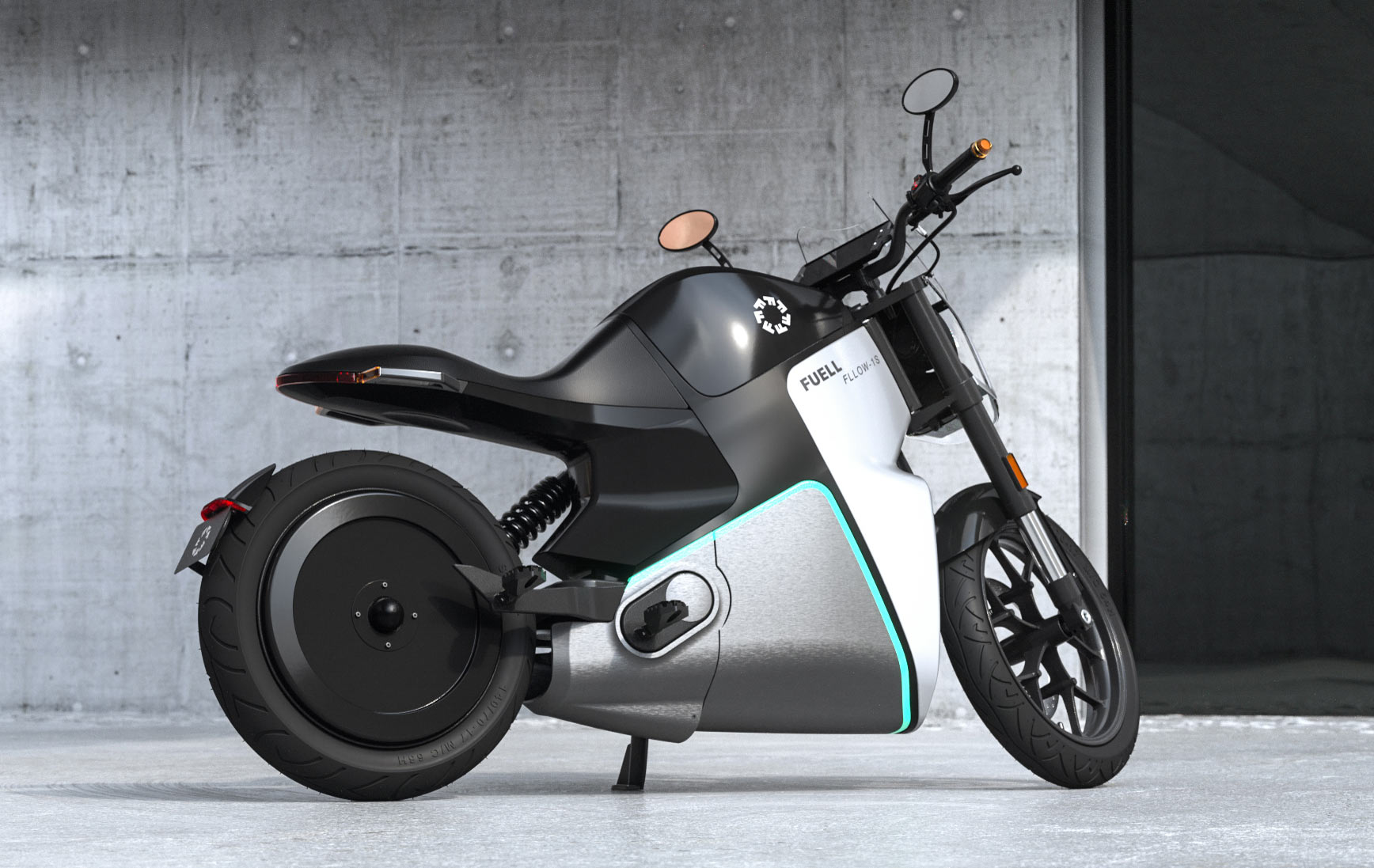 Using an oversized 47hp rear hub motor, the Fllow-1S model’s 10KWh battery packs are hidden inside the frame behind aerodynamic fairings. The patent-pending design incorporates the batteries into the bike’s structure, yet they way you’ll be able to update the battery packs as tech advances. Looking every bit the street bike, the Fllow packs “more storage space than most scooters” inside, too … 50L to be exact.

For those wanting something a little more urban, they’re planning a lower-powered 15hp Fllow-1 model as well. That one may not have the “superbike” acceleration, but should be more manageable in crowded city streets.

It’ll also have two modes -Urban, and Audacious- to tune its performance to the situation, plus front and rear collision warning systems, walk and reverse assistance, and traction control. 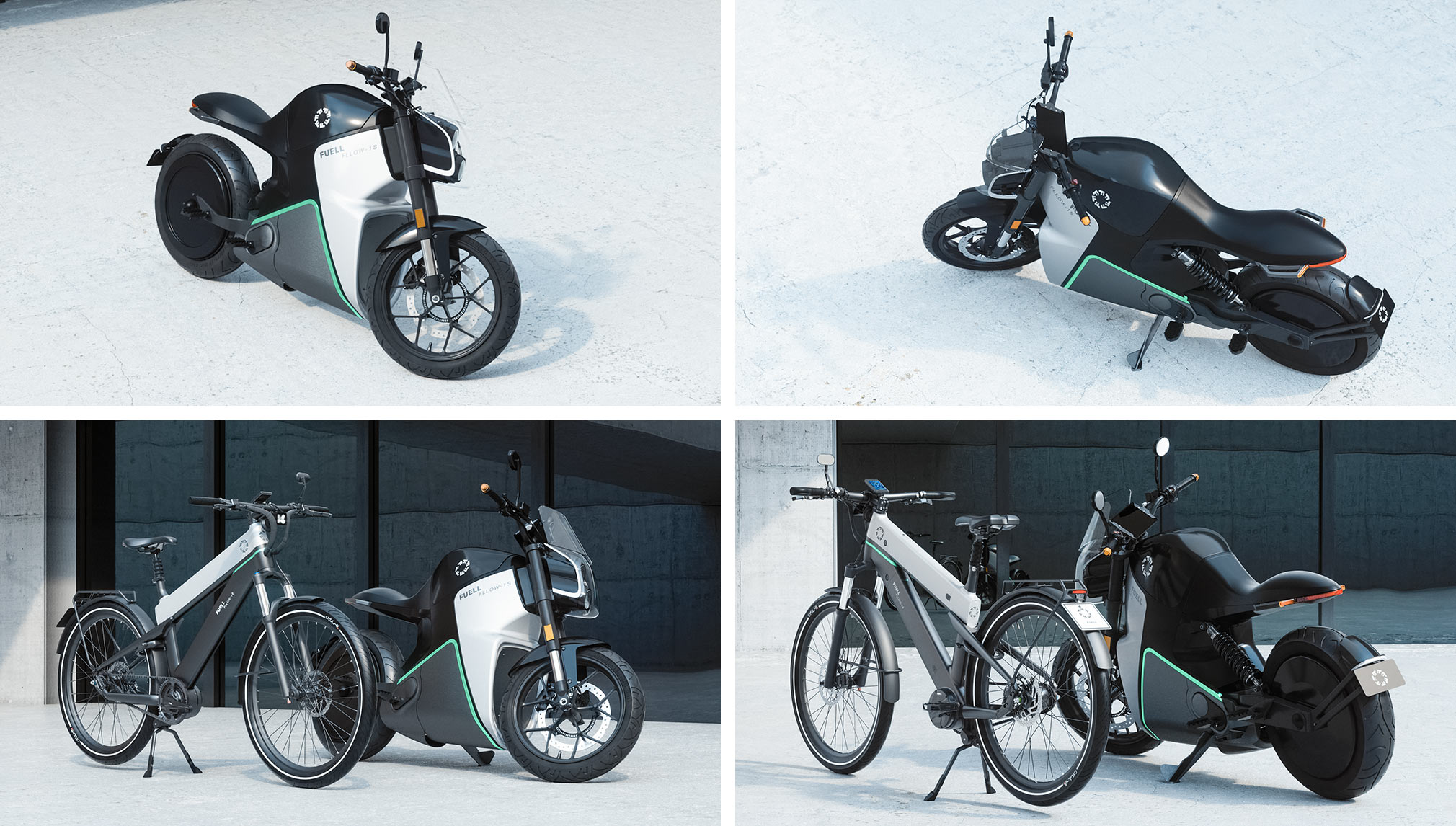 The Fllow shown next to one of Fuell’s electric bicycles.

Designed as an urban commuter, it was originally introduced as a concept in 2019. Then the pandemic shut down the development process, supply chains, and more. Now, they’re back on track, and say that the added time has actually benefitted them as battery technology has improved and prices have dropped as the EV market has exploded. 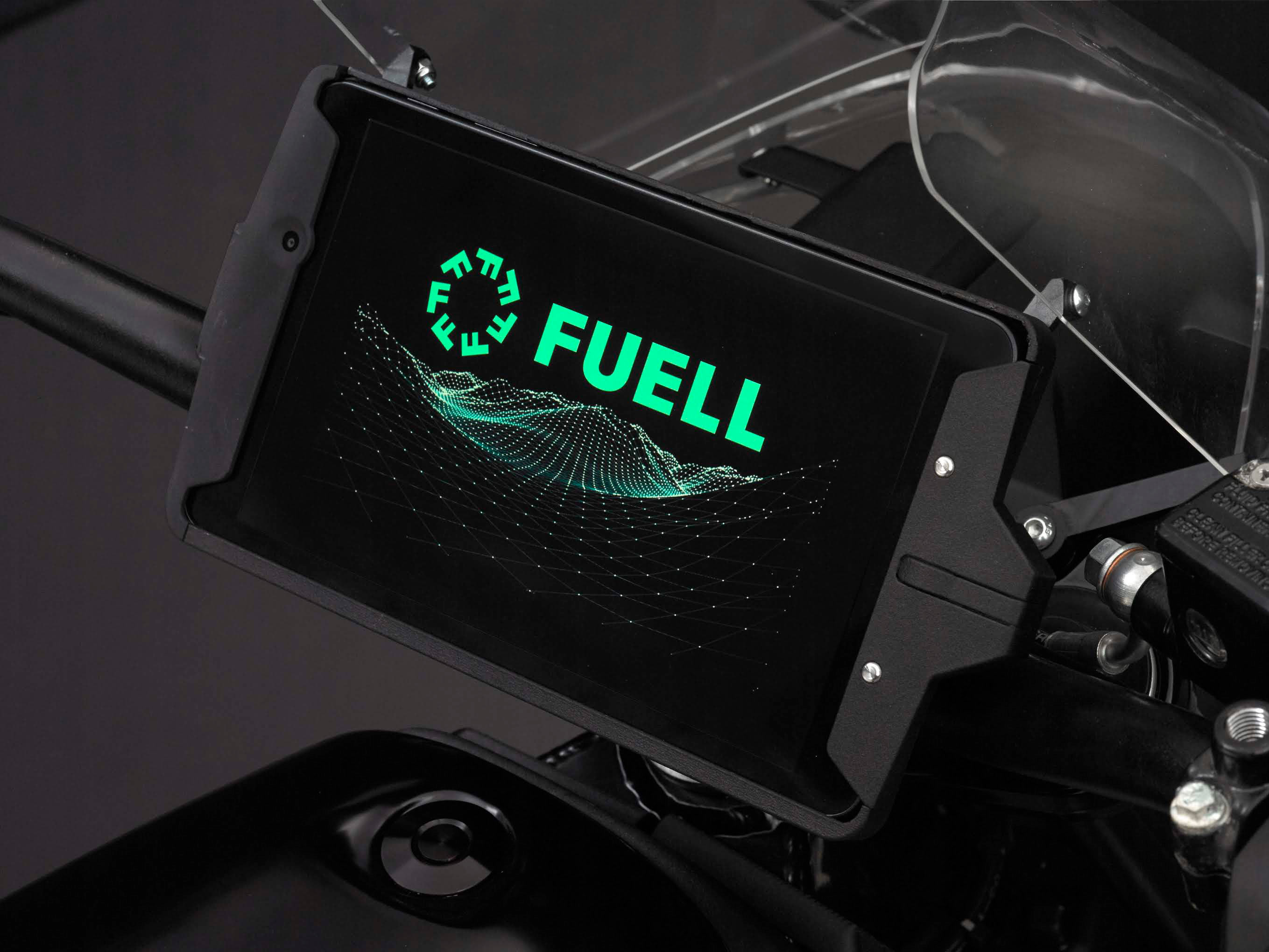 While we still love a bike, electric or analog, for quick trips around town, the Fuell Fllow could be the solution for longer-distance commutes or those without good cycling routes.

As CTO, Eric Buell brings his experience in motorcycle development, manufacturing, design, and engineering to the table. Target specs include a 150-mile (240km) range, 30-minute full recharge, and a highway-capable speed.

And now back to your regular programming…