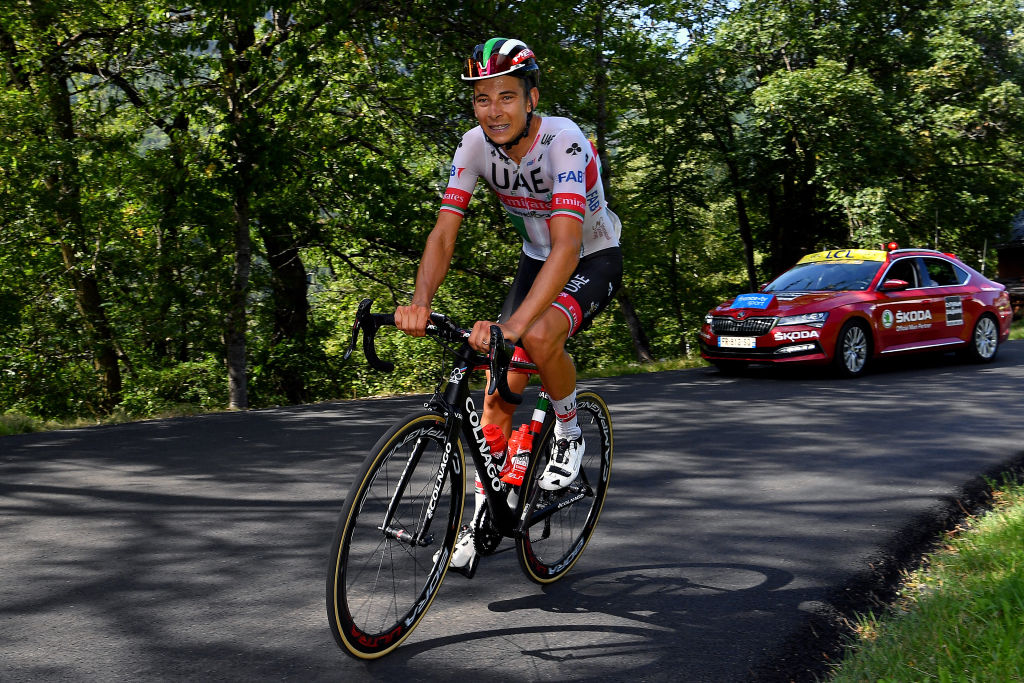 Davide Formolo will carry UAE Team Emirates‘ general classification ambitions into the Giro d’Italia on Saturday, May 8 at the helm of a ‘balanced’ roster with sprinter Fernando Gaviria and stage hunters Diego Ulissi, Joe Dombrowski and Valerio Conti, according to team manager Joxean Matxin.

“We have a very balanced team with a lot of pedigree,” Matxin said. “Davide Formolo will be our man for the GC: he has been in the top-10 three times at Grand Tours and we believe he can do even better and we’re going to support him in that.”

Formolo won a stage in the 2015 Giro and finished 10th overall in 2017 and 2018. “The Giro is a really special race for me. It’s where I had my first professional victory back in 2015 and it’s a race every Italian cyclist dreams of,” he said.

“I’m coming to the Giro from a successful altitude camp in Tenerife and I feel like the condition is good. The opportunity to lead the team is an exciting one. The race is coming very close to my home this year also that is always extra motivation.”

The team will also rely on Ulissi, an eight-time Giro d’Italia stage winner. He will surely be eyeing stage 8 to Guardia Sanframondi that finishes on a wall of a climb perfectly suited to his strengths. Ulissi has struggled this season, having to undergo several tests and delays to training for an abnormal heart rhythm and then tested positive for COVID-19 last month.

“Diego Ulissi is a key rider who has eight stage wins to his name and will have his chances to go for the win on days that suit him. Valerio Conti and Joe Dombrowski both have excellent track records at the Giro and will be key helpers but could see their own opportunities depending on how the race unfolds,” Matxin said.

Gaviria has five Giro d’Italia stages to his name and won the points classification in 2017 and will have his trusted lead-out men Max Richeze and Sebastian Molano at his disposal in this year’s race.

“We know the sprinting level will be high here and we have a block of sprinters led by Fernando Gaviria with Richeze and Molano who will be disputing the flat stages. We have a very promising talent in Alessandro Covi who will make his Grand Tour debut. It’s a very important race for the team and we will aim to be protagonists on every stage.”

Dan Martin: I’ve got zero expectations for the Giro d’Italia