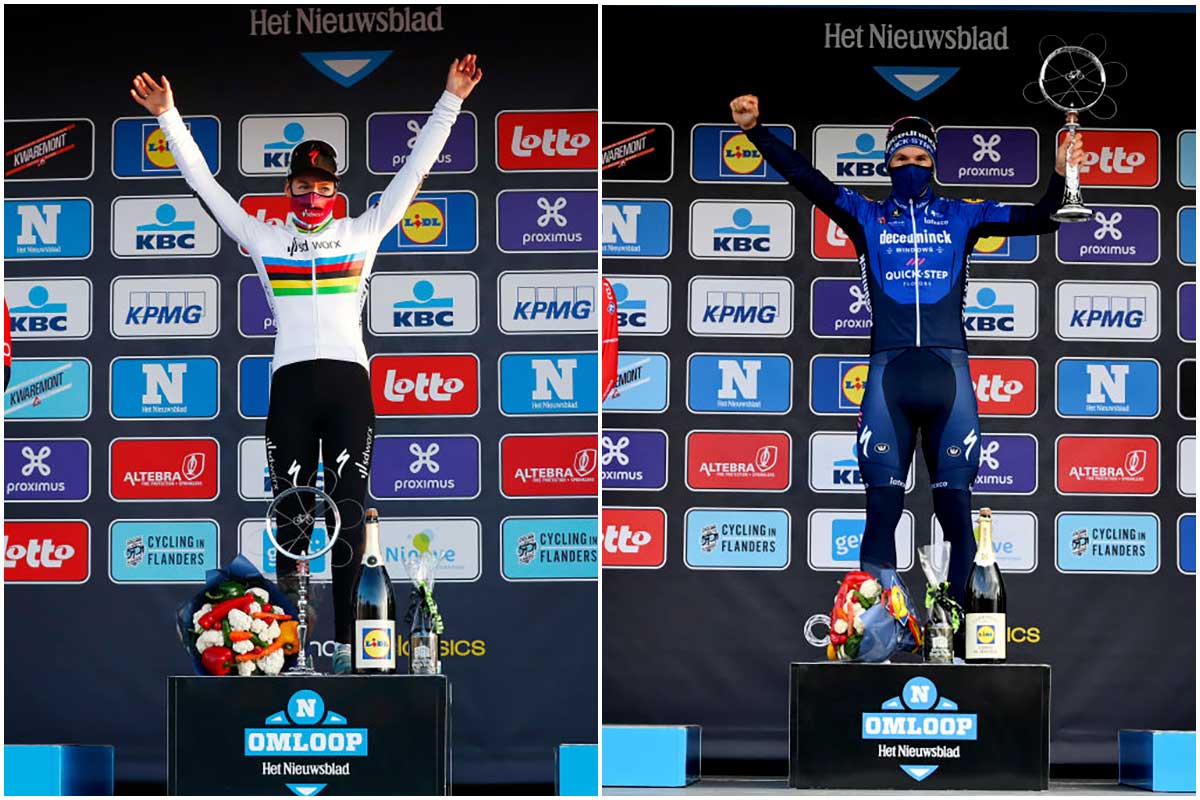 The discrepancy between the men’s and women’s payouts has reignited a long-running discussion over a push for equal prize money in cycling.

Flanders Classics CEO Tomas Van Den Spiegel has stated that the higher priority was placed on first-ever live coverage of the women’s race this year and that the organisation will work toward equal prize money in 2023.

“Quite disappointed with all the reactions we are getting about prize money after all the financial investments we have continuously made into women’s cycling for years now,” Van den Spiegel wrote in a post on Twitter on Monday.

“This year alone around six figures were invested into moving the race up a category and into a first time tv production. If equal pay is all you are asking for you clearly have no idea about the challenges women’s cycling is still facing. Of course we will keep investing, we will try to stay the driver for change and we will keep pushing for equality in cycling in the near future.”

These payout amounts meet the requirements stipulated by the UCI for women’s ProSeries and men’s group two WorldTour events.

Flanders Classics announced ahead of the race that they would be providing live coverage of the women’s event for the first time this year. Currently, the only events required to offer live broadcasting of women’s races are those that are part of the Women’s WorldTour. When organisers of 1.Pro races, such as Flanders Classics’ Omloop Het Nieuwsblad Elite Women, or other lower-level events, put their dedication and finances toward live broadcasting without it being mandated, such efforts can be applauded by the cycling community and racers alike.

The live broadcasting of Omloop Het Nieuwsblad Elite Women, however, only showed the last 35km, but watching at least a part of how the race unfolded before Anna van der Breggen secured a solo victory was welcomed by many viewers.

Daam Van Reeth, professor Faculty of Economics and Business, KU Leuven, pointed out in a post on Twitter that the Dutch TV audience at NPO Start, a video on-demand service of the Dutch Public Broadcasting, for Omloop Het Nieuwsblad Elite Women was almost double the audience of men’s race. Those figures included approximately 330K and 21.5 per cent share for the women and 170K and 18.6 per cent share for the men. “This is a huge result,” he wrote.

The discussion regarding equal prize payouts at men’s and women’s races has been at the forefront of professional cycling for a long time. Some organisers have gone ahead and offered equal prize money, without it being mandated, such as SweetSpot that organise both the Women’s Tour and the men’s Tour of Britain. SweetSpot brought parity to the event’s prize fund with the men’s Tour of Britain in 2018, and set at €97,880 in 2019.

Part of the discussion surrounding the progress in women’s cycling, however, focuses on whether live broadcasting is more important than equal prize money.

Former World Champion Annemiek van Vleuten stated in an interview with Cyclingnews in 2018 that the three major areas to focus on, in her opinion, were live broadcasting was the most important, followed by women’s events better aligning with the men’ WorldTour, and then minimum salary requirements, which is now required of all Women’s TourTeams.

Van Vleuten noted, at that time, that if there were prize money, it should be more equal in comparison to the men’s fields, but that prize money, in and of itself, was not the highest priority in building the professionalism of women’s cycling.

That year, Van Vleuten won the overall title at the Giro Rosa, and she revealed she earned €557.30 after the total winnings of her team at the Giro Rosa were split between 10 riders.

In the case of this year’s Omloop Het Nieuwsblad, some questioned why the event couldn’t offer both live broadcasting and equal prize money, also suggesting that the men’s and women’s prize purses could be pooled together and then split evenly among the fields.

However, Van den Spiegel told Cyclingnews that it’s not possible to pool the prize money and split it evenly, based on the UCI’s prize payout scales for women’s ProSeries and men’s group two WorldTour events. He also said that he would need additional funding of up to €180K to pool the prize funding, while also following the UCI’s payout scales requirements, in order to provide equal payouts across all Flanders Classics events.

The specific action points for Closing the Gap include; hosting women’s events in conjunction with all six of their Spring Classics offer for the men’s peloton, which they have already met in 2021: Omloop Het Nieuwsblad, Gent-Wevelgem, Dwars Door Vlaanderen, Tour of Flanders, Scheldeprijs, and Brabantse Pijl.

In addition, the initiative aims to move up one category with at least one race every year. For example, Omloop Het Nieuwsblad Elite Women moved up from 1.1 to the ProSeries, and that included a net investment in fees of €51K.

The initiative also aims for equal prize payouts by 2023.

“We would need an extra 180k this year. Even in non-covid times this would make for a big challenge,” he wrote. “My fear is that you will see races disappear from the calendar if this process does not respect the right timings. We aim for 2023.”

Quite disappointed with all the reactions we are getting about prize money after all the financial investments we have continuously made into women’s cycling for years now. #OHN21 #OHNWomenMarch 1, 2021

I do absolutely understand the concerns about equal pay in cycling and I do not mind the debate but let me try to give you some more context. Cycling in general, for most stakeholders (there are few exceptions most of us know), is not the most economically attractive sport.March 2, 2021