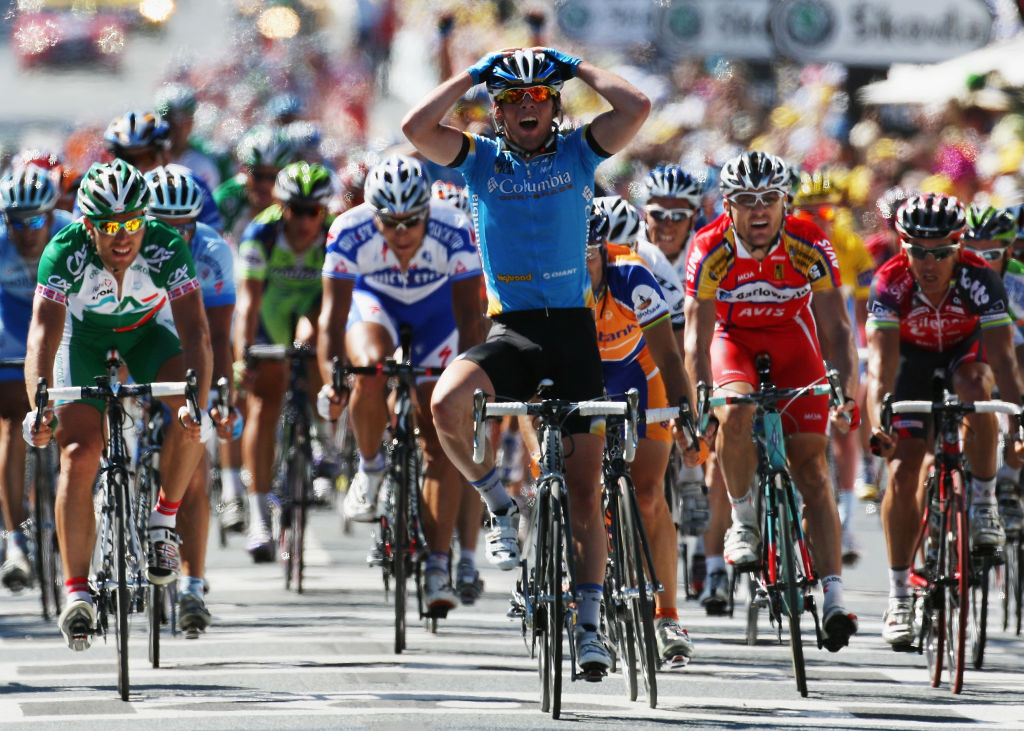 These days Bernhard Eisel might be on a race motorbike and commenting for television at the Tour de France but he was once Mark Cavendish’s protector and teammate in the mountains at the biggest race on the calendar.

The pair go back decades and first roomed together at the Tour back in 2007 when the pocket-rocket sprinter abandoned on stage 8 having missed out on a stage win.

However, a year later, Cavendish bunked up at the Tour once more with the British rider winning four stages. The first of those wins came at Châteauroux, where the race returns today, and according to Eisel that memorable victory changed everything.

“That first win in Châteauroux was a special memory,” the Austrian told Cyclingnews after another long day on the motorbike at this year’s Tour de France.

“I think we caught the break with just a few hundred meters to go but our first Tour together was in 2007. That first year it was a complete mess. We never got it right and he practically crashed never every single day. It was just too stressful for all of us but you could see the potential was there.

“But winning in Châteauroux in 2008 changed everything. It was day 5 and from there it just snowballed. He won three more stages before leaving the race. The thing that stood out was that he always had that passion and dedication for the Tour, even when he was an immature kid who had just won his first Tour stage. He was already a bit of a rebel in the peloton and was willing to speak his mind but Châteauroux changed everything.”

As well as being a key part in Cavendish’s leadout train at T-Mobile, HTC, Team Sky, and then Dimension Data, Eisel’s other main duty when helping Cavendish came in the mountains. Not recognized as a climber, Cavendish has always suffered through the mountains but with every pedal stroke, he could always count on the reliability of Eisel, who was a constant crutch of support and encouragement.

“I just had to help get him over the mountains and make sure that he saved as much energy as possible,” Eisel said rather modestly. “It was harder for him than it was for me but I had to help keep him under control and motivate him.

“There were times when wasn’t hearing what I was saying, and was just in complete pain mode and regretting being in the race but we just plugged away and kept calm. We made up some huge time losses on the downhills but there were times when I had to make him sit up on the climbs and lose time because we always had to stay in the zone and measure our efforts. We just formed a real bond.”

According to Eisel, he always knew that Cavendish had the potential to be an enormous success, however, few would have predicted that the sprinter would be sitting on 31 stage wins at this point or that he would be closing in on Eddy Merckx’s record of 34.

“Mark always mentions Scheldeprijs in 2007, when he won practically on his own but for me, the breakthrough moment when I realized how special he is, was in was the 2007 Volta a Catalunya where he won two stages. It was just incredible, the speed that he could go at. We said that if he could lose weight then he could win anything.”

“I mean we knew he was good in 2007 at the Tour but it just didn’t work. That happens sometimes. There were his own expectations, but that, and being a rookie in the Tour was a bad combination. You could always see the potential speed with him though. It was always there. That second kick in the sprints was just something else but mentally he’s the strongest rider in cycling. If he has an idea in his head then he just dedicates everything in that direction.”

This year’s turn-around in form and fitness for Cavendish has been spectacular and now in the green jersey he several more chances of adding to his 31 stages before the race reaches Paris in just over two weeks. For Eisel, one of the most impressive aspects of Cavendish’s career has been the number of times he has come back after seemingly been written off by the media and those within the sport.

“We roomed almost all the races together and we all know that Cav is a character. It wasn’t always easy with him but when you understand him and understand the pressures that he goes through when it comes to being up there and delivering, especially when the media keeps on expecting more, then you start to learn more about him and how he’s a leader.”

“How many times have people questioned if he could win any more? Thirteen years ago he won his first bike race and just three leaders later they were saying Cav is done. Now look.”

Preview: What you need to know about the elite women’s road race at Flanders Worlds