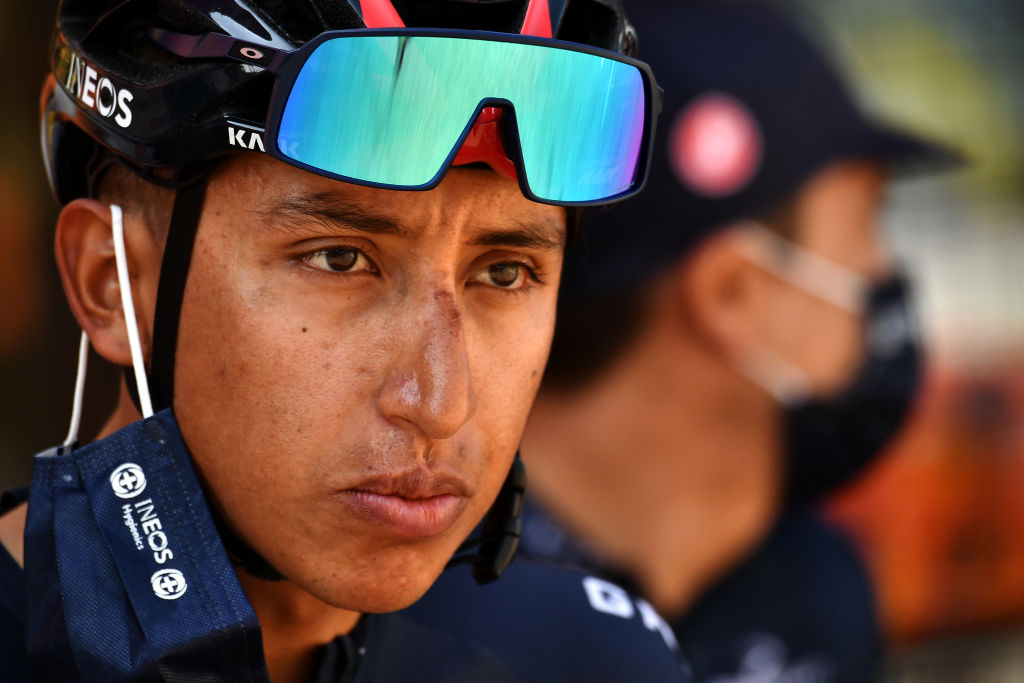 Egan Bernal has travelled from Colombia to Europe and is expected to begin his 2021 season at next week’s Volta a la Comunitat Valenciana in Spain before riding the Tour de la Provence in France.

With the Colombian national championships postponed due to the COVID-19 pandemic, other Colombian riders are expected to travel to Europe in the next few days to ensure they are ready and acclimatised for the start of the season.

“Final details before starting the 2021 season” a text said on the post, indicating the test was to measure the balance of power in his legs.

Bernal has not raced since September, when he abandoned the Tour de France after stage 16 due to severe back pain. He later revealed that a leg length imbalance had lead to scoliosis of his spine. During the time off his bike, Bernal worked hard to treat his problem and also underwent a careful assessment of his bike position.

He said he was able to ride without pain three months after leaving the Tour de France and has recently upped his training intensity while at home in Colombia.

In late December, Bernal appeared to indicate that he would once again target the Tour de France this season, but in an interview with La Gazzetta dello Sport in early January, the Ineos Grenadiers leader said that he still had the Giro d’Italia in mind, perhaps as a way to return to his best form for the Tour de France.

“In an interview I did in Colombia, it came across that I was preparing for the Tour. But the Giro comes first in the calendar, and in my head, option number one is to be at the start. It would be special,” Bernal said.

“I don’t know if I would have the condition to go there as team leader, or whether it would be to help teammates, to help a captain who was going better than me. But that doesn’t mean that it’s been decided; we have to define things with the team and see how my recovery goes.”

He added that he would start his season in early February and the Volta a la Comunitat Valenciana organisers have confirmed his presence in the five-stage race that begins on February 3.

“I feel good, I’m super motivated,” Bernal said. “I haven’t raced for almost four months. I’m counting on starting again in early February, even if I won’t be at my best.”

A growing number of early-season races have also been postponed or cancelled including the Tour Down Under, the Vuelta a San Juan, Challenge Mallorca, the Vuelta a Andalucía, the Volta ao Algarve. However the Volta a la Comunitat Valenciana is finalising the details of their race.

Cyclingnews will have full coverage, with live updates, reports and news from all the European racing.